Has your boss told you to stay home if you feel ill or show coronavirus symptoms? For nearly one-quarter of American workers, that is far easier said than done. According to the Bureau of Labor Statistics, 24 percent of U.S. civilian workers do not have access to paid sick leave – more than 33 million such workers in all.

The bureau’s 2019 National Compensation Survey found, predictably, that the numbers become worse as wages decrease. For those in the top quarter of earnings, 92 percent had access to paid sick leave; among the lowest-earning tenth, only 31 percent had similar access.

The survey highlighted a significant difference between union and nonunion workers. Among those with collective representation, 94 percent had access to health care benefits, and 86 percent could take paid sick leave. For nonunion workers, those figures were 67 percent and 72 percent, respectively.

Despite Friday’s declaration of a national emergency that could free up $50 billion to fight the coronavirus pandemic, the government declined to pump the brakes on its plan to cut off food stamps to at least 700,000 people beginning April 1. It took a judge’s injunction, handed down Friday evening, to delay the implementation of the policy.

The administration wants to tighten the requirements for those seeking the help of the Supplemental Nutrition Assistance Program, or SNAP. If the rule change is put into action, able-bodied adults aged 18 to 49 without children will have to work 20 hours a week, minimum, in order to qualify for the program — this, coming at a time when the economy is stalled, companies are shuttering or suspending operations, and service-worker jobs are drying up due to the virus, as industries put plans on hold while hunkering down.

Previously, states have had the individual ability to waive the weekly work requirements depending upon economic conditions. The injunction, issued by U.S. District Court Judge Beryl Howell in Washington, D.C., preserves that flexibility.

Not only is the pandemic likely to prevent workers from finding jobs that would qualify them for SNAP, but many service workers may find themselves laid off or working reduced hours as such industries as entertainment and hospitality take heavy hits. Nevertheless, Agriculture Secretary Sonny Perdue said last week the administration would proceed with the April 1 date for implementation of the new policy. His comments came three days before Howell’s decision.

Although government estimates put the number of Americans affected by the SNAP rule changes at 700,000, Lauren Bauer, a fellow at the Brookings Institution, said the total may be double that – and that is before factoring in the business effects of the coronavirus outbreak. With the major sports leagues and almost all college athletic programs either suspending or fully canceling spring seasons, service employees at stadiums, arenas and ballparks have been abruptly thrown out of work. How their companies are stepping up to the plate varies widely from organization to organization.

Several teams or owners have already announced plans – most of them short-term – to compensate employees for games they otherwise would have worked. The first to do so was Mark Cuban, owner of the National Basketball Association’s Dallas Mavericks, who said he would continue to pay hourly employees at least through March. Individual athletes, team owners and corporations throughout the various leagues have made similar pledges or contributed money directly to funds set up to help the seasonal employees get through.

UNITE HERE Local 11, which represents 5,600 workers in sports venues in Los Angeles and Orange counties, sent letters to the pro sports franchises in those counties, asking them to “partner with employees to weather the storm of sudden joblessness.” (Disclosure: The union is a financial supporter of this website.) At this point, though, there is no league, conference or venue that can say definitively how long the suspension of games and events will continue. 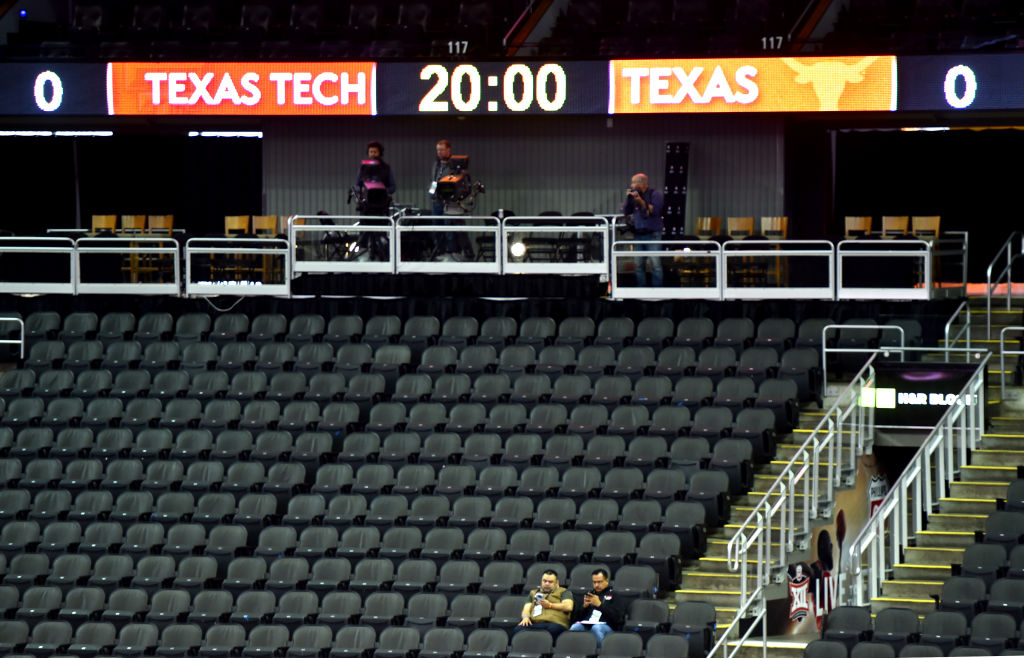 The trickle-down effect of COVID-19-related stay-at-home work orders has hit one of the U.S.’s largest heavy-rail rapid transit systems. With ridership already down more than 30 percent from last month, officials at Bay Area Rapid Transit (BART), which serves San Francisco, its suburbs and beyond, are pondering responses that could eventually include a reduction or suspension of service.

Spokeswoman Alicia Trost said those possibilities would occur only if several train operators become ill, or if California Gov. Gavin Newsom requires transit agencies to stop operating. BART long ago fashioned emergency operating plans in the case of earthquake, terrorist attack or pandemic, and it updates them every few years. No cases of coronavirus have yet been reported on the rail system.

What a suspension would mean for BART’s union-represented employees is not yet clear. Another agency representative, Jim Allis, told the San Francisco Chronicle that reducing service or shutting down the trains altogether “would only be a last resort for BART. We are an essential service. We know that many people can’t work from home.”

That includes workers who are part of the service economy based in San Francisco itself — among them hotel, transportation and restaurant employees; in 2018 the city realized $10 billion in revenue from tourism alone. San Francisco International Airport, meanwhile, serves roughly 60 million passengers annually and employs about 30,000 workers.

BART officials are reaching out to government agencies at all levels to learn what kind of emergency funding is available to them. As companies go into lockdown, large conferences cancel travel plans, and employees are told to telecommute, the decreased ridership is costing the agency up to $600,000 per weekday in lost revenue. Train fares account for about 60 percent of the agency’s budget, officials said.

No Sheltering in Place for California’s Homeless 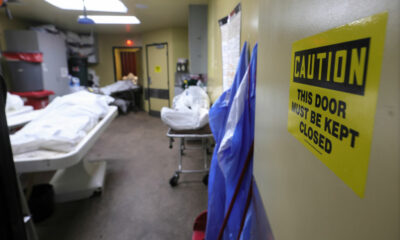 Is it too late for L.A. County to learn from its pandemic mistakes? 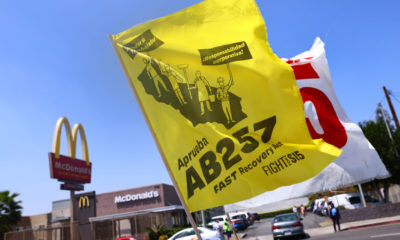 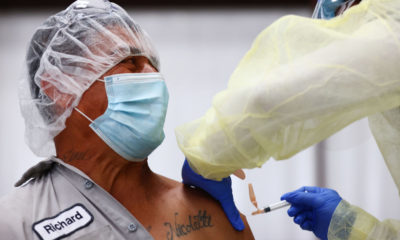 Some workers fear revealing their undocumented status at vaccination sites. It takes the spread of only a few stories to stoke those fears. Thirteen months after the coronavirus ground everything to a halt, California’s ballparks are navigating their way through reopenings. 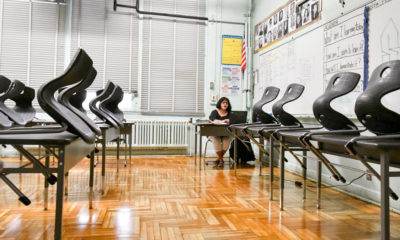 LAUSD survey data shows most families prefer online instruction for the remainder of the school year. 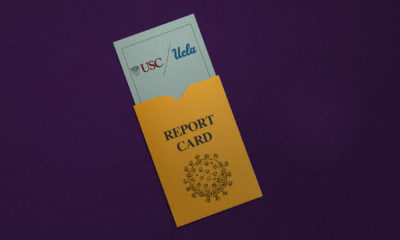 A look at how L.A.’s top universities treated their students, campus workers and professional staff during the pandemic. Los Angeles County’s reopening leads to anxiety for workers, families and advocates — and to hope, too. 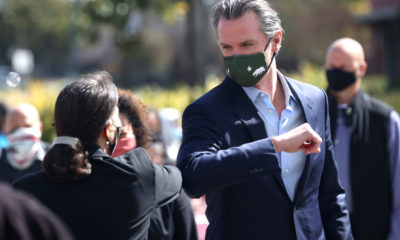 Some public health experts warn the state is loosening restrictions too soon, and fear a new surge. 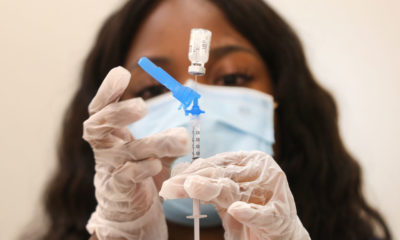 Key takeaways about the roles of power, money and race in shaping America’s response to the pandemic. 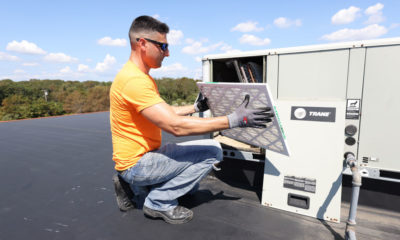 HVAC standards are the elephant in the living room of debates over reopening classrooms. Many schools can’t afford needed upgrades. 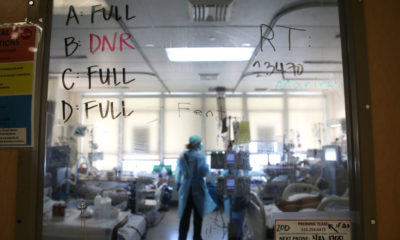 Experts describe the winter surge as a “perfect storm” driven in part by poor planning, staffing woes and a tardy governmental response. 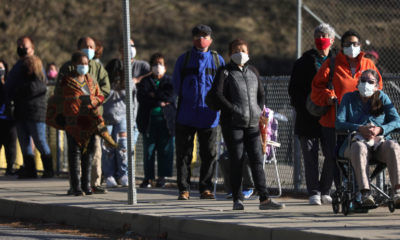 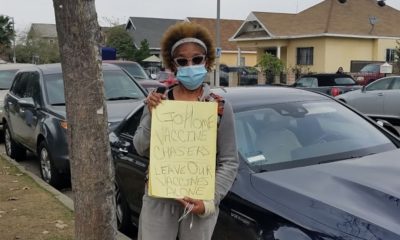 Why are whites more likely to get their shots when people of color suffer more from COVID-19? Differences among school districts are ignored at California’s peril. 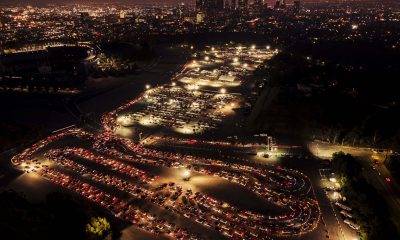 A look at one of the country’s largest COVID-19 vaccination centers.