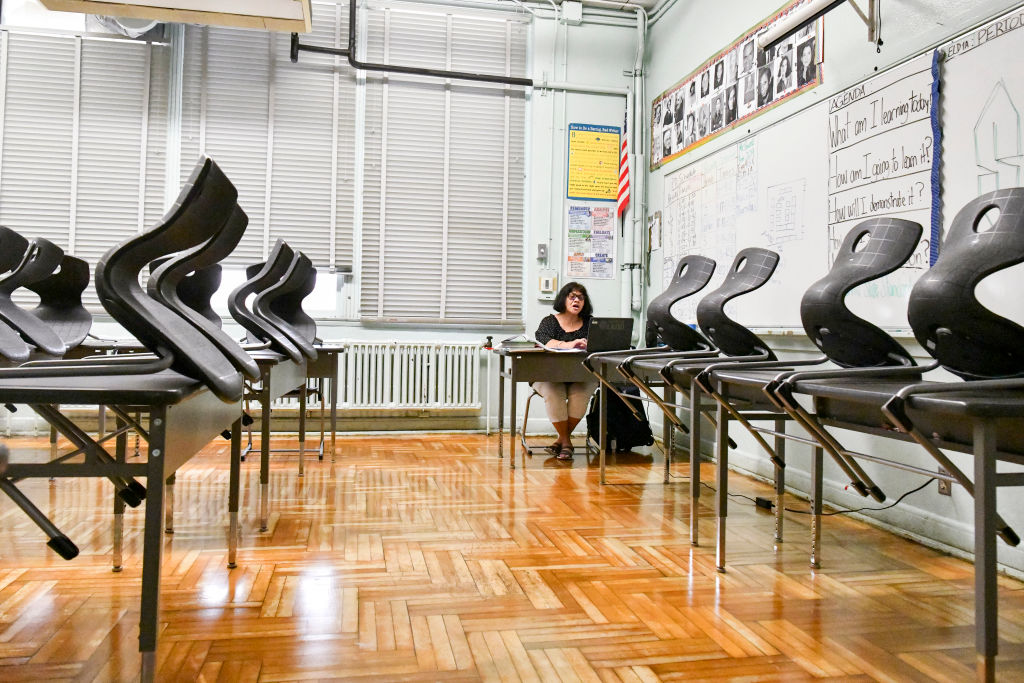 The debate over how, when and under what circumstances to reopen California’s K-12 schools will continue to whipsaw for weeks, and depending upon the strength of some of the teachers’ unions and the resilience and diligence of administrators, some districts almost certainly will run out of time on the school calendar before they run out of differences of opinion.

But there’s no need to overthink the situation. Throughout the state, the stakes have become clearer every day. If you’ve got money and resources, you want your schools open and your kids back in class, you can probably argue for credible ways to make that happen. If you’ve got no money or limited resources, the idea of reopening is incredibly problematic, if not openly dangerous.

In the end, it’s a classic case of the haves versus the have-nots. And that is one reason why any attempt at a one-size-fits-all approach to California’s 1,037 school districts is doomed to fail.

An overriding truth is that the results depend almost entirely upon a district’s ability to spend the money and deploy the resources that could keep mass infections at bay.

Recent research at the University of Southern California brings this notion into bold relief. According to USC’s Center for Economic and Social Research, views on the reopening of classrooms fall very clearly along racial and economic lines. A national survey conducted last month found that 63% of white parents favored a return to in-person learning in some form. Among those earning $150,000 or more, that figure rose to 68%.

And among Black, Latino and Asian parents? More than half of the respondents said they favored a continuation of remote learning, rather than a resumption of in-class instruction.

Those are national numbers, but if anything, California’s divide is more obvious. The massive Los Angeles Unified School District, which comprises more than 650,000 students, is 74% Latino, and the vast majority of its schools struggle with budgetary issues, outdated and sometimes overcrowded buildings, and inadequate air and ventilation systems. The idea of reopening these schools in the midst of a pandemic, without even moderate mitigation efforts, strikes many as irresponsible – and leaves teachers and administrators in often untenable positions.

In some school districts, the question of in person class instruction is incredibly fraught. The schools themselves are largely incapable of spreading desks to accommodate the 6-foot distance recommended by the California Department of Public Health, and even a waiver to a 4-foot distance is problematic. Ventilation systems are outdated and don’t pump enough fresh air through the classrooms to meet safety suggestions. And, as is true everywhere, until March 1 teachers will remain just a small part of the pool of more than 13 million Californians currently eligible for vaccinations, meaning they get their shots when they get their shots.

Beyond this, many schools sit in areas that continue to be disproportionately ravaged by COVID-19. According to Los Angeles County’s COVID dashboard, 63% of the cases for which ethnicity has been determined in the county involve Latino patients, though Latinos comprise only 48% of the county’s overall population. Statewide, Latinos, who make up 39% of California’s population, have accounted for 55% of all COVID cases and 46% of deaths.

It’s no wonder that parents in these demographics are wary about sending their kids back to school. They reside in neighborhoods where essential workers like food and service economy employees have had no choice but to show up to their jobs in person, and where crowded and sometimes multigenerational living conditions have accelerated the rate of disease.

It’s a classic case of the haves versus the have-nots. And that is why any attempt at a one-size-fits-all approach to California’s 1,037 school districts is doomed to fail.

“As cases surge, it’s very clear and very alarming that certain groups are, once again, bearing the greater burden of illness than others,” Dr. Barbara Ferrer, L.A. county’s public health director, said this week. “The [winter] surge shows what happens as the gaps widen between the people living in the highest-resource areas and those in the lowest-resource areas.”

A recent Los Angeles Times survey backs up that notion. The news organization contacted 23 L.A.-area school districts. Ten of them said they planned to reopen at least some classrooms as soon as the county allowed it; all 10 of those districts serve a minority number of students from low-income families. Among the 13 districts that had no immediate plans to reopen, 10 were in communities where a majority of students come from low-income families.

Those kinds of disparities are nothing new, of course – but no broad conversation about reopening schools in California should ever ignore the reality. If directing mass numbers of students, teachers and staff from their homes back into classrooms will drive up COVID infection rates, as it almost certainly will, then the brunt of that pain will be felt in the same communities of color that are already being hammered by the disease and its vector spread.

In Indiana, nearly 40,000 students, teachers and staff have tested positive for the disease since school opened last year, and even that figure is partial, as participation in the state’s data-sharing COVID school dashboard is optional. Michigan this week reported new outbreaks of the virus at several schools that have attempted to reopen. And while national data on the relative safety of opening classrooms is difficult to glean, an overriding truth is that the results depend almost entirely upon a district’s ability to spend the money and deploy the resources – in testing, distancing, masking and other safety measures – that could keep mass infections at bay.

A few months ago, we spoke with Frank Lara, a teacher in San Francisco’s Mission District, about the mechanics of online instruction, the desire to return to the classroom and the chances of making that safe. One takeaway, according to Lara: Even prior to the pandemic, teachers in his district were using their own money to purchase supplies, including Clorox wipes, in an everyday effort to keep their classes free from germs and viruses of all types.

That is a recipe for disaster, and the months since have only driven many school districts into more dire financial situations. Meanwhile, schools in better off neighborhoods and districts push for reopening. It’s a disconnect that will continue for months and perhaps years to come.

Related Topics:coronavirusFeaturedschool closures
Up Next