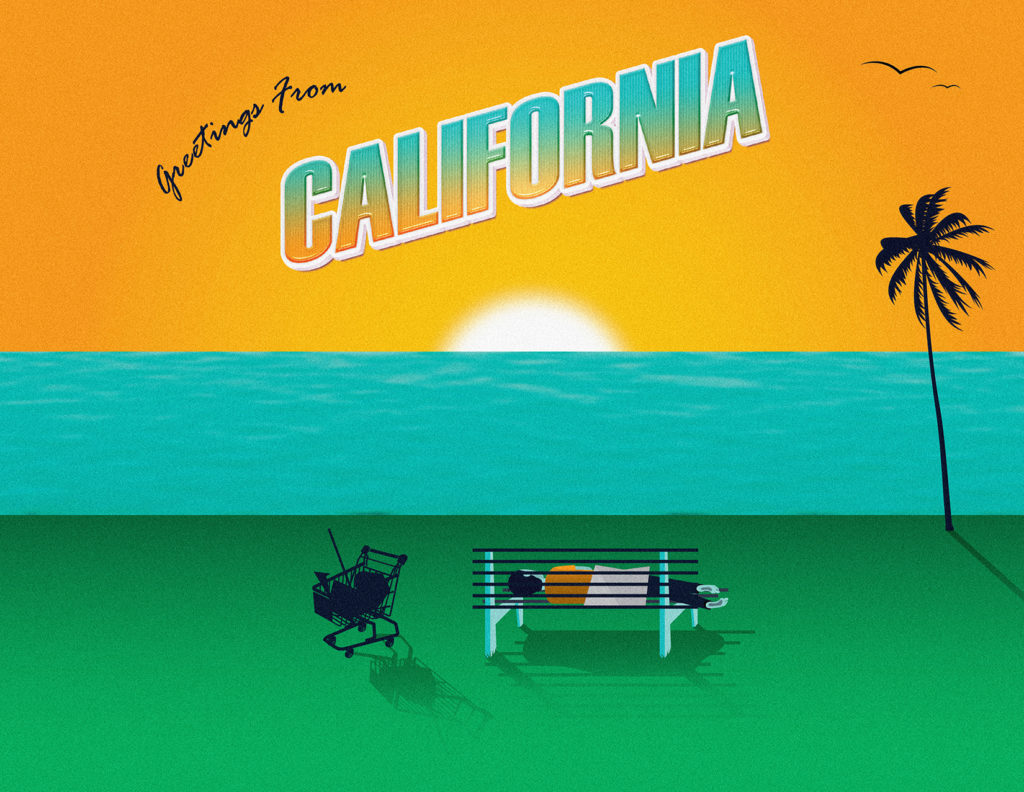 Unlike solutions to many other social crises, ending homelessness will require an act of epic restoration – returning America to a time when we did not have to daily step around tents sheltering the destitute, or look past the outstretched hands of the hungry. Yet there are signs of hope in California and elsewhere, for the editorial chorus of concern about this seemingly intractable problem has lately been accompanied by political actions that have seen voters raise taxes to fund housing and court rulings blocking cities from literally sweeping away the problem with bulldozers.

For the next 10 days Capital & Main will look at homelessness through the eyes of the homeless – specifically, by seeing how they meet basic everyday needs, the fulfillment of which most of us take for granted. We will cite some familiar statistics in the policy discussions that accompany each story, but this series’ main goal is to let readers know exactly how difficult it is for their fellow Californians to find a place to sleep at night, to find food or even to go to the bathroom in safety.

Other stories include homeless policy overviews by Judith Lewis Mernit, Bobbi Murray and Bill Raden, along with profiles by Pandora Young, who encounters the joy of homeless people with their pets, and Kerry Candaele, who reflects on the death of a homeless man.

Although these writers tell us how bad it is on the streets, they also spell out what experiments have been launched to help America’s most helpless. Their narratives will challenge the assumption that the homeless are “other people” – showing, instead, that they may be colleagues we once worked with, or neighbors who suddenly went away.

Living Homeless in California: The Uneasy Sanctuary of Shelters