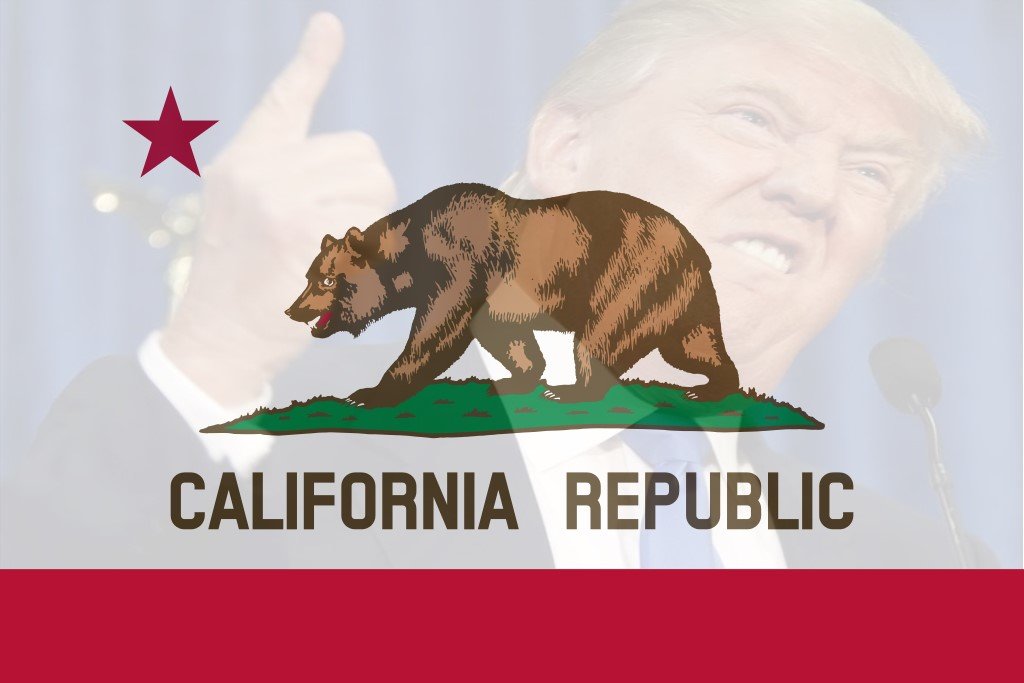 In the otherwise dark year of 2016, California doubled down on its faith in people and the future with major victories for labor, the environment and public education. Here are five ways the Golden State left the light on for the rest of the country.

One: Statewide Minimum Wage Raised To $15 An Hour

The cities of San Francisco, Los Angeles, Seattle and Washington D.C. led the way, but California joined New York as one of the first states in the nation to raise the minimum wage to $15 an hour when Gov. Jerry Brown signed Senate Bill 3 in April. The increase will affect 5.6 million minimum wage employees such as fast-food workers, manicurists and retail cashiers — but also, especially in rural areas, it will boost jobs for workers considered lower middle class, including preschool teachers, bank tellers and nursing assistants.

The increase is phased in, starting at $10.50 an hour on Jan. 1, 2017; it jumps to $11 a year later and reaches $15 by 2022. Most workers earning $20,800 annually today will be earning $31,200 by 2022. Florida Gov. Rick Scott slammed the increase and tried to lure companies to his state by saying the wage hike would cost California “700,000 jobs,” although an analysis by top economists has so far figured that the effects on jobs statewide will be minimal. Jerry Brown acknowledged that, unlike New York’s increase, which happens at a slower pace in less-affluent areas, California’s increase is the same in low-income Fresno as it is in high-income San Francisco, and may be tough on some businesses, as noted in an analysis by the New York Times, but added: “Morally, socially and politically [minimum wages] make every sense because they allow parents to take care of their kids.”

California’s wage hike has added fuel to the national push to raise the federal minimum wage.

In a related issue, California also became the first state to grant overtime pay to farmworkers when Brown signed Assembly Bill 1066 in September. This landmark achievement closed Jim Crow-era loopholes purposely left almost 80 years ago in the 1938 Fair Labor Standards Act; its effects, which will be felt mostly by Mexican immigrant field laborers, flew directly in the face of anti-Latino bloviating by Donald Trump during the presidential campaign.

Coming on top of California’s newly increased minimum wage, which is guaranteed to farmworkers as a per-hour minimum even if they are paid by the piece (which could earn them more), the new state law pays time-and-a-half wages after eight hours of work and double-time wages after 12 hours. In a nod to lobbyists for California’s $47 billion agricultural industry, the changes will be phased in, gradually lowering the legal workday from 10 hours to eight and implementing the overtime pay by 2022. The California Farm Bureau Federation and others opposed the legislation, claiming that farmers will simply run multiple shifts to avoid the higher rates, thus costing workers jobs.

Three: Global Leadership On Climate Change and the Green Economy

California continued its commitment to ecological sanity in 2016, getting rid of sea-life-killing plastic grocery bags, protecting monarch butterflies and banning the sale of ivory and rhino horns, but the state shook the entire world when it doubled down on its already-tough carbon reduction targets. Senate Bill 32 not only significantly lowered state carbon emission targets from 1990 levels by 2020 to 40 percent below 1990 levels by 2030, but the change sailed through the legislature despite resistance from fossil-fuel interests. Coming on top of 2015 increases to the state’s Renewable Portfolio Standard (now requiring the state to get fully half of its electrical power from renewable sources by 2030), this makes California a global leader in clean energy standards.

More important, the new carbon emissions target is a huge boost for the state’s clean tech industry. Already creating a decent number of top-paying union jobs via the state’s unique requirement that utility-scale solar be connected to the state grid, SB 32 and its companion bill, AB 197, will require a rush of new technology and innovation. AB 197 mandates that the California Air Resources Board, which directs air quality regulation, to reduce emissions in neighborhoods most affected by them, such as harbor towns and  neighborhoods next to power plants. That means that cap-and-trade, which allows polluters to go on polluting so long as they buy credits from some company not polluting, won’t necessarily be the easy fix. Rather, as research by Jeffrey Greenblatt at the Lawrence Berkeley National Laboratory and others indicates, the state will need a massive influx of new zero-emission transportation, new energy storage facilities, high-speed rail, biodiesel, newly grown forests, agricultural innovation and a raft of other tactics.

So while America takes a moment to rediscover the Dickensian charms of coal and oil, California will go on doing what it does best, inventing the future. Oh no, thank you!

In one of the most stunning Election Day triumphs of 2016, California’s statewide Proposition 55 breezed to victory with 63 to 37 percent of the vote, taxing the rich to pay for shortfalls in public school and community college funding.

Prop 55 is actually an extension of Prop. 30, a 2012 initiative passed in the wake of the Great Recession of 2008. School budgets for grades K thru 14 (grades 13 and 14 are considered community college years and are also partially state-funded) took huge hits during the recession, resulting in teacher layoffs and cuts to programs throughout the public schools, particularly in the arts. High school graduates faced with poor job prospects swarmed into the state’s 113 community colleges and were met by reduced class offerings, swollen classes, closed libraries, greatly increased fees and almost non-existent services, such as student counseling. Prop. 30 addressed this problem by levying a quarter-cent state sales tax across the board and increased income taxes on individuals making over $250,000 per year and families making over $500,000. As a result, K-14 spending jumped from $47.2 billion in 2011-12 to $71.9 billion in 2016-17.

That income tax increase, however, was sold by Gov. Brown as “temporary,” and scheduled to sunset in 2018. Prop. 55 extends the tax until 2030, and though it was excoriated by anti-tax groups like CalTax as breaking a  promise, the people of California would not accept an instantaneous school funding gap of $5 to $9 billion. Maybe states like Kansas, where deep tax cuts for the rich and for corporations have left schools belly up, should be reconsidering their policies.

Five: The Domestic Workers Bill Of Rights Will Stay

In 2013, Gov. Brown signed AB 241, the Domestic Workers Bill of Rights, granting protections to one of the most common but least acknowledged groups of workers in the state: the nannies, housekeepers, gardeners and caregivers who work in our homes. One of the provisions of that bill, which was the result of a seven-year legislative campaign and was tough to pass, was that it would sunset in 2017. Senate Bill 1015, signed into law this year, makes it permanent.

Domestic workers often exist in a shadow economy, sometimes paid under the table because they are not legal immigrants, and that creates a situation ripe for abuse. The Domestic Workers Bill of Rights stipulates that domestic workers (other than babysitters under the age of 18) should be paid minimum wage and time-and-a-half overtime for working over eight hours in a day or 40 hours in a week, and it also codifies unpaid lunch breaks, paid rest breaks, and maximum rates that can be charged for room and board.

Like the law granting overtime pay to farmworkers, this bill also addresses the legacy of racism, as domestic workers were, to gain Southern congressional support, exempted from the 1938 Fair Labor Standards Act because many of them were black or Latino. Ines Lazarte, a caregiver and housecleaner in San Francisco, spoke about the new bill, noting that “SB 1015 reinforces that domestic work is legitimate work and that our dignity and the dignity of our families and the people who employ us is not provisional.”

Three Tactics That Changed Trump from Outlier to Insider