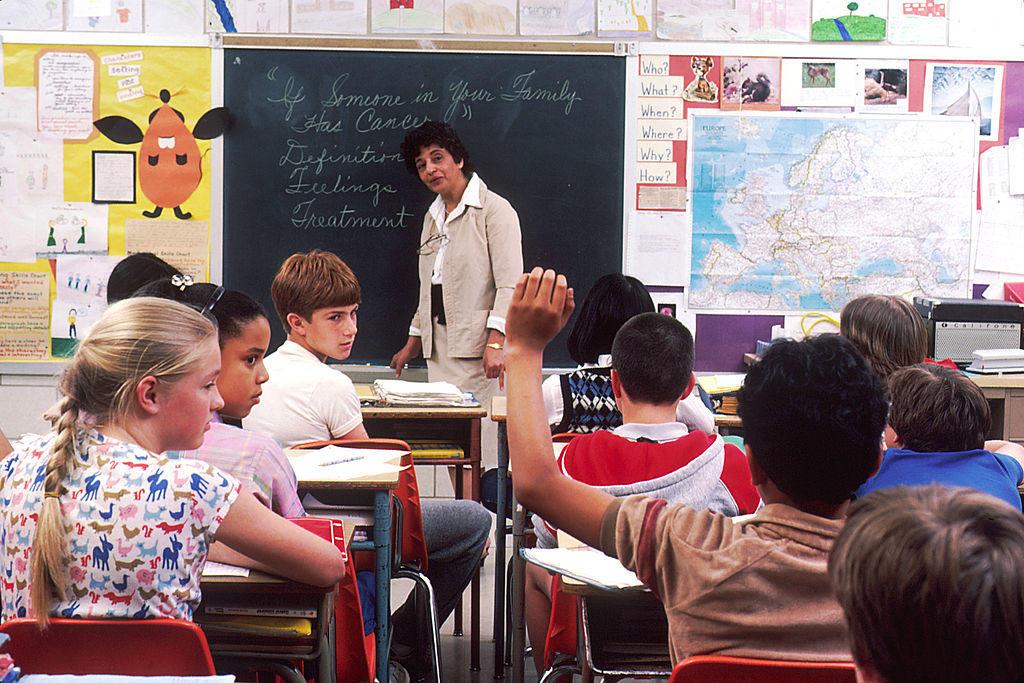 One clear winner to emerge from Tuesday’s statewide election was California education.

Proposition 55, the wealth-tax initiative, swept to victory with a 62 percent approval margin. Its passage will extend until 2030 Proposition 30’s emergency stabilization funding passed by voters in 2012. It also means the job of restoring public schools and health-care programs badly mauled by the biggest budget cuts since the Great Depression — and insulating them against future recessions — will continue with billions in additional revenues earmarked for the state’s perennially cash-starved K-12 programs and community colleges.

Election Day saw a striking vote of confidence for CA public schools and their teachers.

And in a surprise reversal, Californians also backed Proposition 51, the $9 billion school construction bond initiative that was opposed by Governor Jerry Brown, and was lagging in the polls as recently as October. That measure, which will help finance repairs and new school facilities across the state, came from behind to pass with 54 percent of the vote.

Together, the two education measure wins stand as a striking vote of confidence by Californian for their public school system and its teaching force.

“I think it does signify that they have confidence in the public schools,” Joshua Pechthalt, president of California Federation of Teachers (CFT), told Capital & Main. “It doesn’t mean that they don’t want to see the public schools do better, [that] they don’t want to see lower class sizes and more counselors. But I think it does say that we’re heading in the right direction.” (Disclosure: CFT is a financial supporter of this website.)

This represents a significant change in fortune from only a few years ago, when California’s public school teachers were demonized by an “education crisis” narrative promoted by backers of charter schools, their privately managed, market-driven and mostly nonunion doppelgängers. That message was seized on by anti-tax and business groups and wealthy anti-union donors four years ago in a campaign that raised $53.4 million to fight Proposition 30 at a point when public schools had already lost 82,000 teaching and classified jobs, nearly a week of instructional days and countless art, music, athletic and summer school programs to the financial crisis’ budget shortfalls.

One of the surprises of the Prop. 55 “fight” was how, this time around, anti-tax and business groups declined to step into the ring. Although a “No on Prop. 55” committee had been formed, only a token $3,000 was raised, and the California Chamber of Commerce gave only nominal support to No on Prop. 55. Business groups had cited the daunting popularity of the measure, which had polled strongly since April.

More worrisome, according to the Sacramento Business Journal, was the voter revolt against Proposition 13 that might have been triggered had Proposition 55 been defeated. A groundswell of support has emerged in recent years for eliminating Prop. 13’s $9 billion-a-year loophole on commercial property taxes that allows corporate landowners to pay taxes fixed at 1975 levels. “The upward pressure on a tax increase would be huge,” president of the California Business Roundtable Rob Lapsley told the Journal.

But, as previously reported, state schools superintendent Tom Torlakson believes that, while both Propositions 30 and 55 are a good start, no temporary tax measure will get California schools back to the national preeminence they enjoyed before the passage of Prop. 13.

“This state historically was in the top five in academic performance. The top five in what we invested in our students, in our schools,” Torlakson said. “There was a study that showed we should have been adding 10 billion dollars and not cutting 10 billion dollars. Once we get done with backfilling the cuts there’s still a need to have the new kinds of teaching, the new kind of science laboratories in the schools, the kind of vocational shop classes in our schools. You can’t do that on thin air. You do need resources.”

Related Topics:2016 ElectionsProposition 55
Up Next