Eduardo Vargas enrolled at East Los Angeles College in Monterey Park during the fall of 2011 looking to help his financially troubled family, but then found he had to wrestle with a problem he had not foreseen: a crippled community college system.

Eduardo Vargas enrolled at East Los Angeles College in Monterey Park during the fall of 2011 looking to help his financially troubled family, but then found he had to wrestle with a problem he had not foreseen: a crippled community college system.

“I started off as a mechanical engineering student, then realized that it was going to take me at least five years to transfer,” said Vargas, now 23. “Because of the cuts to the math classes, there wasn’t enough access. One semester becomes one year, because if you can’t access that class in the fall or the spring, you have to wait and come back to take that class the next year.”

After 2008 library services, print shops and ESL aid became all but nonexistent.

When the Great Recession hit in 2008, Vargas and other students at California’s 113 community colleges were faced with severe cutbacks in class offerings, leaving overcrowded classes often filled by lottery and with scores of students left out and no prioritized wait lists for the next offering. There was no tutoring for the math he needed. Basic services like the library, print shops and English as a Second Language aid were all but nonexistent. Community College funding, the bulk of which comes from state guarantees under California’s Proposition 98 education funding law, and from local property tax revenues, shrank with the economy. Funding of $6.1 billion in 2007-8 plummeted to $5.3 billion in 2011-12, and was only projected to fall further. (Dollar amounts cited in this article have not been adjusted for inflation.)

Then came Proposition 30, which passed in November 2012. It boosted funds earmarked for K-14 education (years 13 and 14 are considered to be community college years) via a quarter-cent increase in the state sales tax and accompanied by a “millionaire tax” – an increase in state income taxes on the wealthiest Californians. Both were enacted as temporary measures, with the sales tax increase phasing out at the end of this year and the income tax sunsetting in 2018. Vargas saw everything turn around.

“With Prop. 30 we saw the increase in classes and access to other resources come into place,” he noted. “If a course was offered once a year, now it would be offered twice a semester. We got rid of the big classes so it reduced the student-to-professor ratio, and it gave us access to counseling, tutoring, computer labs, printing that wasn’t there before.”

The effects were immediate: community college funding has bounced back by over $2 billion per year to around $7.8 billion in the 2016-17 academic year (this amount does not include a $500 million adult education fund also now shifted to community colleges). An analysis of Prop. 30, issued in September by the independent California Budget and Policy Center, found that overall K-14 funding increased from $47.2 billion in 2011-12 to $71.9 billion in 2016-17; community college funding is usually around 11 percent of that total. While this increase is certainly due in part to a slowly recovering economy – Prop. 98 funding is figured as a percentage of state general fund revenues – it is also in large part due to Prop. 30 money.

“I am not given to hyperbole, but just the truth, here? Prop. 30 saved public education as we know it,” said Joanne Waddell, president of the Los Angeles College Faculty Guild, AFT 1521. Her union represents about 5,000 faculty on the nine campuses in the Los Angeles Community College District. (Disclosure: AFT’s California organization is a financial supporter of this website.)

According to Chris Hoene, executive director of the California Budget and Policy Center, Prop. 30 currently adds $5-$9 billion per year to the state’s general fund – an amount roughly equal to what the state pays to the University of California (UC) and California State University (CSU) systems combined. That frees up money for many other programs and adds to the state’s rainy day fund.

Waddell said this has been a godsend but added that community colleges are still not quite up to the funding levels that would have existed had there been no recession. “The cuts were like a tsunami,” she said. “They just grabbed money back for five years. The money came back to us sorta lapping like little waves on a lake; the restoration was much more gradual. I would say [in terms of services] we’re back where we were in 2011-2012.”

Adjunct faculty, who make up from two-thirds to three-quarters of community college professors in California, and oftentimes string together careers by teaching two or three classes in several different districts, were stripped back during the recession to one class — or none. The administrative euphemism for this was “workload reduction.” The number of both faculty members and classes has been partially restored. Services have come back. Vargas noted that his tuition, which was $26 per credit hour in 2011, jumped to $46 per credit hour in 2012, but then leveled off because of Prop. 30 money. Still, the five years of reductions were a shock to the stated mission of the community colleges. Whereas the UC and CSU systems both take students with academic performance in the top third of their high school graduating classes, the community college system takes everybody — anybody who wants more education is supposed to get in. A small percentage like Vargas look to complete a two-year degree and then transfer to the UC or CSU systems. Most others are enrolled in “career and technical education” – vocational training – and certificate programs to enhance skills in, say, plumbing, or as veterinary technicians or electricians. Community colleges supply many of the state’s nurses, firefighters and first-responders. Recessions drive more people back to school to get that better job; but when they got there in the years immediately after 2008, they found the doors wedged shut.

“Statewide, the community colleges locked out 500,000 students,” said Joanne Waddell. “In our district, we lost about 8,000 sections during the recession (a section is one class that might meet several times per week). And if you put about 40 students in every one of those sections, we lost out on what I like to call 320,000 learning opportunities. It was taking students five and six years to do two [years of coursework], just because they couldn’t get the classes.”

The state’s community colleges had 2.5 million enrolled students just prior to the Great Recession, and 2.1 million now. This is partly due to reduced offerings but, ironically, also due to an improving economy; as most community colleges students are working class, they tend to stay out of school and take jobs when jobs are available.

Educators would like to continue the slow recovery. Proposition 55, on the ballot this November, would extend the Prop. 30 income tax hike on those making $250,000 or more per year (and couples making $500,000 or more) for 12 more years, to expire in 2030. Not everyone is happy about extending what was supposed to be a “temporary” tax.

CalTax, a policy group that fights increased taxation in California, released a policy analysis opposing Prop. 55, mostly on the grounds that the improved economy makes it unnecessary and that it increases school funding volatility by hanging more funding on the rich, whose incomes rise and fall the most in good times and bad. Also, the report noted, everyone from the authors of the bill to the governor had sold it on the premise that it was temporary.

“We think that if we avoid increasing this tax again, just let it expire as it was scheduled to do, the state will still have the benefit of the improving economy and now we’ll have the even bigger benefit of taxes going down, as was promised, instead of them being increased for 12 more years,” said David Kline, CalTax’s vice president of communications and research. “That sends a much better signal to people who are thinking of living here or doing business here.”

Advocates point out that Prop. 55 does not “increase” taxes for next 12 years but rather maintains current tax levels, extending the tax that was put in place in 2012.

“If Prop. 55 passes there will be an extension of the personal income tax rates; it’s not an increase of those rates, it’s just an extension of them moving forward from 2018-19 to 2030,” noted Jonathan Kaplan, a policy analyst at the California Budget and Policy Center. “So what it means for schools is that there would be a predictable source of revenue moving forward, as opposed to a decline in revenue.”

That $5-$9 billion mentioned earlier would go away if Prop. 55 fails, and that’s not an easy to hole to fill.

“Our Prop. 30 money this year is around $100 million in our district, so if Prop. 55 fails to pass, our district will wake up and find itself cutting $100 million in classes and services,” said Waddell. “The law is very specific about how the money can be spent, and it’s not spent on administrators, it’s spent in the classroom and it’s spent on direct services to students. So we will find ourselves in that cycle again, of cutting services to the most vulnerable of our students.”

Eduardo Vargas is exactly that kind of student. When the Great Recession struck in 2008, his father had medical issues and the family lost its home and car; Vargas was a fresh high school graduate and knew he had to get a degree and a good job. He spent three years at East L.A. College, transferred to California State University at Long Beach, and got a degree in finance. He is now working on a master’s degree. His plan is to advise people in working-class communities how to manage their finances and not lose their homes during bad times. He is also planning to work on the campaign supporting Prop. 55.

“It’s not only helping students like myself, but it’s helping the whole economy,” said Vargas. “As we become more educated we go out and receive better jobs, we’re able to invest in the economy, we have more disposable income and everybody’s thriving. Jobs are created. It overall stimulates our economy. That’s why Prop. 55 is so important to me.” 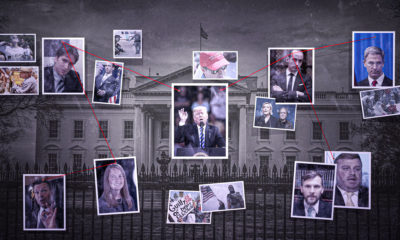 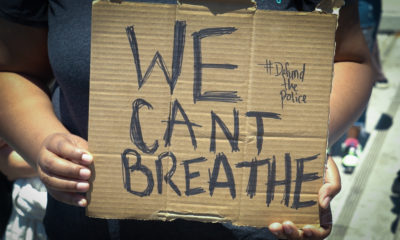 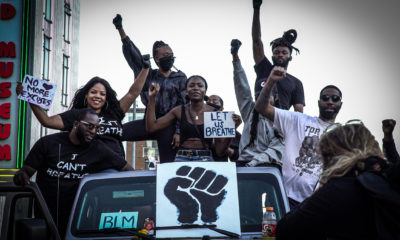 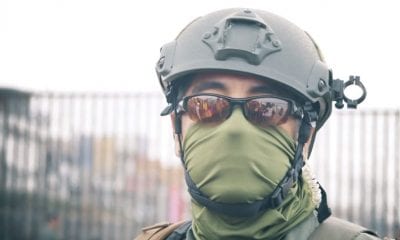 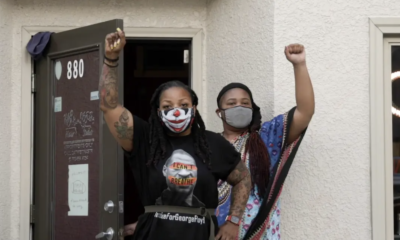 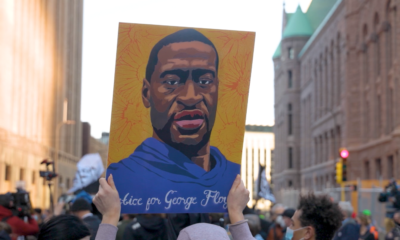 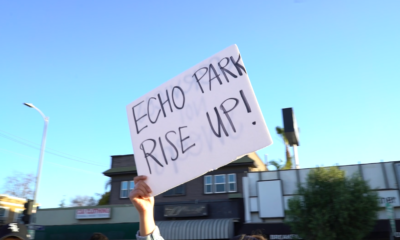 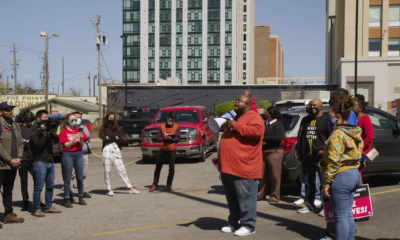 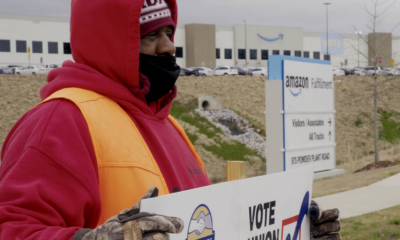 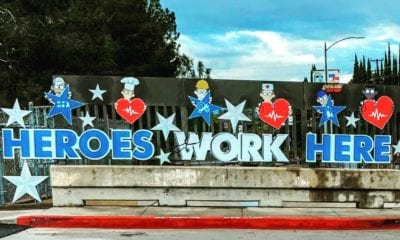 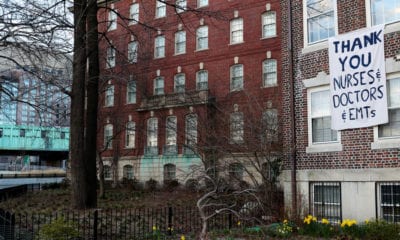