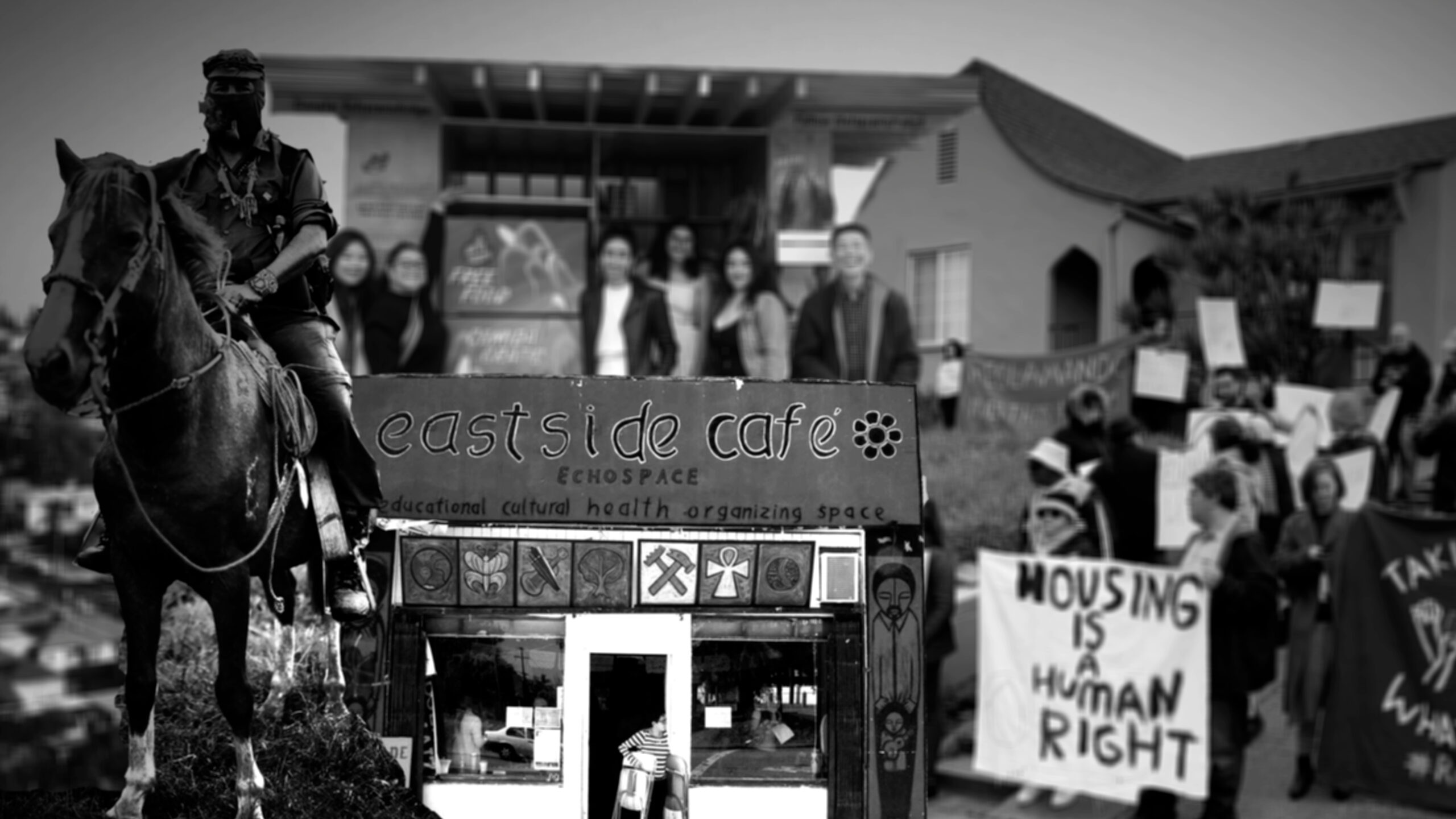 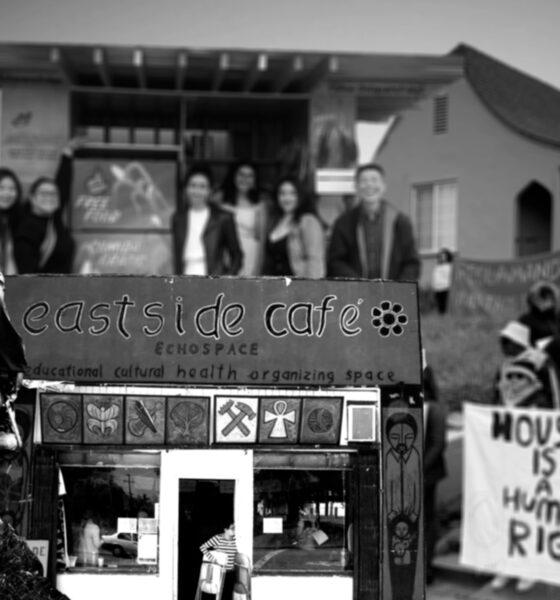 The long-time activist talks about the El Sereno community’s struggle for autonomy in the midst of a global pandemic.

The story of the unfinished extension that would have connected the Long Beach and Foothill Freeways on the Eastside of Los Angeles is a story of six decades of political turmoil, most famous for the opposition of the communities in the roadway’s path. For the Latinx working class of El Sereno, the looming construction seemed like a new chapter of eminent domain and displacement, reminiscent of nearby Chavez Ravine, where three Mexican American neighborhoods were razed to make room for Dodger Stadium.

Hundreds of homes in El Sereno were bought by Caltrans, the state agency overseeing the extension project, and because of the political tug of war, some of these remained vacant for decades. In 2018, the final proposal for the extension was officially rejected, leaving the homes in limbo.

Which brings us to the story of Roberto Flores, community organizer, scholar, and co-founder of the Eastside Café, a cultural and community center in El Sereno. Facing encroaching gentrification and a severe lack of affordable housing even before COVID hit, Flores and other community organizers saw in the vacant, deteriorating homes a potential solution to the housing crisis — and a powerful political symbol.

In March and then again in November of 2020, the group staged a “reclaiming” of some of the vacant homes, helping housing-insecure families to move in.  The response from the authorities was chaotic — support from Gov. Newsom, violent evictions, city and state politicians maneuvering for a solution.

But there’s an unexpected historical dimension to this story that reaches all the way to the Indigenous communities of Chiapas, Mexico, which Flores visited in the wake of the Zapatista rebellion of 1994. In Chiapas, Flores and many other Chicano and Chicana activists learned of an economic and social model that runs completely contrary to Southern California’s real estate regime. Watch and listen to Flores’s replies in the videos below.


Rubén Martínez: You are among the founders of the Eastside Café, a community center in El Sereno. How do ideas and practices of Indigenous autonomy all the way down in Chiapas come to inspire a neighborhood-level project on the Eastside of L.A.?

Rubén Martínez: Caltrans, the state agency in charge of the ultimately-scrapped 710 Freeway extension that would have razed several communities, among them El Sereno, used eminent domain to buy hundreds of houses in the area, some of which sat empty for years. What were the events that led up to the community’s “reclaiming” of several of these vacant houses?

Rubén Martínez: Since the reclaiming, the community has carefully studied the option of establishing land trusts — how do these function towards addressing housing insecurity? And — how did a refrigerator make its way into the story  as both symbol and practice of autonomy?

Currently, legislative efforts at the local and state levels are focused on developing affordable housing in El Sereno, but Flores and the Reclaimers want more than that. Through a land trust and a co-op, they are looking for full community control — self-determination, the concept Flores learned among the Zapatistas in the 1990s.

Real estate in L.A. runs on speculation, developers buying low with the goal of selling high; the inevitable result is inequality and displacement. Merely imagining another way of doing things is itself a radical act. But Flores and the activists of El Sereno are not alone in their efforts to establish community control over property. New York City’s apartment tenants organized themselves into cooperatives in the early 20th century. Land trusts are an increasingly popular method of caring for wild lands as well for building sustainable and affordable communities in urban settings.

Imagine a stable stock of housing without the wild swings of boom and bust that characterize speculation. Imagine a tight-knit community that has several points of encounter — parks, gardens, even a pantry where people drop off what they don’t need and pick up what they do need.

If you consider stable, safe, dignified housing a human right, then cities like L.A. have to find a different way of doing things. Flores and the Reclaimers aren’t just talking about it, they’re doing it.

Biden Promised to Protect Sanctuary Cities. So Why is ICE Still Partnering With Local Cops?

Excavating the Future: A Pandemic Remembrance