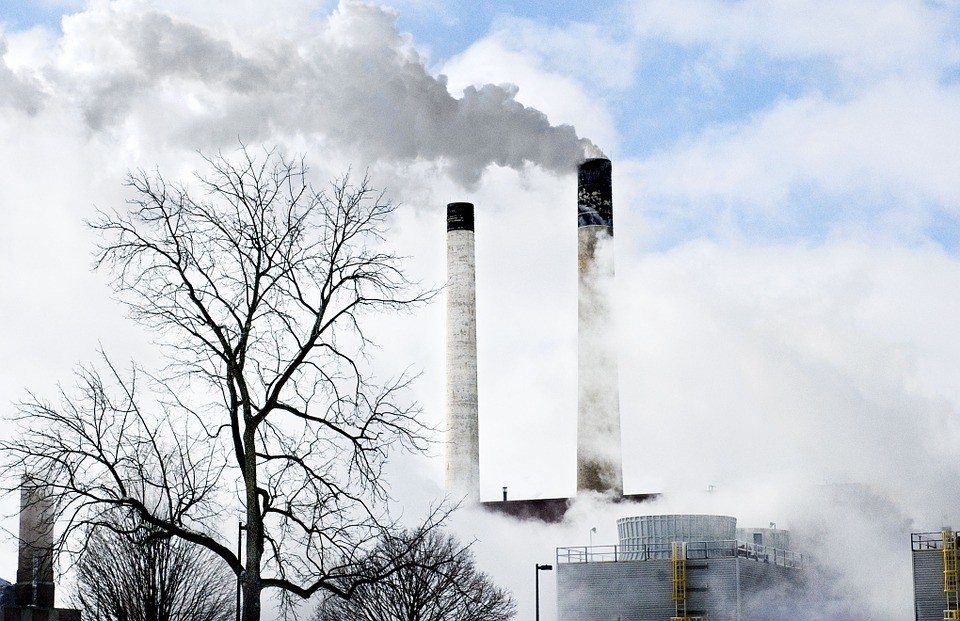 California doubled down on its green economy Wednesday as the legislature passed a pair of bills that set ambitious new targets for reducing greenhouse gas emissions. The new goals are being hailed by environmentalists for providing the certainty needed to ramp up clean-tech investment. Governor Jerry Brown announced in a press conference that opponents of the new targets were “vanquished.” Indeed, there had hardly been a squeak from the oil industry or anyone else.

Maybe that’s because the cap-and-trade exchange that allows heavy polluters to mitigate their damage by purchasing emission credits, and which is one of the state’s most embattled emission-reduction programs, got kicked down the road. All summer the new emissions goals were embroiled in intense negotiations centered on cap-and-trade — talks that included the legislature, the governor and representatives of Big Oil and other heavy industries. Industry wants certainty about buying into the exchange, which has suffered from low participation in its auctions and is the subject of a lawsuit by the state Chamber of Commerce, and many programs seemed to be on the table.

Governor Brown is signaling that he intends to fight for every emission-reduction tool available.

Capital & Main reported in July on the tumultuous and confusing signals coming from the governor’s office, which seemed to indicate that Brown was not only desperate to pass Senate Bill 32, but that he was also trying to strike a grand bargain with the Western States Petroleum Association (WSPA) and other trade groups to save the cap-and-trade program. This led many to speculate in background conversations that the state might have to sacrifice one of its nation-leading emission-reduction programs. SB 32 is a linchpin of state climate strategy, as it codifies the governor’s former executive order to ratchet up greenhouse gas reduction goals from 1990 levels by 2020 to 40 percent below 1990 levels by 2030.

The negotiations were colored by bruising battles in 2015, when moderate Democrats helped block SB 32 and stripped a provision to reduce gasoline use out of another key bill, SB 350, that increased the state’s Renewable Portfolio Standard to require 50 percent clean-energy usage by 2030.

And then SB 32 sailed through. Have we entered a new era of climate change cooperation? Is somebody keeping their powder dry for bigger battles still to come over state cap-and-trade or other programs? Were foes truly “vanquished?”

Brown and Big Oil went in trying to reach a deal on cap-and-trade and came out with just “cap.”

Part of the answer is that SB 32 was tied to another measure, Assembly Bill 197, which was designed to quell the fears of the moderate Democrats. Each bill required passage of the other.

AB 197 was authored by former SB 32-doubting freshman Assemblymember Eduardo Garcia (D-Coachella). Garcia, like many legislators and public interest groups, was concerned that high-profile emission-reduction programs did little to address the effects of climate change in the hardest-hit communities, such as neighborhoods next to refineries or ports or farming regions, where air quality is often the worst. Cap-and-trade, for instance, allows big polluters to pollute as long as they pay for credits or offsets purchased in other parts of the state or country. AB 197 requires that the California Air Resources Board, which directs implementation of emission-reduction programs, should target direct reductions at both stationary and mobile sources in those communities. Such direct reductions are bitterly opposed by oil interests and heavy industry.

The bill also restricts CARB board members to six-year terms, which can be repeated, creates a joint legislative oversight committee made up of three Senators and three Assemblymembers to make recommendations about CARB programs to the legislature, and places two legislators in nonvoting, ex-officio positions on the air board to increase legislative understanding and input into the board’s work. Evidently this was enough to smooth the waters.

“I can’t say anything’s ever smooth with regard to climate policy!” laughs Bonnie Holmes-Gen, senior director for Air Quality and Climate Change at the American Lung Association. “A lot of legislators want to understand more of what’s happening at the Air Resources Board, and they feel a little more comfortable with Eddie Garcia, that there is provision for more oversight, for engagement, for input from legislative voices. That does provide a lot of reassurance.”

When SB 32 was introduced in 2015, many newer legislators were fuzzy on how it actually worked and now understand it better. The bill has also taken a few serious hits: A provision requiring emission reductions to 80 percent of 1990 levels by 2050 was stripped out of the bill by amendments.

“If you look at all of it – the education that’s happened between last year and this, scaling back the bill, and then the companion legislation [AB 197] – I think that all helped,” said Mike Mielke, Senior Vice President for Environment and Energy, at the Silicon Valley Leadership Group, a public policy group representing tech industries.

With the addition of the two legislative non-voting board members, the state legislature will now have control of four seats on CARB, which expands to 16 seats from being only 12 seats a year ago. A 2015 bill by then-Assembly Speaker Toni Atkins (D-San Diego) added two legislature-appointed seats to represent environmental justice concerns, which were filled in February by former state Senator Dean Florez from the Central Valley and Diane Takvorian of Environmental Health Coalition, which is based in the San Diego/Tijuana area.

Will this big board or any of the other changes hamper the ability of CARB to carry out its mandate?

“I don’t think it hurts it,” says Bill Magavern, policy director at Coalition for Clean Air. “It’s a substantial expansion, so there may be some growing pains there. But CARB and the legislature have to continue to try to understand each other better. Because I hear a lot of criticisms from legislators that are just uninformed…. CARB needs to do a better job of explaining its programs and its processes to the legislature.”

All of this, however, still leaves questions as to what will happen to cap-and-trade and what kind of talks Gov. Brown really had with the oil industry. In July his office acknowledged being in direct talks with the WSPA to find a way forward past 2020, when both the emission-reduction targets of AB 32 and the state’s cap-and-trade program were set to expire. He was openly seeking a way to create a bill with two-thirds supermajority support that would head off the need to reauthorize the cap-and-trade program, in particular. In fact, the governor submitted draft language for SB 32 to address this issue, although it was not incorporated into the bill.

As one close observer speaking on background characterized the talks, the governor and Big Oil went in trying to reach an agreement on cap-and-trade – which proved impossible to get – and they came out instead with “just cap.” The governor’s office helped shape AB 197 and, with Assembly Speaker Anthony Rendon (D-Paramount) throwing his back into this climate package, setting a new cap became doable. So they skipped cap-and-trade for now.

Cap-and-trade has been under attack because of recent anemic auctions of its pollution credits.

The WSPA, which did not respond to interview requests, issued a statement Tuesday by President Catherine Reheis-Boyd, after SB 32’s passage, claiming the legislature had really ducked the issue:

“AB 197 also does not address fundamental cap-and-trade issues that SB 32 conveniently dodges. In fact, it goes in the opposite direction by promoting a command-and-control system that is contrary to a market-based mechanism like cap-and-trade and would further undermine the market.  Despite today’s symbolic victory for some, we will continue to do the real work required to make the appropriate fixes to cap-and-trade that can send the market real certainty.”

Cap-and-trade has been under attack because of recent anemic auctions of its pollution credits – the latest poor auction results, held last week, were announced on Tuesday, as SB 32 passed. Uncertainty about the program has caused electric utilities and other industries who participate in those auctions to hold back on purchases. Several public interest representatives speaking on condition of anonymity expressed fear that heavy industry might embrace cap-and-trade in exchange for softening or even eliminating programs like the state’s Low-Carbon Fuel Standards, which mandate use of such alternative fuels as ethanol, and of lower-carbon fuels like natural gas rather than petroleum. But that didn’t happen.

Cap-and-trade has also been a lightning rod for other reasons: Funds it has generated, which are being used to develop high-speed rail between Los Angeles and San Francisco among other projects, have been the subject of a four-year-old lawsuit brought by the California Chamber of Commerce, which calls the purchases a tax.

“This sort of uncertainty is never good for business,” said Alex Jackson, legal director of the California Climate Project at the Natural Resources Defense Council. “That’s what’s really at stake [with the passage of SB 32]: California’s climate policies writ large do not rest on one piece of legislation or one target, but this sort of legislation lifts all boats, and it sends a clear economy-wide signal that California remains committed to its path to clean energy.”

California’s green economy has been credited with creating hundreds of thousands of new jobs in the state, including high-quality skilled positions that have brought labor union support to climate targets like those set out in SB 32.

Mielke chastised the media for often portraying “business” as standing opposed to environmentalism. “Some businesses, like heavy manufacturing and the oil industry, don’t care for this, but a lot of other businesses, like the ones that make up the majority of our membership, do. Silicon Valley is a valley of scientists and engineers. They see this as a problem to be solved, and a challenge to be addressed, and a way, honestly, to make money and create jobs.”

Governor Brown is signaling very clearly that he intends to fight for every emission-reduction tool available, although California will have to wait for the next round of auctions to see whether the strong signal of new carbon-reduction targets drives participants into the carbon markets.

“Now is really not the time for us to back off, when the world is watching, and when we have seen that these programs are working, both for the impact they’re having on our air quality and therefore our health, as well as the positive impact on our economy,” said Sandra Fluke, California State Director of Voices for Progress. “We do have to remember that, aside from revenues produced by the cap-and-trade auctions, which are important … the point of cap and trade is to lower greenhouse gas emissions. And that is working very successfully.”

Survival and Generosity: Lessons from Sunflowers