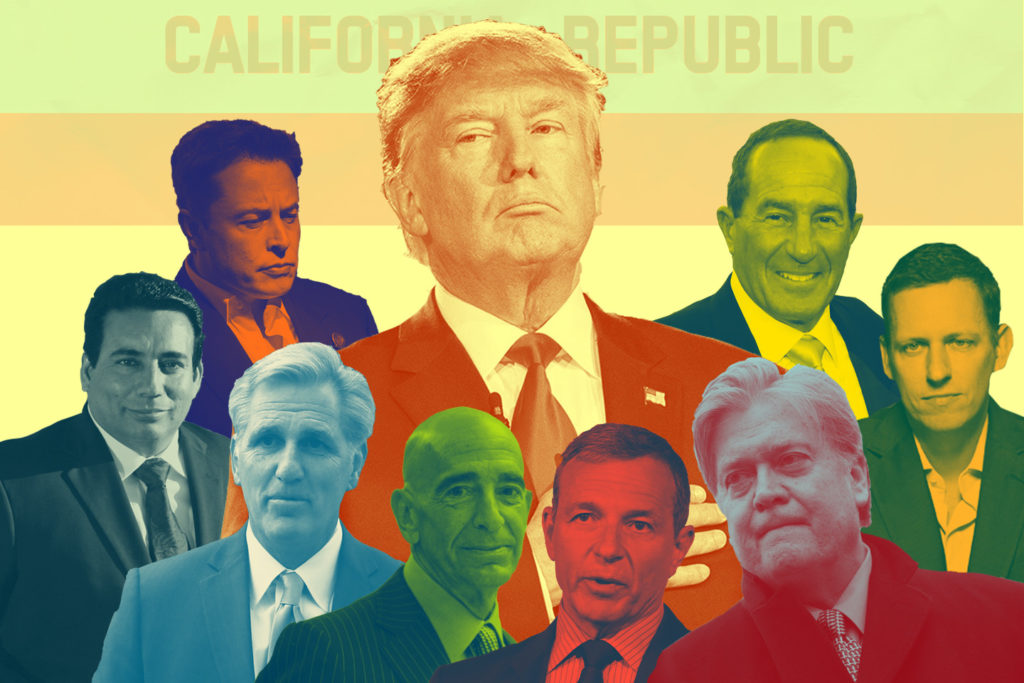 For the past four months, California has been getting a lot of credit for leading the resistance to Donald Trump. From the anti-Trump declarations of Governor Jerry Brown to the dissent of sanctuary cities, California has become, in the eyes of many, the last and best firewall between an autocratic right-wing takeover of the country and the preservation of American liberal democracy.

But there’s another storyline that’s been buried in all the press coverage of Golden State resistance – the leading role of key California power brokers in supporting the president’s policies. In “Trump’s California Henchmen,” Capital & Main reports on how political, business and thought leaders have become indispensable to the success of those policies.

A case in point: the House of Representatives’ repeal of Obamacare and passage of the American Health Care Act, which, as Dean Kuipers reports, would have been impossible but for the unanimous support of the California Republican congressional delegation. GOP representatives have also backed Trump on gutting far-reaching environmental rules and blocking states, including California, from setting up retirement plans for the millions of people without employer-provided retirement benefits. At the same time, they have largely remained silent as Trump has launched his promised crackdown on undocumented immigrants.

Maria Bustillos finds that the fingerprints of conservative California institutions are all over the Trump administration, including those of key officials at the National Security Council who were part of PayPal founder and Trump ally Peter Thiel’s Bay Area business circle. Secretary of State Rex Tillerson’s appointment was championed by a set of influential California leaders associated with Stanford University, among them former Secretary of Defense Condoleeza Rice. And, as Gabriel Thompson writes, even Democratic donors such as Tesla’s Elon Musk and Disney CEO Bob Iger have joined Trump’s business roundtable, justifying their decisions by promising to bring an adversarial point of view to conversations with the president.

In short, the story of California in the Trump era is one of both resistance and collaboration – a tension that will help determine the success or failure of the most polarizing president in modern American politics.

Trump’s California Henchmen: Why GOP Congressionals March to His Tune