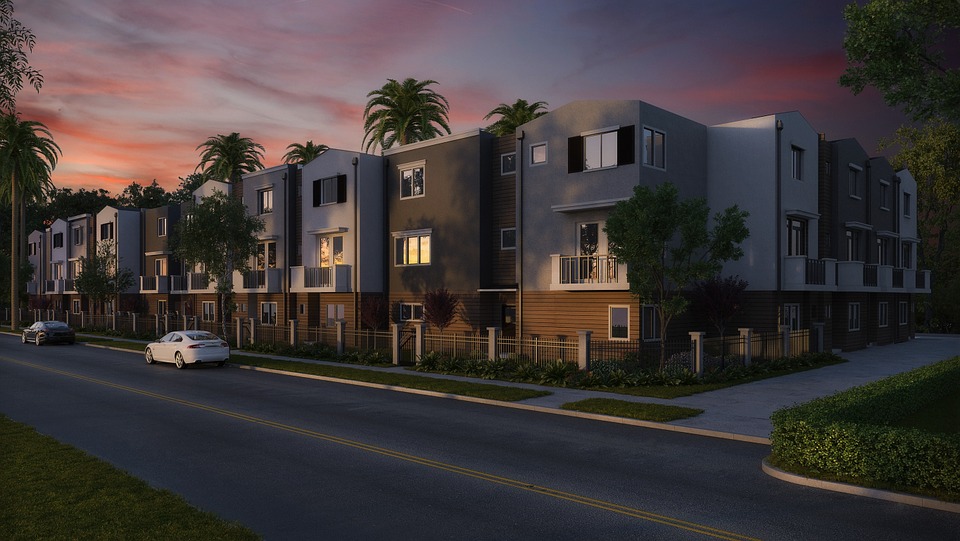 Affordable housing advocates believe houses and rentals should not be kept off the market for higher profits.

The shortage of affordable housing in urban California is by now well known, and high-profile bills to deal with the crisis have repeatedly been shot down in Sacramento this year. With only three smaller statewide measures dealing with the issue left on the table in this legislative session, some municipal lawmakers in California are looking for new ways to attack unaffordability. One idea, an “empty homes penalty” or vacant-property tax, has passed in one city and is being considered in two others, though currently there is no impetus for such a tax statewide.

The idea behind these taxes, supporters say, is to keep speculators from sitting on properties until they can rent them for a higher rate, or sell them at a profit when prices inevitably increase. Proponents say that such taxes represent one promising way to deal with the housing crisis throughout urban California.

In November, Oakland voters overwhelmingly approved Measure W, a tax of as much as $6,000 per parcel and $3,000 per condo unit on properties occupied fewer than 50 days per year. City officials have estimated the tax, which goes into effect no sooner than 2020, could bring in up to $10 million per year. Those revenues could go toward homeless services and new affordable housing, though details have yet to be worked out.

San Francisco Supervisor Aaron Peskin wants to put a vacancy tax on the March 2020 election ballot. Sunny Angulo, a spokesperson for Peskin, told Capital & Main that constituents have expressed concerns over the banking or warehousing of residential units. Angulo added that empty storefronts could also be taxed, as could “commercial properties in prime real estate corridors where owners are not invested in keeping the commercial corridors vibrant or attracting small-business owners who can pay reasonable rents.”

Meanwhile, in Los Angeles, a coalition of housing groups are pushing for a vacancy tax on the ballot in either March or November of 2020. Unlike San Francisco’s measure, L.A.’s proposed vacancy tax would focus on housing and not commercial properties, according to a resolution submitted by L.A. City Council member Mike Bonin. Before such a ballot measure is crafted, the city must have accurate housing numbers, says Steve Ducey, an organizer with affordable housing advocate Ground Game LA, one of the groups advocating a measure on next year’s ballot.

“Vacancy rates are hard to determine by census data alone, and it’s hard to know for certain that vacancies are due to greedy landlords,” Ducey says. While census data show a very tight housing market in Los Angeles County, Ducey points to data from a real estate firm estimating that in 2017 vacancies in downtown Los Angeles were about 12 percent.

Before crafting a specific ballot measure, Bonin and other city council members have requested joint reports from city departments to determine exactly how many units are sitting vacant throughout Los Angeles, as well as analysis of how a vacancy tax might lead to more affordable housing.

It’s not only California cities considering such measures. In New York, a city with its own long-standing affordability issues, Mayor Bill de Blasio has urged the passage of “a smart, targeted tax to stop landlords from leaving their properties empty.”

Opponents of vacancy taxes say they would hurt owners and landlords and do little to ease the crisis of affordable housing and rising homelessness. Beverly Kenworthy, vice president of the California Apartment Association Los Angeles, rejects the idea of a vacancy tax outright, blaming the reported vacancy rate of 12 percent in downtown L.A. on the construction boom there.

“It takes six months to a year to lease a high-rise building after it opens, and many have been coming online at the same time,” she says. “The cost of running a building is a reason not to keep units open. The idea that companies are holding back units is baloney.”

Opponents of vacancy taxes generally fall into the “build more” category, such as backers of Senate Bill 50, which created new zoning standards and required local governments to provide incentives to developers. “State legislators are starting to wake up to the need to build more housing, but cities are the problem because there isn’t the political will to revise zoning to build more units,” Kenworthy says.

Ducey, who hatched the idea of a vacancy tax with his Hollywood neighborhood council, was intrigued at how such a law has worked so far in Vancouver, Canada. In November 2016, Vancouver added a one percent tax on residences kept vacant for more than six months per year. The tax went into effect in 2017.

Melanie Kerr, Vancouver’s director of financial services, says the tax was having an effect: “The number of Vancouver properties declared vacant in 2018 under the Empty Homes Tax program has gone down 15 percent from 2017, with the majority of those previously empty homes having been returned to the rental market.” Josh Gordon, an assistant professor in the School of Public Policy at Simon Fraser University, concurs, noting, “In high-end areas the prices have fallen from 15 to 30 percent just since February 2018.” However, he admits that some of the decreases could be attributed to a reduction in international speculators, due to the recent restrictions on money flowing out of China.

In Sacramento, there’s still a chance of passing three housing bills in the final days of the legislative session. The controversial Senate Bill 330, which would void restrictions on density, land use and zoning standards retroactive to January 1, 2018, is still alive. Senate Bill 5, which provides funding for local governments to collaborate on state-approved community revitalization plans, was just recommended by the L.A. City Council. And a weaker version of Assembly Bill 1482, which would cap annual rent increases at about 10 percent in most cities, passed out of its first Senate committee earlier this month.

No proponent of a city vacancy tax is saying that it alone will solve the housing crisis. But in an environment where affordability continues to plummet, and with many of the statewide solutions to solve it—including a ballot measure expanding rent control—going down to defeat, they say any possible idea that could stop the bleeding should be considered.