Earlier this year, Capital & Main sent reporters to six congressional districts that were considered safely Republican but had favored Hillary Clinton in the 2016 election. Did Clinton win there because California Republicans were turned off by Donald Trump, or was something else afoot — were demographic shifts changing the political complexions of conservative bastions, or, perhaps, did constituents feel their congressional representatives were voting against their own local interests?

We also covered two red districts handily won by Trump (represented by Tom McClintock and Devin Nunes) for signs of discontent. Capital & Main rolled out the first stories February 1, before any polling had been conducted, and our reporters found significant dissatisfaction with incumbent Republicans in all these districts. Since publication, signs and polling have indicated further erosion of the GOP’s grip, which may result in an unprecedented political turnover on November 6. 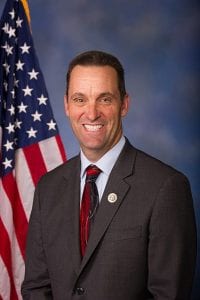 Read Steve Appleford’s Is Steve Knight Too Out of Touch to Be Reelected to the House?

Facts: The district has long been home to aerospace giants and defense contractors, but is additionally seeing an expansion of investment in solar energy. It has also experienced an accelerating increase of its Latino population.

Takeaways: Knight, a second-generation district congressman, may not be able to overcome the 25th’s anti-Trump sentiments.

From Appleford’s story: “Economic progress has been accompanied by growing homelessness, which once barely existed here.” 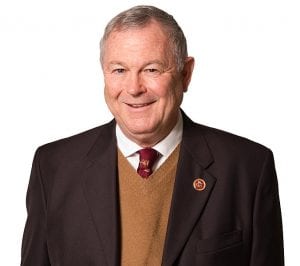 Facts: Clinton won this affluent district in 2016. Incumbent Dana Rohrabacher cultivates the image of a pot-smoking surfer, but Trump is very unpopular in CA 48.

Takeaways: Rohrabacher, a former Reagan speechwriter, is fighting for his political life against a novice opponent.

Polling: U.C. Berkeley, Siena College and Monmouth University all call this a virtual tie – but with a slight edge going to Rouda.

Challenger’s Chances: Rouda has pulled slightly ahead in recent polling.

From Lewis Mernit’s story: “People in coastal Orange County mostly want to be left alone, to not have government taking away their money or policing their behavior.” Facts: The district has changed hands between parties several times over the last 25 years.

Incumbent: None. Its GOP representative, Darrell Issa, barely won in 2016 and decided not to run this year. The Republican candidate is Diane Harkey; Mike Levin is her Democratic opponent.

Takeaways: The district’s traditional loyalty to the GOP, because of its support for military spending, may be eroding from fears of shrinking housing affordability and a revulsion over Trump’s immigration policies.

Polling: Latest surveys show Levin beginning to walk away with the seat.

Challenger’s Chances: Good and getting better.

From Candaele’s story: “The 49th District is where changing demographics and Trumpism’s existential jolt have exposed political fissures that have yet to be re-aligned.”

The Lies That Should Have Sunk Kavanaugh