CA-4’s Gold Country counties are recipients of an urban exodus fueled by affordable housing, a desire for good schools and the expansion of high-tech jobs into suburbia.

On the day of her funeral, Barbara Bush’s image beamed down from an electronic billboard along Interstate 80 outside of Sacramento, along with a quote: “Believe in something bigger than yourself.” Her image and words lasted five seconds before an insurance ad flashed up.

As an unofficial welcome to California Congressional District 4, which includes suburban and exurban Placer and El Dorado counties, plus several other rural and sparsely populated counties, the former first lady’s image is apt. Her husband and son both carried the district by wide margins in the presidential elections of 1988, 1992, 2000 and 2004. While no friend of the Bushes, Donald Trump won the district with 54 percent of the vote to Hillary Clinton’s 39 percent.

There are seven congressional districts in California with Republican incumbents that Clinton won but CA-4 is not one of them. What gives Democrats buoyancy here is the general chaos of the Trump presidency, along with positive results of special elections elsewhere in the country, and some solid-looking candidates running in the CA-4 Democratic primary. Conservative Republican Tom McClintock, who actually lives 15 miles outside of District 4, first won the seat in 2008, when his Democratic opponent got within 1,800 votes. In the last four races, he has beaten every challenger by at least a 20 percent vote margin.

If CA-4 is dicey as a flippable district, part of the reason is because of demographics (it has relatively few Latinos or Asians) and because, in many ways, McClintock’s hard-line anti-immigration policies and close hewing to President Trump fit the district’s conservative tilt. According to the Kaiser Family Foundation, over 26,000 people in CA-4 were enrolled in an Affordable Care Act (ACA) health plan in 2017 and another 49,000 gained coverage from the expansion of Medicaid. McClintock voted against the January 2017 congressional budget resolution to repeal Obamacare – a resolution that Trump supported – only because it did not go far enough in repealing the ACA. The political analysis site FiveThirtyEight has McClintock, some of whose largest contributors are real estate developers with projects in his district, voting in line with Trump’s wishes about 86 percent of the time. 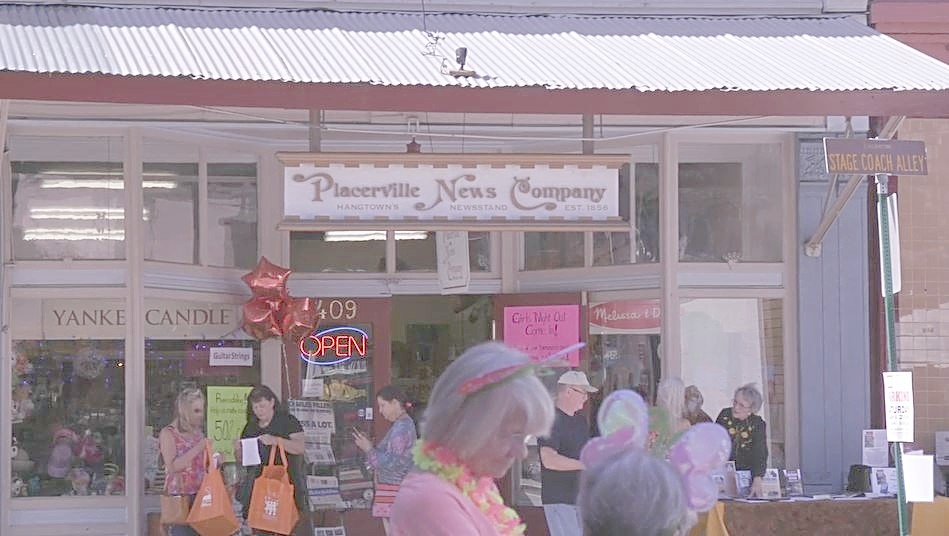 McClintock has shown no sympathy for DACA (Deferred Action for Childhood Arrivals) students, describing the program as an “unconstitutional usurpation of legislative authority,” and he is a reliable vote against a woman’s right to have an abortion. The large mega churches that often accompany suburban sprawl, like Bayside Church in Granite Bay, with its 12,000 members, help anchor the district’s culturally conservative base with a mixture of Christian/New Age uplift and entrepreneurial flair.

On a recent Friday afternoon, while watching her son play Little League baseball at a Roseville park, Heather McCarthy reflected on why she has become increasingly active in politics. “I’ve never been concerned that our political system could be taken over by billionaires and corporate interests,” she said, “so it has been a wake-up call for me.”

McCarthy, a Roseville real estate agent, participated in the Sacramento Women’s March last January, but has not followed the congressional race closely. She has a college degree, is not particularly ideological and is concerned that the Trump tax reduction, which McClintock supported, will mainly benefit the wealthy and explode the deficit. “I don’t think the average person realizes how disproportionate the benefit is, or how the Republican Party that used to be fiscally conservative has abandoned that.” she added.

Two articulate women candidates, Jessica Morse and Regina Bateson, have experience in policymaking and have demonstrated an ability to attract supporters and raise money, and now lead a field of four Democratic primary contenders. In rural Calaveras County, where Mark Twain invented his story about jumping frogs, ordained minister and Democratic Party activist Mickey Williamson outlined the long-shot logic of her party’s campaign at a park in Angels Camp. Williamson says the political atmosphere feels different this year: “The [Democratic] candidates are moving up and down the district, events are happening, thousands of dollars are being raised. It’s just a different ball game than we have ever had before.” Williamson has a worry, however: That after the June 5 primary, supporters of the losing candidates will stay home, replicating some of the internecine fighting that characterized the Clinton/Sanders contest and which continues to roil the Democratic Party throughout the country.

While most of CA-4 is rural, the key geographic areas where the majority of voters live, and where elections are won or lost, are found along the I-80 and I-50 corridors — places whose dairy farms and orchards not too long ago reached to the outskirts of Sacramento. The cows have been replaced by “Tuscan”-style housing estates with names like Serrano Village, and by retirement communities, large retail centers, high-tech business parks — and relatively few people of color. Over 70 percent of the congressional vote will come from here.

Ricardo Calixtro holds a Bible as he stops to talk in front of St. Patrick’s Catholic Church after services one April Sunday. An anti-abortion banner hangs on the front of the church asking for prayers for the unborn. He says that the abortion issue is the first priority for him and that it would be difficult to vote for someone who does not share that position.

Calixtro, a registered Democrat who lives in Murphys, a town tucked in the Sierra foothills, works three jobs as a bartender, baker and house cleaner. “I don’t mind working hard,” he says, “but it’s hard for a regular Joe trying to make it on minimum wage.” Calixtro voted for Bernie Sanders in the 2016 Democratic primary and, later, for the Libertarian Gary Johnson for president.

When told that McClintock agrees with him on abortion but is opposed to raising the minimum wage because it would “hurt minorities,” Calixtro becomes speechless for a long half minute. “Wow, that’s a tough one,” he finally responds. He says he is contemplating leaving the area for better opportunities: “I’ve heard Oklahoma and Kentucky are good states to live in right now.”

Calixtro is not the stereotypical working-class voter duped by “cultural” issues instead of watching out for his own economic interests. Yet President Trump has triggered feelings and responses that are pulling many voters away from single issues like guns and religion that previously determined their vote.

Others are sticking with Trump and McClintock despite the president’s seemingly daily scandals. In Placerville, an old gold-mining town along the route to Lake Tahoe, Trump supporter and former correctional officer Robin McMillan Hebert was concerned that gun rights and public safety were under threat. “I believe in law and order, otherwise there would be chaos — and I don’t believe in chaos,” she said. “Sacramento is a good example. There have been a lot of recent protests there.” A registered Republican, she compares President Trump’s treatment of women to Bill Clinton and John F. Kennedy’s. “I’m not going to expect someone to be perfect when I myself can’t be perfect.”

In Roseville, a man who works for the city utility company and is a member of the International Brotherhood of Electrical Workers, talked about the threat of outsiders.

“I’m tired of seeing cities burning down, and all the lawlessness,” he said, directing traffic for his crew of municipal workers. “It started with Occupy Wall Street.” He added that homeless people were like cats: “If you feed them they keep coming back.”

The man, who refused to give his name, said his wife is a vice principal at a local public school, and claimed she “got emotional” last January and went to the local Women’s March. He believes it was organized “not to defend women but to hate Trump.” He also thinks that homosexuality is morally wrong and is “pushed in your face” by liberals.

He said he supports McClintock but is reluctant to talk publicly about electoral politics because he thinks liberals will “throw a brick” at him if he expresses his opinions. “Now we have to accept transgender. Come on.”

Placer and El Dorado counties are recipients of the flight from cities — an exodus fueled by affordable housing, the desire for good schools and the expansion of high-tech jobs into suburban and exurban environments. Indeed, the suburbs surrounding Sacramento were among the top 25 growth areas in the country between 2015 and 2017.

Retiree: “Men have screwed it up a bit,
let’s put some smart ladies in there.”

The evolution of such suburbs is complex. In general suburbs are becoming more diverse and increasingly polarized economically, and more people are living in them today than in cities.

Following the June primary, Democratic frontrunners Morse or Bateson will have to work to attract significant numbers of Republican moderates and those with no party preference if Democrats are to pull off another Conor Lamb-type upset and topple McClintock. And since registered Republicans outnumber Democrats by over 60,000 voters, many Republicans will also have to stay home in November for such a reversal to occur.

Jack Chittick stands on his front lawn in Sun City, a retirement community in Roseville built by Del Webb. Instead of carpool lanes, Sun City has lanes for golf carts. Chittick, an 84-year-old retiree who was a top executive at the Pirelli Tire Company, points to the hardcore Republicans who walk past his house to the golf course across the street. “I like the cleanliness of this place,” he says, “the golf course, the big homes, the shopping areas and the good hospitals.”

He doesn’t think McClintock represents the average person in the district and wants a congressperson who can make the tax structure fair for the middle class. Reflecting on his life, he admits he got “carried away” with his career as a corporate manager and the values that came with it. “I had achieved everything by myself,” he once believed, “so why couldn’t everyone?” But he had a change of heart when his wife started working with the homeless, and pointed out to him that the challenges they face were enormous.

“Democrats have a 50-50 chance,” he says, handicapping the race. “Men have screwed it up a bit, let’s put some smart ladies in there,” he adds, referring to Morse and Bateson. “I’m sure they couldn’t do worse, and they could do a lot better.”

Bob Toste is another Roseville retiree and former Republican, who “bought into the trickle down theory” before it registered with him that birth determines economic class more than any other factor. He is careful about who he talks to about politics in his neighborhood, especially on immigration issues. Toste wants someone who is sympathetic to the undocumented immigrant students called Dreamers and is angered by McClintock’s vote to repeal Obamacare. “I have good health insurance, having retired from a utility. But health insurance for our nation is very important for me. And trying to go back on that right now is horrendous,” he said.

If the Republican National Committee and its well-funded conservative political action committees pour money into CA-4 after the June primary to shore up McClintock, it will be an indication that the party brand is in deep trouble.

Come November here, Barbara Bush’s billboard admonition might come to pass. Sun City retiree Jack Chittick also wants voters to believe in something bigger than themselves – a change of political heart in District 4.

Video and images by Kelly Candaele.