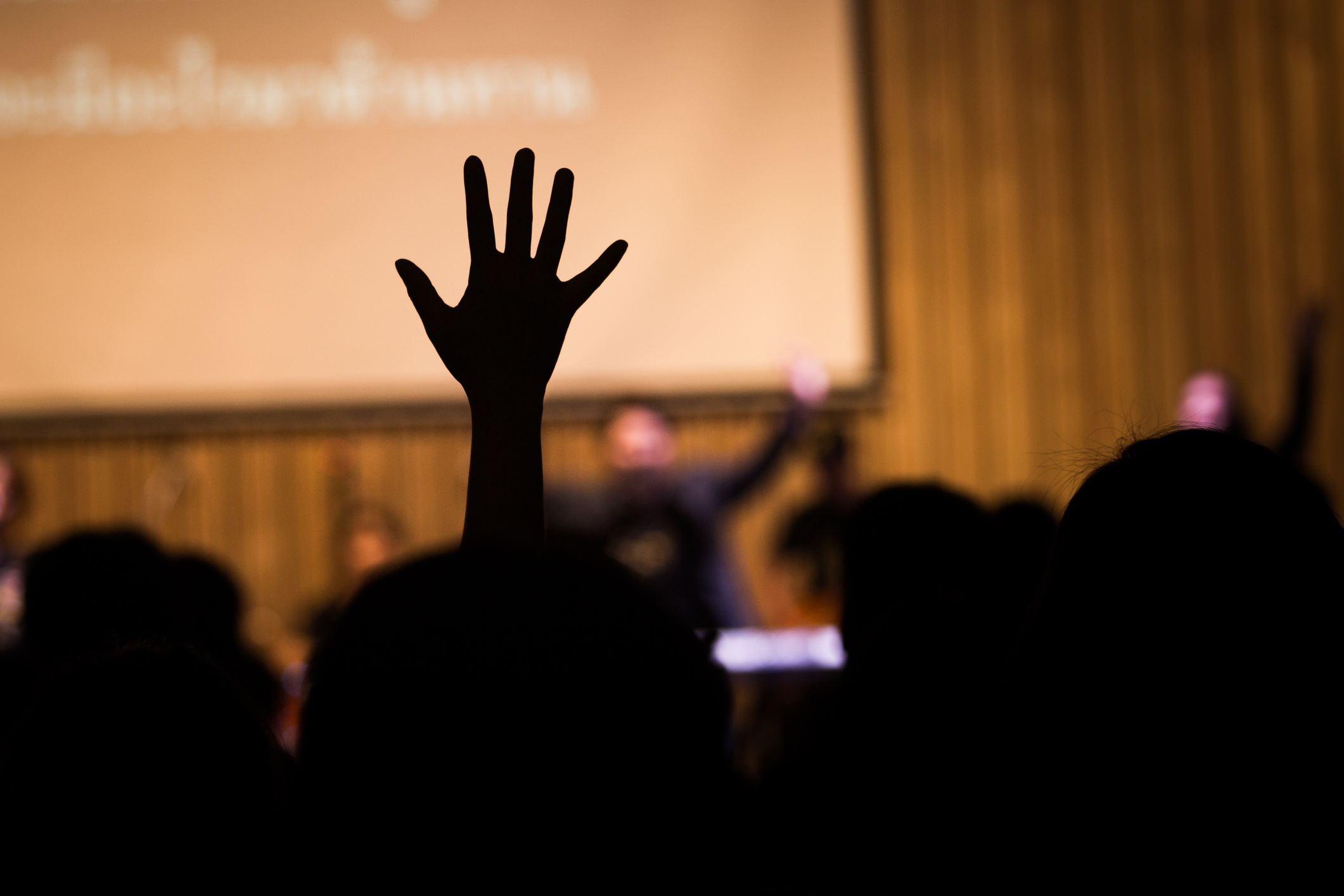 Shareholders are pressuring some of the largest American corporations to account for political spending that may be aiding voter suppression or election interference.

Since the January 6, 2021, U.S. Capitol riot, shareholders at companies including AT&T, Cigna, and Home Depot have put forth resolutions demanding they explain how donations to politicians and groups backing policies such as restricting voting hours and other rights align with corporate values. In the past, shareholder activism has focused mostly on corporate responsibility causes such as environmental issues and pay equity between men and women as well as governance like executive pay.

The newest movement, addressing threats to democracy, is gaining traction.

This year, for instance, AT&T shareholders put forth a resolution noting that “in June 2021, AT&T or its PACs contributed $132,500 to Texas state lawmakers who had supported bills that raise voter suppression concerns.” It called for the company to analyze “incongruent” political donations and to state “whether the Company has made, or plans to make, changes in contributions or communications to candidates as a result of identified incongruencies.”

“Most companies find it extremely difficult to ignore a third of their shareholder base.”

The resolution received 44% of shareholder votes cast. Though short of passage, support at that level can be enough to prompt a company to act. “Any vote over 30% is a strong vote,” said Jonas Kron, chief advocacy officer at Trillium Asset Management, a progressive Boston-based firm that manages $5.3 billion in assets. “Most companies find it extremely difficult to ignore a third of their shareholder base.”

Shareholder advocacy observers note that corporate boards have in the past directed management to act in response to resolutions that have won 30% or more of votes.

“When pointed out to shareholders that [AT&T’s] political contributions are undermining their goals and values, the shareholders really start to get it. They recognize it as a business risk,” said Shelley Alpern, head of corporate engagement for Rhia Ventures, which coordinates efforts of shareholders interested in improving corporate policies on reproductive health care and treatment of women in U.S. workplaces.

Shareholders have upped the scrutiny by focusing on more than just disclosure of political expenditures, or simply listing which politicians and groups receive money. Heidi Welsh, executive director of the nonprofit Sustainable Investments Institute, which tracks shareholder proposals, said that now, “It’s not just a question of telling what you are doing but what is your money doing.”

At AT&T, it remains to be seen what board action may be taken in response to the resolution. In an email statement, a spokeswoman said, “We can’t speculate about future board actions,” and referred to its statement urging shareholders to vote against the proposal.

In April of this year, AT&T was among the top corporate donors to U.S. senators and representatives who voted against certifying the election for President Biden.

That statement said, “We believe our core business objectives and political giving align with our values. When AT&T decides to weigh in on specific legislation, we take positions that are consistent with the company’s already-stated values and business priorities.”

AT&T was among the major corporations that condemned the January 6, 2021, riot. Many companies made public proclamations that they would stop giving money to any politician condoning the riot and/or so-called election deniers.

“We applaud all those who stood strong to thwart an appalling insurrection bent on blocking the peaceful transfer of power following a free and fair election. Freedom, democracy and rule of law are America’s bedrock and must never be usurped.” Moreover, on January 11, AT&T said its federal political action committee would suspend contributions to election deniers.

But AT&T and other companies soon resumed giving to the very politicians that they claimed were at odds with a democratic system. For April of this year, the giant telecom company was among the top corporate donors to U.S. senators and representatives who voted against certifying the election for President Biden.

A resolution at Cigna asserted the company did not live up to its pledges to “discontinue support of any election official who encourages or supports violence” and to back “gender equity in the workplace.”

Resolutions on environmental, social and governance issues have started to gain support from some of the biggest institutional investors, including BlackRock, State Street and Vanguard.

In fact, the company, whose workforce is three-quarters female, has done the opposite, according to the proposal submitted by shareholder and social investment firm Clean Yield Asset Management and partner Rhia Ventures. “Cigna and its employee PACs have donated at least $3.4 million to politicians and political organizations working to weaken women’s access to reproductive health care,” it said.

The Cigna proposal received 46.3% of shareholder votes. Cigna did not respond to requests for comment.

A proposal aimed at Charter Communications called out the company for donating to organizations that support voter restrictions. The proposal, filed by shareholder Handlery Hotels and partner Rhia, received 30% of shareholder votes. More significantly, State Street, a large investor that had voted against the Cigna resolution, supported it.

One case in which activists got results without winning a majority vote occurred at the JPMorgan Chase & Co. annual shareholder meeting in May 2021 with a resolution criticizing the company’s donations to an organization opposing the EPA’s Clean Power Plan, as well as to politicians who attacked LGBTQ equality and abortion rights.

The 2021 proposal, filed by Rhia on behalf of investor Jonathan Weinstock, received 30% of votes cast. Investor Educational Foundation of America with partner Rhia filed another, similar proposal to be voted on at this year’s annual meeting. But Educational Foundation of America withdrew the proposal after reaching an agreement with JPMorgan, according to the company. In response, the company strengthened its “Political Engagement and Public Policy” to reflect the shareholder resolution:

“In the event that the Firm identifies a substantial misalignment in the company’s values and organizational priorities and recipients of political contributions, it will disclose this information in our annual Political Engagement Report.”

In September, for the second year in a row, FedEx is scheduled to face a shareholder proposal pushing the company to report on any misalignment of its political spending with its corporate values.

Resolutions on environmental, social and governance issues have started to gain support from some of the biggest institutional investors, including BlackRock, State Street and Vanguard, according to the Center for Political Accountability. Large asset managers, which invest and control trillions of dollars for pension funds, foundations, endowments and individual retail investors, recognize the potential negative financial impact on corporations if they are perceived as regressive on environmental, social and political issues. BlackRock has been out front on these issues, but pulled back this year with its support, according to the asset management firm’s July 25 report.

In September, for the second year in a row, FedEx is scheduled to face a shareholder proposal pushing the company to report on any misalignment of its political spending with its corporate values. Clean Yield Asset Management, on behalf of shareholder Rachel Ann Hexter-Fried, has filed a proposal noting:

“FedEx stated, ‘We condemn the violence that occurred in Washington, D.C., and fully support the results of the U.S. general election.’ Yet FedEx subsequently contributed $58,500 to 27 members of Congress who challenged the certification of the 2020 presidential results that day.”

The resolution also called out FedEx for contributing money to the Republican Attorney Generals Association, “two-thirds of whose members signed a brief urging the Supreme Court to throw out the 2020 election results from four states.”

A similar proposal filed by Clean Yield Asset Management last year received 37% of the vote. The proposal did not pass, but a separate one calling on FedEx to “disclose information about the corporation’s lobbying activities and expenditures” was approved with 62.2% of the vote. The lobbying disclosure proposal was submitted by shareholder the International Brotherhood of Teamsters General Fund and co-filer As You Sow.

In an October 2021 report, Vanguard acknowledged “gaps” between Fed Ex’s public policy priorities and its corporate strategy and values, saying it “remains an area for improvement” for the company. In supporting the lobbying disclosure, Vanguard said it “presents a more immediate opportunity for FedEx.”

Asked whether FedEx intended to address shareholder activist Clean Yield’s newest proposal, a FedEx spokeswoman said in an email statement that it meets regularly with its largest shareholders on business strategy and sustainability initiatives to “effectively address our stockholders’ priorities, perspectives, and concerns.” FedEx referred Capital & Main to its policy page on political contributions.

Shareholder activists including large pension funds and independent asset managers are expected to continue their push next year on social and environmental proposals.

Asset manager Trillium’s Kron said that as government has become less and less capable of addressing society’s needs, shareholders want companies to do so.

“Government is not being responsible to their needs. That’s not the way it should be,” he said. “That’s pulling companies into the democratic process and into the needs of society whether they want it or not.”