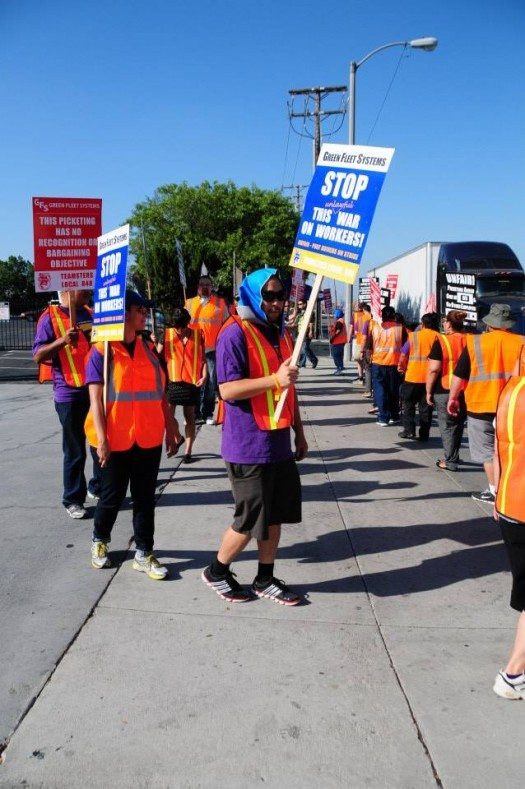 One hundred twenty truck drivers who haul freight to and from the twin ports of Los Angeles and Long Beach went on strike Monday against the three companies they work for. The work stoppage, which has no announced end date, was called to protest alleged retaliation by Green Fleet Systems, Total Transportation Services Inc. and Pacific 9 Transportation, as well as the drivers’ long hours and low wages. Perhaps more important, the strikers are motivated by their determination to end the companies’ practice of classifying drivers as “independent contractors” – a status that allows the firms to treat their workers as second-class citizens and to avoid contributing payroll taxes to the state and federal governments.

Today workers at the Port of Savannah, Georgia also threw up picket lines to protest similar treatment by local trucking companies. According to WJCL TV, Teamsters Local Union 728 “has called on the Georgia Ports Authority to come out publicly condemning the classification of port truck drivers as contract employees rather than full-time.” 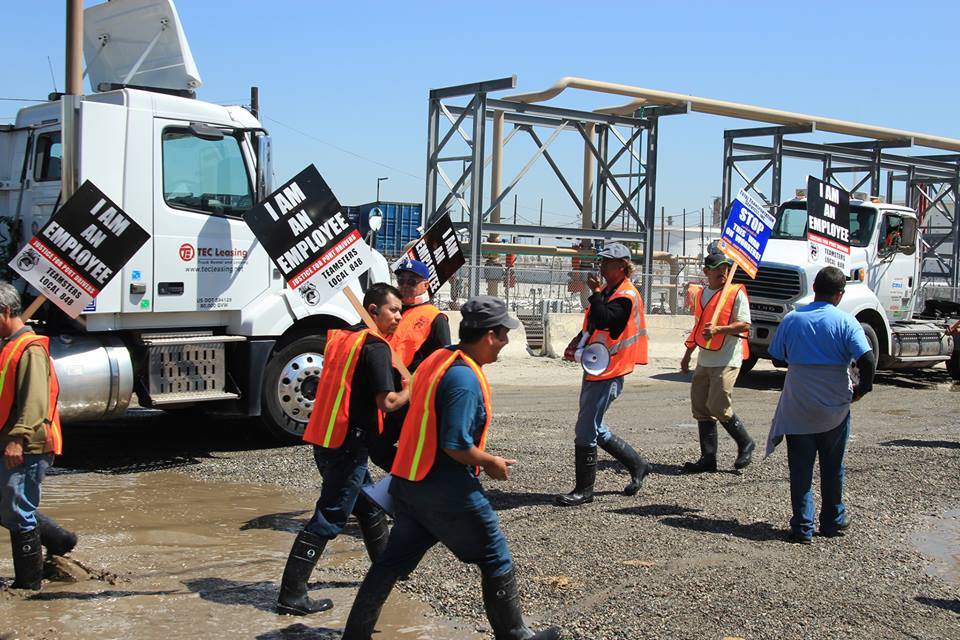 Outside the Evergreen Container Terminal.