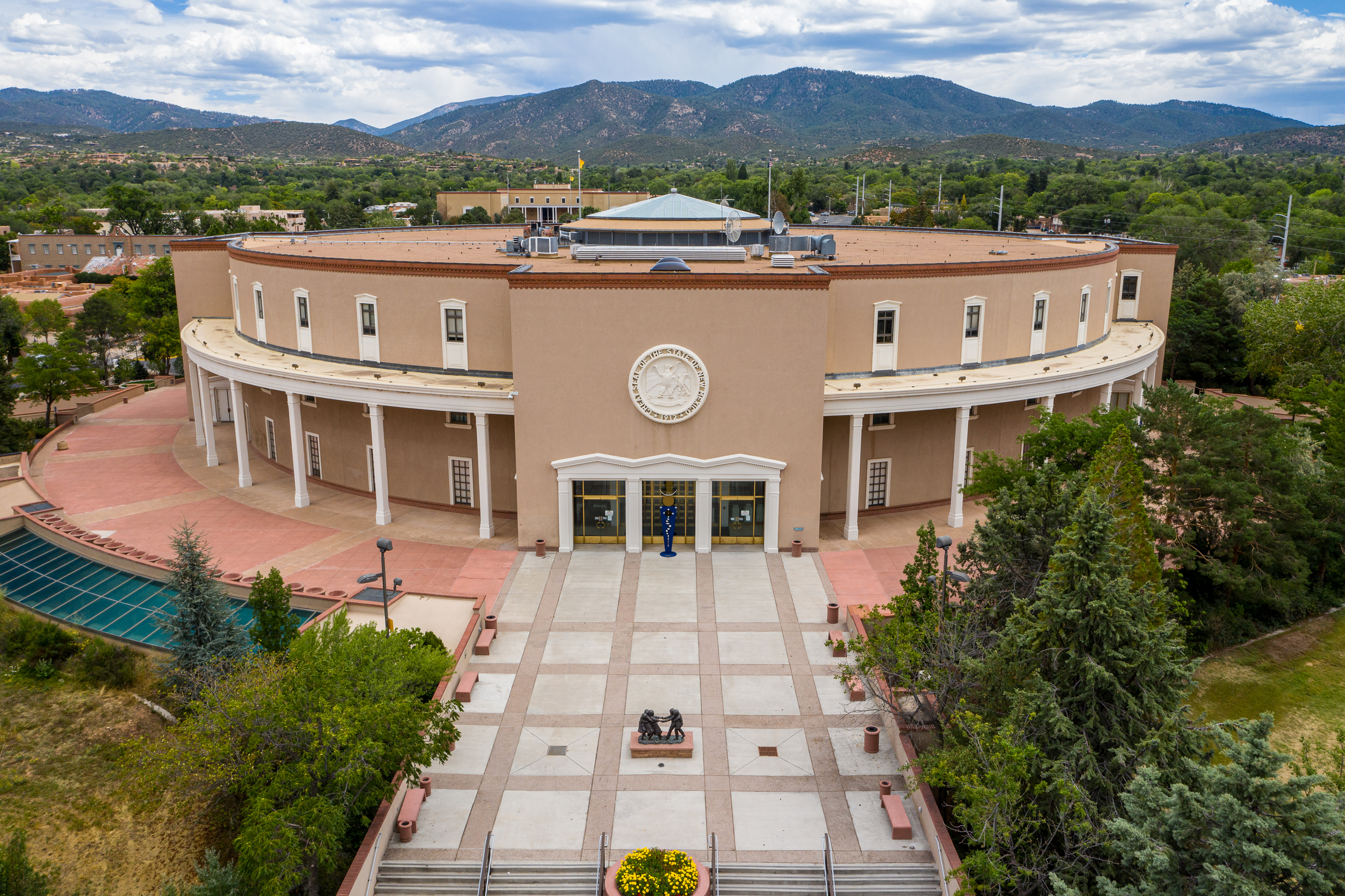 The 2022 New Mexico legislative session ended four weeks ago, but many who worked through the session are still scratching their heads over what they saw.

Ostensibly, they witnessed a biannual session dedicated to allocating the largest state budget in history — a budget built largely on revenue from the oil and gas industry. But another 642 bills, measures and joint resolutions were wedged into the docket during the four-week meet — with proposed legislation ranging from regulating payday loans, to a constitutional green amendment, to housing, to a newfangled hydrogen hub. Most never came close to a floor vote.

And to top things off, the chaos ended with all-night floor sessions marked by grandstanding and filibustering that both dragged out debate and ran out the clock on many bills.

“That session was so crazy,” says Sen. Antoinette Sedillo López (D-Albuquerque). “I’m trying to process it.”

A lot didn’t get done, and that’s no surprise to any of the legislators, activists or academics who watched the affair. But the sheer scope and importance of that unfinished work — particularly in the environmental realm — has many saying that the nexus of the problem is the state constitution itself, and that the constitution needs to be changed to keep powerful interests from gaming the system.

“This Legislature was designed in 1911,” says Sen. Sedillo López. “That’s back when patróns and ranchers would literally go to the capitol in horse and buggy and do a few little bills, pass the budget and go home.”

State legislators have tinkered with the constitution more than 70 times over the years, though its basic structure remains the same.

New Mexico has the only unpaid state legislature in the country, so only people who can be away from work for one or two months out of the year can afford to hold office.

“The world is simply more complex than it was,” says Timothy Krebs, PhD, head of the political science department at the University of New Mexico. He points to Gov. Michelle Lujan Grisham’s signature act for the session — a hydrogen development act that failed spectacularly four separate times. Krebs wasn’t surprised. “That’s a really complicated piece of legislation,” he says. For legislators to understand and decide on something that covered CO2 emissions, grants, loans, bonds and power plants in one bill in a 30-day session? “I don’t see it,” he says.

House Speaker Brian Egolf (D-Santa Fe) didn’t see it either. After the governor and others spent months writing and promoting hydrogen hub legislation, Egolf used the power of the speakership to table two versions of the bill, without comment, effectively killing them in about 15 seconds total.

Egolf did not respond directly to questions about the hydrogen bills. “During the 30-day session,” he says, “our primary duty is to create and approve the state budget.”

But in a state facing yet another year of crippling drought — driven in large part by the fossil fuels dug up in its borders — there’s a lot more for a legislature to do in a year than deal with a budget.

Legislators have traded horse and buggy for cars and trucks, but the impression of a moneyed elite running the state still holds. That’s because New Mexico has the only unpaid state legislature in the country, so only people who can be away from work for one or two months out of the year can afford to hold office. Legislators do receive a $165 daily stipend to cover living costs in the capital, Santa Fe, during the session, though hotel costs near the Roundhouse (the state capitol) run $200-$400 a night.

“There are legislators who romanticize this citizen’s Legislature,” says Rep. Angelica Rubio (D-Las Cruces). “But this romanticization is what has driven our inability to really plan for a just future for all, and instead allows for a system that is advantageous towards greed and corruption. Right now, it is absolutely impossible for a regular New Mexican to serve without making some really personal and professional sacrifices,” she says.

“Unless you’re sort of retired or independently wealthy, how long can you afford to serve?” Krebs asks. “You’re trying to serve the public at the same time you’re trying to maintain a roof over your head … It’s difficult.”

Retirees are common on both sides of the aisle. “I couldn’t have done this in my 30s, mid-career, absolutely no way,” says Sedillo López. “But I’m retired, and that’s the only thing that allows me to do this.”

“My first year in the Legislature, I was shocked when someone told me that if there was no one available to answer my questions, just ask a lobbyist.”

The every-other-year setup also means that legislation that stalls in one session often has to wait two years to be proposed again. “The issues they’re dealing with are really complex,” says Krebs, “and even during the 60-day session … it’s still not really enough time.”

Most states with short sessions overcome this problem with large legislative staffs, but rank-and-file legislators in New Mexico don’t have that luxury. Committee chairs and members of major committees have staff to help parse what’s at stake, but most legislators are left to figure out things on their own.

“My first year in the Legislature, I was shocked when someone told me that if there was no one available to answer my questions, just ask a lobbyist,” Rubio says.

“They don’t often have the capacity to make … reasonable, rational and good decisions,” Krebs says. “That will have long-term impacts for the state.”

It also gives extra power to lobbyists and others with means to devote time and resources to shaping legislation to their interests. In New Mexico, that means oil and gas.

“It’s such an unfair advantage,” Rubio says. “But it’s normalized.”

“Oil and gas is powerful because they have expertise,” Krebs says. Oil and gas lobbyists (among others) are paid to work all year on policy and legislation. While New Mexico’s legislators are working their day jobs, powerful interests “can quietly work behind the scenes and get what they want from the Legislature.”

Plus, especially in the latest session, the oil and gas industry was on everyone’s mind, as its revenue paid 40% of the state budget. Historically, it also spreads campaign money on both sides of the political aisle, though generally more for Republicans.

Gov. Lujan Grisham’s office didn’t answer questions about the ingrained problems legislators face, but her press secretary, Nora Meyers Sackett, wrote, “Gov. Lujan Grisham is proud to be leading one of, if not the most, climate-forward administrations in the country, and her work to mitigate the effects of climate change while creating jobs and a clean energy future for generations of New Mexicans to come will continue.”

That actually has Sen. Sedillo López worried, because much of the governor’s work has been done by executive order. “It’s not enshrined in law and statutes,” she says.

Since New Mexico is the second-largest producer of oil in the country, environmental and climate legislation here can have an outsized impact at the national level — if it passes.

Sedillo López points to the administration of Bill Richardson, which created a raft of climate and environmental regulations through executive order. His tenure ended 11 years ago, and he was succeeded by Susana Martinez, a Republican. “And within 10 months, the Martinez administration had reversed all of that,” Sedillo López says.

The Green Amendment that she has championed in the past two sessions would have made a healthy environment a constitutional right and would have helped enshrine some environmental gains in law — but it was knocked down again this session after strong lobbying from the oil and gas industry. That despite apparent strong public support.

“Legislation like that doesn’t pass because of our dependence on oil and gas,” Rubio says.

Other major environmental legislation that failed after fossil fuel groups lobbied against it included clean fuel standards and statewide greenhouse gas emission limits. Since New Mexico is the second-largest producer of oil in the country, and 53% of the state’s greenhouse gas emissions come from the oil and gas industry’s operations, environmental and climate legislation here can have an outsized impact at the national level — if it passes.

“There are probably some things that [the Legislature] could do that would have some immediate effect,” says Krebs. “Increasing the legislative session … paying the legislators … probably the biggest thing is increase the staff.”

Rubio tried to kick-start that process during the session. Among the many bills she carried, two dealt directly with legislative issues — one to create a commission to establish salaries for elected and other officials (it didn’t pass committee) and another to fund a study of legislative sessions and salaries. That died after the “junior” funding bill in which it was contained wasn’t signed by the governor.

Until legislative change happens, Sedillo López thinks it’s unlikely that legislators can efficiently pass big legislation, much less successfully regulate fossil fuel interests. “That agenda would be, I think, full time for months. But we don’t have that,” she says. “It’s much easier for oil and gas to stop things they don’t want because we meet so infrequently.”

So while this legislative session may have looked like a chaotic four weeks in which very little was accomplished for New Mexico, it was actually a very productive year for oil and gas. “They had a successful session,” Sedillo López says.

California is Falling Behind Its Climate Goals. Big Oil Wants to Help.