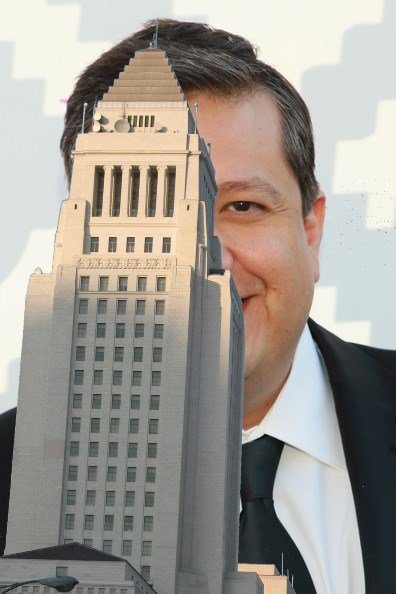 For days before Thanksgiving, 2009, Santa Ana winds had been blowing up ash and dust from the massive Station Fire that recently burned north of Los Angeles. The scorching, high-pressure weather system seemed a suitable climate for L.A.’s financial meltdown as the city entered the third year of America’s recessionary slump. Inside City Hall on that Wednesday before the holiday, government representatives and members of the news media listened to the testimony of a man who was on his way to becoming one of Los Angeles’ most powerful figures. He was only 40, held no elective office and had started his job as the City Administrative Officer just three months before.

Yet on this Thanksgiving eve Miguel Santana held the rapt attention of the City Council and journalists as he delivered shocking news: Los Angeles faced an imminent shortfall of $98 million and, based on his projections, the city could be burdened by a $1 billion debt by 2013.

One billion dollars. The city had two choices, it seemed: It could try to maintain its current level of services and die a slow, painful death, or it could submit to radical surgery and stay afloat; Miguel Santana would be the surgeon. The announcement jolted city government, which had no experience in managing such an economic calamity, into accepting remedies that Santana, who is the city’s top budget officer, would soon propose – remedies that resulted in draconian austerity measures, the dismissal of about 5,000 city workers and renegotiation of employee pension and medical benefits.

In the following four years Santana would deliver more doomsday predictions: that bankruptcy lurked around the corner; that approval of a ballot measure to inject money into the city’s libraries would blow open a $6 million budget hole, and that the city would lose 500 police officers unless voters passed a regressive sales tax.  A 2012 report by Santana scolded the City Council for relying on one-time budget fixes and warned that ignoring his proposals could send Los Angeles down the same road as Stockton. By invoking the name of that bankrupt San Joaquin Valley city, Santana helped spread a fear of insolvency in City Hall. Yet despite Santana’s warning of bankruptcy, last April Mayor Antonio Villaraigosa proposed a budget for Fiscal Year 2013-2014 that included a one-time surplus of $119 million. While some of that surplus would rely on additional pay and benefit reductions for city workers, even without such cuts the city would have a projected surplus of close to $100 million.

Throughout his tenure, though, few in City Hall or in the media have questioned the veracity of Santana’s predictions or, for that matter, Santana’s competency. After four years Santana’s reputation as a straight-talking technocrat remains intact. He may very well, in fact, be reappointed by incoming Mayor Eric Garcetti to his current position, from which he has consistently portrayed Los Angeles’ future in the bleakest terms imaginable.

Veteran City Hall observers say Santana has injected politics and his personal ideology into the CAO’s office, acting more as an antagonist than a neutral fact-finder on progressive ordinances involving banking transparency and waste-hauling reform – all the while doggedly exaggerating L.A.’s financial problems. Rather than serving as an objective presenter of facts to the Mayor and City Council, they say, Santana has pushed hard for solutions predicated on slashing city services and privatizing city functions.

“From the beginning of the financial crisis, he’s adopted a posture of instilling panic into elected officials,” says one City Hall insider who, like several sources interviewed for this article, requested anonymity. “He doesn’t respect the city or its officials enough to tell the truth. It’s a game of brinkmanship – ‘My way or bankruptcy.’ He’s done damage to the city by beating the bankruptcy drum instead of looking for rational solutions.”

Santana’s supporters deny these charges and say that he has done a good job during extremely difficult economic times.

“I’ve watched this poor guy get beat up,” says Keith Comrie, who served as CAO from 1979 to 1999. “You don’t go through the worst recession without huge problems.”

Perhaps most important, Santana also appears to have the support of City Council president Herb Wesson, who has said that he would fight any efforts to remove Santana. The Council has the authority to override any move by the Mayor to replace the CAO.

The City Administrative Officer is appointed by the Mayor, and reports to both the Mayor and City Council. The position has been filled in the past by influential and respected officials, including Comrie, C. Erwin Piper and Bill Fujioka, L.A. County’s current Chief Executive Officer. For the system to work, the CAO must present the facts of the city’s financial picture in an impartial manner, so the Mayor and the Council can make informed decisions.

“People have to believe in the CAO’s numbers,” says Raphael Sonenshein, executive director of the Edmund G. “Pat” Brown Institute for Public Affairs at California State University. Sonenshein, who has served as executive director of the Los Angeles Charter Reform Commission, says the office of the CAO is little known to the general public but crucial to the efficient working of city government. “I think it’s quite important,” he says. “Hopefully, [he] brings professionalism and analytical skills to City Hall.”

Critics, including many in the labor movement and others inside City Hall, say that Santana’s job performance has been lacking, and they urge an open debate about whether he should continue in the job. Specific allegations include:

In an interview with Frying Pan News, Santana vigorously defended his job performance.

“We didn’t know about it at the time because it’s a very unpredictable and uncertain process,” he said of the windfall resulting from the CRA’s dissolution. Among other things, he said he has provided accurate financial information, analyses and recommendations to the Mayor, the City Council and the public.

“The city has gone through this traumatic period,” he said. “We were in a very dangerous place four years ago and we’ve made slow and steady progress. There’s no exaggeration – the facts are what they are.”

Talking about his support for the controversial sales tax hike, Santana said, “Had Measure A passed, the structural deficit would have been eliminated and we’d be talking about restoring services in a significant way.”

Referring to himself and his staff, he said, “We feel very proud of the work we’ve done.”

In addition to the criticism of Santana’s projections, he has faced scrutiny over his role in labor negotiations and his difficult relationship with union leaders. While it’s not unusual for CAOs to have a rocky rapport with labor, Santana’s dealings with union leaders seem exceptionally contentious. During the Mayor’s race union officials pushed the candidates to state whether they would retain Santana if elected. None of the candidates, including Eric Garcetti, declared at the time that they would choose a new CAO.

City Hall sources say that questions have been raised about Santana’s effectiveness. In early 2011, with labor talks stalled, responsibility for the negotiations were quietly transferred to officials in the Mayor’s offices and then council president Garcetti’s office, according to one insider. An agreement was reached with labor in March 2011 that called for thousands of city workers to increase their health-care and pension contributions in exchange for an end to furloughs caused by the financial crisis.

Santana acknowledges that he has had an up-and-down relationship with labor.

“Overall, my relationship with labor is that what normally exists between management and labor . . . There’s always moments in time when each side is not happy with each other.”

Beyond his contested financial projections and controversial relationship with labor, Santana has also come under fire for his aggressive efforts to privatize government operations. Typically in such scenarios, government gives control of public functions and services to a private company. A city or state pays a private company to perform public services. Supporters of privatization claim that private companies can be more efficient. Opponents say there is no evidence of this and that there are serious risks involved.

Privatization means giving up important controls and safeguards, as well as transparency over public functions. Also, once the service is privatized, the public loses its ability to examine crucial information relating to that service – and is shut out of the decision-making process. There are numerous documented examples in which privatization has resulted in diminished services, cost increases, reduced access to services and inadequate safeguards against corruption.

Santana says he believes that certain city services and functions – particularly the zoo, Convention Center and ambulance billing and collection – can best be performed by the private sector:

“If you look at what’s most successful, in terms of zoos, 80 percent are run by private foundations . . . The three most successful [convention centers] are privately managed.”

“It’s not a wholesale agenda to privatize government,” he says of his economic strategy for L.A.  “I’m the biggest believer in government. My whole career has been in public service and government. I believe government has a big role to play. I also understand we have limitations.” He said that privatizing selected operations such as the zoo and Convention Center would better allow city government to focus on its core services, including public safety, libraries and quality of life services.

Steve Koffroth, a business representative for Council 36 of the American Federation of State, County and Municipal Employees (AFSCME), is critical of Santana’s privatization proposals.

“His efforts to contract out shows he is willing to sacrifice protection of public services for profit,” says Koffroth. AFSCME Council 36 represents public sector workers in Southern California – many of whom in the city of Los Angeles have been directly affected by Santana’s positions.

As the new Mayor prepares to take office, one of his key decisions is whether to re-appoint Santana as the city’s top budget official.

“I report to both the Mayor and the City Council,” Santana said. “Part of my job is to raise issues and make recommendations that are often difficult for them to confront. Some people may criticize the messenger in that process. At the end of the day, I’m not the one that makes the final decisions.”

AFSCME’s Steve Koffroth remains unconvinced that incumbency should be its own reward.

“The question in my mind about keeping Santana in that position,” Koffroth says, “is whether he is really there to serve the public good.”

Warehouse Organizer Back on the Job