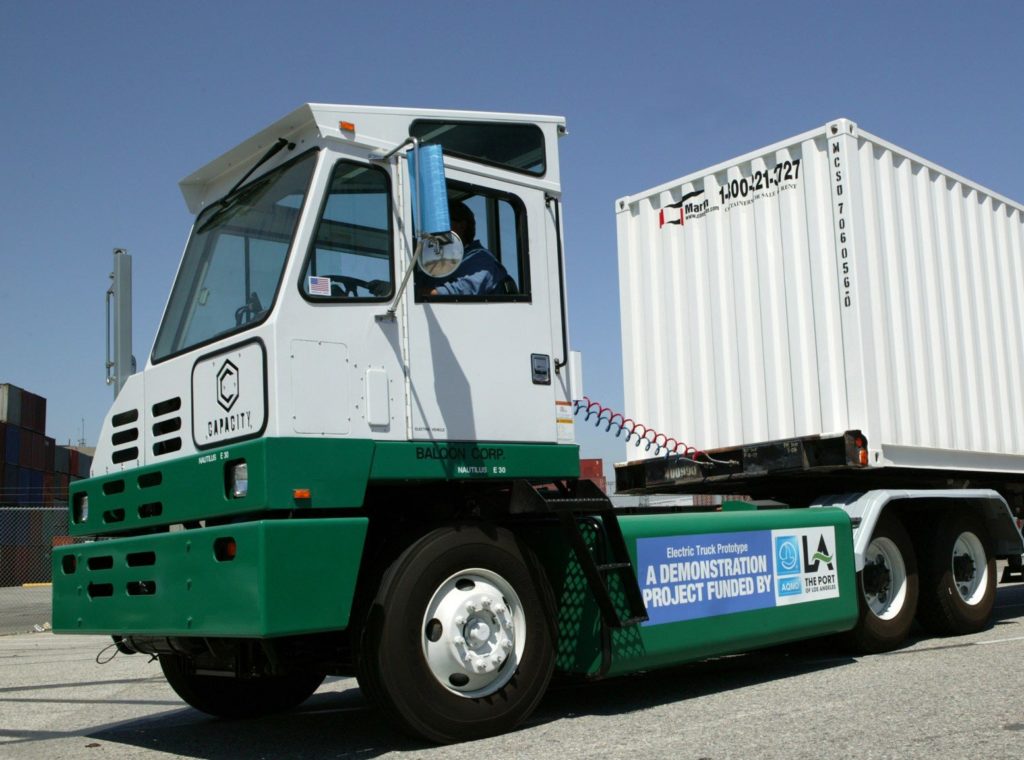 Seven years ago, the Coalition for Clean and Safe Ports came together with one simple goal: to fix the broken port trucking system. For too long, port trucking had been a case study in market failure: The trucks spewed emissions that killed three area residents each week; a fragmented, inefficient market led to delays for cargo interests; and truck drivers had among the lousiest jobs around. So we came together – environmentalists, faith leaders, immigrant rights groups, union organizers and others – and worked with the Port of Los Angeles to develop what became the award-winning Clean Truck Program (CTP).

We’ve made great strides toward some of our goals. The entire fleet of about 12,000 trucks has turned over. No more 60-year-old trucks in service (no joke!). All trucks have cleaner engines and truck emissions have decreased an estimated 80 to 90 percent. Residents around the port – and along major trade freeways like the 710 – are breathing better and we’re making a real dent in children’s asthma, respiratory diseases and other ailments.

But even with these improvements, we simply don’t have the Clean Truck Program anyone originally envisioned or the one the Port passed. Originally, the CTP required the trucking companies to take responsibility for the trucks themselves, instead of continuing to pass along the costs to low-wage, mostly immigrant drivers. The trucking companies call these drivers “independent contractors” and charge them for the privilege of coming to work! The Port understood that a truly sustainable environmental cleanup would require ending the fiction of driver independence. But thanks to the dogged opposition of the trucking industry, individual drivers still pay the bills for the environmental cleanup.

Consider this: Government studies found that prior to the CTP most port drivers made about $30,000 a year (before paying taxes) for a 60-hour work week, driving old, dirty trucks they owned outright. Since the CTP – and the industry’s success at continuing to avoid responsibility – there’s been no change in driver income, but there’s been a significant change in driver expenses. Now most drivers are forced to pay truck leases that average more than $1,300 a month. How are these drivers going to afford the $8,500 in annual maintenance costs on their new rigs? How are we going to keep the air clean as these trucks age? And while we need to continue to push the envelope on emissions reductions, is it fair to clean the air by further impoverishing port drivers?

The situation is especially galling because of the amazing – and unrealized – potential. In a recent op-ed (behind a paywall) in the Los Angeles Business Journal, the Port’s retiring executive director, Geraldine Knatz, wrote eloquently and accurately about how the Port “has long been a powerful economic engine and a catalyst for employment.” That providing quality jobs was part of the bargain with the community. And largely, the port does provide quality jobs to thousands of longshore workers and others. But not to the 12,000 truck drivers, trapped in a form of indentured servitude because of the truck leases foisted on them by unscrupulous trucking companies.

But there are reasons for optimism.

First, after 30-plus years of running wild and trampling workers’ rights, trucking companies are beginning to be held to account for their law-breaking. As more and more drivers file claims with the state Labor Commissioner, the state is finding that companies have been illegally misclassifying drivers and stealing from them – to the tune of more than $4,000 a month for each driver! There are hundreds of claims pending – and about a dozen leading trucking companies are defending themselves in class action lawsuits, to boot – and industry liability exceeds $100 million. The wheels of justice turn very slowly – especially with our underfunded courts and understaffed Labor Commissioner’s office – but drivers’ rights are being restored.

Second, the Port is now preparing for the second phase in its Clean Truck Program. The first five-year term is coming to a close and Port staff and commissioners are beginning to grapple with the key questions: How do we keep emissions improvements on track? How do we hold companies to account for their operations? How do we address the impact of company irresponsibility on drivers and on the community? How do we enforce the CTP in a context where the state is finding company after company guilty of illegal worker misclassification and of wage theft?

Third, drivers themselves are taking direct action. Earlier this year drivers went on strike at Green Fleet Systems and other drivers are publicly organizing with the Teamsters at several companies. Labor unrest is likely to continue, though reduced company intransigence and increased Port attention may prevent disruptions from getting out of control.

As Dr. Knatz explained in her op-ed, “clean air alone will not re-create the strong bond with the community. We need to again be the place where thousands more wake up every morning and come into the port.” Of course, mere job creation is never the goal. Rather, we need to be creating good jobs that sustain families and keep our communities healthy. We’ve come a long way, but we still have a long way to go.

(Gisele Fong, PhD, is the Executive Director of EndOil/Communities for Clean Ports, a Long Beach resident and mother of two.)

About That Obamacare Pledge