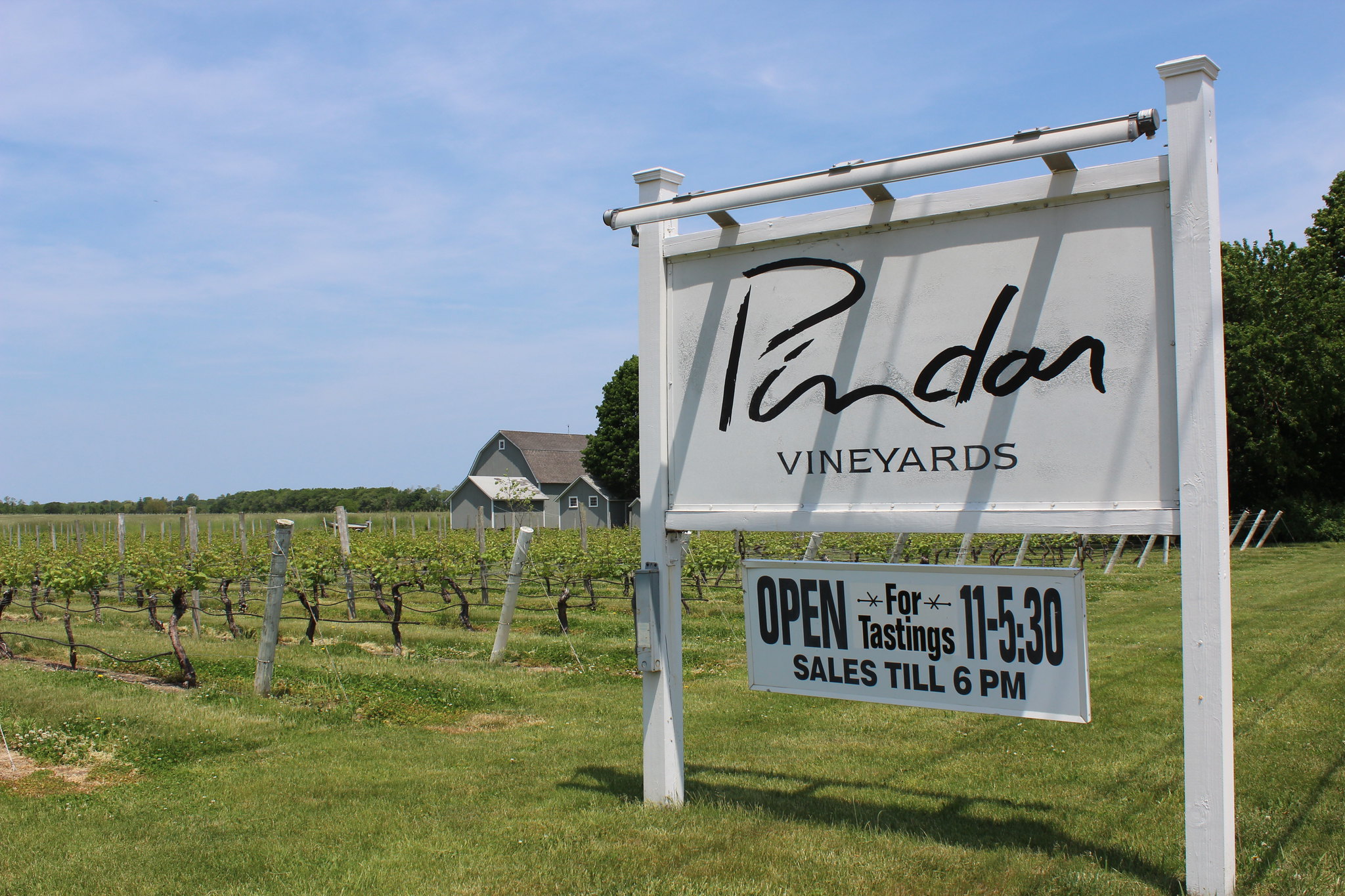 In his 19 years harvesting grapes for Long Island’s largest vineyard, Martir Diaz’s wage has barely budged, and he’s come to appreciate the smallest of workplace victories, like a day of rest or a slight bump in the county’s minimum wage. Despite working upwards of 50 hours per week, Diaz, 50, has long struggled to support his family back home in Honduras, while paying rent and keeping food on the table in one of the most expensive places to live in the country.

But now, as one of 12 founding members of the state’s first-ever farmworker union, Diaz and his fellow workers at Pindar Vineyards in Peconic, N.Y., are demanding better wages and a chance at paid sick leave, vacation time and overtime compensation from their employer. This effort comes after nearly two years working through the COVID-19 pandemic, and the belated rollout of a new state law guaranteeing overtime protections and collective bargaining rights for farmworkers for the first time.

“It’s like we’re finally overcoming what’s been happening for all of these years,” said Diaz. “We’ve never had an opportunity like this before.”

It’s a shift that’s decades in the making in one of the nation’s lowest-paid industries. In 2019, New York state established the Farm Laborers Fair Labor Practices Act with the aim of closing a loophole through which farmworkers have been exempt from federal labor rights, including the right to overtime pay and collective bargaining. But, by the next harvest season, the COVID-19 pandemic had swept through the country. Organizers put their outreach efforts on pause to focus on crisis control, while farmworkers — whose work has always been hazardous — remained on the front lines of food production.

Now, more than two years after the bill’s passage, New York’s farmworkers are finally ready to organize, even as their industry demands concessions.

While farm wages have gradually risen over the past 30 years, farmworkers earned an average wage in 2020 of just $14.62 per hour — a rate roughly 60% that of the average wage earned by comparable workers, according to the Economic Policy Institute.

“We want better wages because we have families, and we have expenses here too,” said Diaz. “We’re hoping to improve our salaries, get days off, vacations and sick time — that’s what we’re looking for.”

The farmworker wage gap can be traced to the legacy of slavery, and was codified at the behest of Southern members of Congress in the 1930s, when the federal government intentionally excluded farmworkers and domestic workers — then majority Black — from the bulk of labor protections afforded by the New Deal-era Federal Fair Labor Standards Act and the National Labor Relations Act. The majority of the country’s farmworkers are now immigrants from Mexico and Central America, around half of whom are undocumented.

Only a handful of states, including California and Washington, have granted farmworkers the right to overtime pay.

“The demographic that is doing that work has shifted, but the fundamental exclusion has not,” said Emma Kreyche, advocacy director for the Worker Justice Center of New York (WJCNY), which conducts outreach and political campaigns on behalf of agricultural and other low wage workers.

Advocates like Kreyche have long pushed for state-level solutions for the over 55,000 farmworkers employed in New York’s $5.75 billion agricultural industry. Only a handful of states, including California and Washington, have granted farmworkers the right to overtime pay or time and a half for hours worked over a certain threshold. In Oregon, advocates are currently petitioning to include farmworkers in overtime pay protections. And, though agriculture ranks amongst the nation’s most hazardous industries, only 13 states require that farms pay workers’ compensation coverage comparable to that in other industries for job-related injuries and illnesses.

The Farm Laborers Fair Labor Practices Act was signed in 2019, thanks in part to a slate of progressive state politicians elected the year prior. Before the passage of the bill, New York’s farmworkers did not possess collective bargaining rights and were not eligible for workers’ compensation or overtime compensation. Even now, farmworkers lack parity with the overtime protections guaranteed to other workers in the state. While the bill provides overtime compensation to farmworkers who work above 60 hours per week, the state is still debating whether to grant overtime for work performed over 40 hours per week, as is standard for other industries.

“We successfully remedied the exclusion of farmworkers from collective bargaining protections and overtime pay,” said Kreyche. “However, neither of those rights were achieved in full.”

This month, the Farm Laborers Wage Board, appointed under the New York State Department of Labor, is set to hold a series of hearings about lowering the threshold for overtime pay for farmworkers to 40 hours per week. The hearings were initially scheduled to take place in December but were pushed back — to the surprise of employers, advocates and at least one member of the three-member wage board itself, Denis Hughes, former president of the New York state AFL-CIO, who did not receive an explanation for the change. The delay came after intense pressure from the agricultural industry, which opposes lowering the threshold, though Hughes attributed the likely cause of the delay to state bureaucracy rather than industry lobbying efforts.

A December report found that two-thirds of dairy farm owners interviewed would move out of New York state, or exit the industry entirely, if the overtime threshold is lowered to 40 hours.

“They’re using the same argument that they’ve used for the past 40 years — if farmers treat their employees under the same statutes as any other worker in the state of New York, they’ll go out of business,” said Hughes, who has pushed for a 40-hour overtime threshold for farmworkers, implemented over a period of10 years.

Employers have argued that the shift would imperil the industry and force farms to cut workers’ hours — a threat that has led some agricultural workers themselves to oppose lowering the threshold. In December, a state-commissioned report from Cornell University found that two-thirds of dairy farm owners interviewed would move their work or investments out of New York state, or exit the industry entirely, if the threshold is lowered to 40 hours. Nearly half of New York’s agricultural industry is concentrated in dairy production. The industry’s often ineligible for participation in the H-2A visa program for temporary or seasonal jobs, so many dairy employees work excessive hours to make up for labor shortages.

But, according to Daniel Costa, director of immigration law and policy research at the Economic Policy Institute, such dire predictions have already been disproved in California, which began rolling out overtime pay equity for farmworkers in 2016. Despite industry predictions, the number of agricultural businesses in the state has actually increased during the state’s roll-out.

“There’s no smoking gun out there that overtime is going to destroy agriculture,” said Costa of the law in California, which is the nation’s top-producing agricultural state. “If it can work here, it can work anywhere,” he said.

‘When we organize, they listen to us’

It doesn’t help that many farmworkers live in hard-to-reach rural areas, and may be unaware of the rights to which they are entitled. While farmworkers have founded some of the most storied unions and labor movements in U.S. history, in 2020 less than 2% of farmworkers belonged to a union, and farmworkers still lack the right to unionize and collectively bargain in most states.

Many workers at Pindar Vineyard fell ill with COVID-19, but the company does not provide paid sick leave.

As a result, advocates for the Farm Laborers Fair Labor Practices Act attempted to pass a bill that would create as accessible a process as possible for farmworker unionization in New York state. But, nobody predicted that the bill’s rollout in January 2020 would coincide with the onset of the COVID-19 pandemic, which greatly disrupted efforts by organizations like the WCJNY, which did not resume outreach to farmworkers about the bill until June 2021.

At Pindar Vineyards, Diaz and his fellow employees became essential workers, forced to risk their health and safety to keep the wine flowing at over 500 acres of picturesque and tour-friendly property. During the pandemic, farmworkers experienced COVID-19 infection at rates up to four times higher than other groups according to a study conducted in California. Many workers at Pindar Vineyard fell ill with COVID-19, but the company does not provide paid sick leave. Those who did stay home — and their families in Central America — were forced to cut corners due to lost earnings.

“We hardly ever stop working,” said Diaz, who works for minimum wage six days a week, or roughly 53 hours per week. Since Diaz does not work over 60 hours per week, he does not currently qualify for overtime compensation, but he would benefit significantly if New York decreases its pay threshold.

Rodolfo Mendez, 55, has been working in the agricultural industry for six years, and has been employed by Pindar Vineyards since January 2021. During the pandemic, several organizers from Local 338 of the RWDSU/UFCW visited Pindar to pass out personal protective equipment and inform workers about their right to organize. Before the organizers arrived, Mendez had never heard of the new bill.

“We were in the dark before, but now we’ve learned from what they brought us,” said Mendez, who’s since become a leading figure in Pindar’s union, encouraging other members to overcome their fears around organizing and collective action. For Noemi Barrera, an organizer with Local 338 RWDSU/UFCW, who has been working closely with farmworkers at Pindar Vineyards, the initiative and openness shown by Mendez and other workers has been key to their success in organizing the state’s first farmworker union in September 2021.

Though the union at Pindar Vineyards remains in its early stages, efforts are already underway to unionize more of New York’s over 35,000 farms.

“It’s one thing for me to go there and teach them about it,” said Barrera. “But it’s another thing for them to take that information and finally lose that fear and demand respect.”

While the union, which now forms part of Local 338 RWDSU/UFCW, has yet to complete contract negotiations, Mendez and other members are hopeful about their prospects for better wages and improved conditions. Mendez has also been involved in efforts to lower the overtime pay threshold for farmworkers.

“We want to do whatever we can, because it’s necessary for ourselves and our families,” said Mendez, who uses his wages to support his family, who live in his native Guatemala. “When we organize, they listen to us more — and that’s how we move forward,” he said.

Though the union at Pindar Vineyards remains in its early stages, efforts are already underway to unionize more of New York’s over 35,000 farms. It’s an uphill battle: Many farmworkers remain unaware of the protections afforded to them under the new law, and they may live in hard-to-reach areas or company-sponsored housing. Still, organizers across the state have been ramping up the education campaigns they put on pause during the pandemic with the hope that the Pindar union’s success will inspire more widespread unionization and, ultimately, improved industry standards for wages and conditions across the state.

“The union bargaining process is really about leveling the power balance between workers and employers,” said Jessica Garcia, assistant to the president at RWDSU, who called the union at Pindar Vineyards “one of what we expect to be many” farmworker unions to form in the coming year — if workers can overcome their concerns about retaliation.

“You need to gradually let go of that fear,” said Diaz, who’s been encouraging other vineyard workers on Long Island to consider unionization: “We talk about how they can get together and achieve it — just like we did.”

Inside the Secretive World of Union Busting: Labor-Focused Academics Targeted for Their Research