Non-disclosure agreements ensure silence at the settlement stage of litigation, but mandatory arbitration agreements black out news of workplace disputes from the get-go.

More than a year after the settlement of a sexual harassment case against the Long Beach Renaissance Hotel, the alleged harasser, a banquet supervisor, is reportedly still employed at the 374-room downtown hotel — while the two women who brought the suit are gone, according to sources familiar with the hotel’s staffing.

It’s hard to know what caused the two women—a lobby attendant and a banquet server—to leave their jobs because they aren’t talking about it. Worker advocates believe a non-disclosure agreement is keeping them silent, and have set their sights on state legislation that would prevent employees who experience workplace harassment from having to keep quiet about their experience.

One of the two women who filed the lawsuit, Teresa Evangelista, stood mutely before a panel of lawmakers during the public comment period at a recent legislative hearing on sexual harassment held in Los Angeles. Her former co-worker, Guadalupe King, who still works as a banquet server at the hotel, appeared by her side and speculated as to the reason for her silence.

“I have to assume that there is a silence clause in the settlement agreement” [between Evangelista and the Renaissance], said King, 55, who has worked at the hotel for 19 years. King said she would like to see a ban on such clauses. 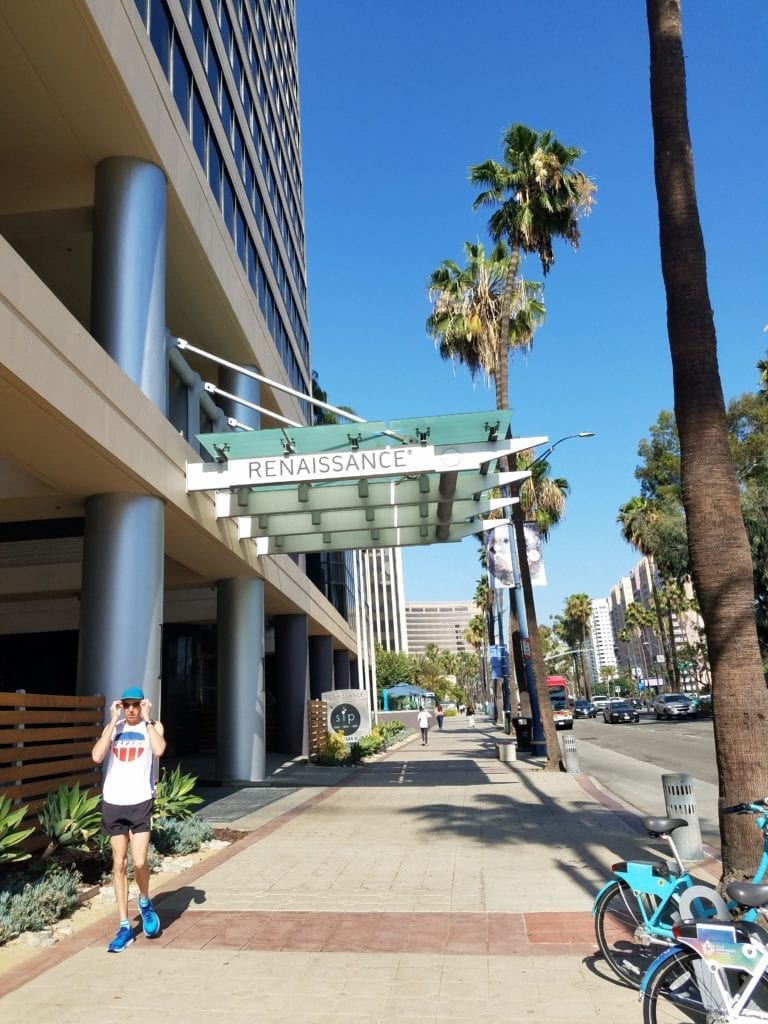 King is not alone. Non-disclosure agreements have become a target for #MeToo advocates, including former Fox News anchor Gretchen Carlson, who settled confidentially with the network’s parent company after accusing the cable news channel’s late chair and CEO, Roger Ailes, of sexual harassment.

While much of the media attention has been focused on the Weinsteins, Moonveses and others who allegedly preyed on professional women, low-wage service workers like Evangelista are especially vulnerable to harassment, say advocates. Many hospitality workers are immigrants and have limited English, and they often work in isolation cleaning hotel rooms. Indeed, almost 60 percent say they have experienced harassment by hotel guests, according to a 2016 survey of about 500 hotel and casino workers, conducted by UNITE-HERE Local 1, a large Chicago hospitality union.

Michael Morrison, Evangelista’s attorney, would not confirm whether his client had signed a non-disclosure agreement. But he said he supports a bill, sponsored by California state Senator Connie Leyva (D-Chino), which would ban non-disclosure agreements that prevent harassment victims from talking about the facts of their case. Senate Bill 820, which passed through the State Assembly’s judiciary committee in early July, would apply to cases of sexual assault, sex discrimination and sexual harassment. The bill requires approval by the full Assembly and Senate, along with the governor’s signature, according to an aide to Leyva.

Jeffrey W. Cowan, a Los Angeles attorney who represents plaintiffs in sexual harassment cases, calls non-disclosure agreements that gag harassment victims “a blight on the legal system” that often interferes with his ability to gather evidence for cases.

Such a bill “will go a long way toward ensuring that trials and discrimination claims are an effective search for truth, and that there is accountability for victims of unlawful discrimination in the workplace,” he said. The law would allow settlement amounts to remain confidential.

The California Chamber of Commerce sees the law differently. Removing confidentiality provisions from settlement agreements will “expose employers to a public presumption of guilt” regardless of the merits of a particular case, according to a letter the Chamber and nine other employer organizations sent to the Assembly judiciary committee on June 26. “SB 820 will drive employers to fight these cases in court instead of resulting in an early resolution.” The League of California Cities also signed the letter opposing the law, which would cover public employers, as well as private ones.

While non-disclosure agreements ensure silence at the settlement stage, mandatory arbitration agreements guarantee confidentiality about workplace disputes from the get-go, and are consequently even more problematic, according to Morrison.

“In terms of sexual harassment, nothing has been more devastating to getting information out about harassers than arbitration clauses,” Morrison said. (Another measure under consideration by the California legislature, Assembly Bill 3080, would prohibit employers altogether from requiring workers to sign agreements that force employment disputes into private arbitration proceedings.)

Neither Evangelista, nor her co-plaintiff in the case, Luz Cuevas, signed arbitration agreements and, for that reason, the details of their complaint against the hotel are in the public court documents; some were reported on in the Long Beach Post when the suit was filed two years ago.

In that complaint, Evangelista alleges banquet supervisor David Flores pestered her for dates and subjected her to such demeaning remarks as, “When are we going to go out so I can remove those ‘cobwebs’ that your husband doesn’t remove for you?” She found her sweater on the floor of the men’s restroom covered with semen and was met with laughter and told to forget about it when she told a supervisor, according to the lawsuit.

The case was settled last march and the allegations against Flores and the hotel were never tried in court. The attorneys for the Renaissance, and for Flores, were both reached for this story but declined to comment on behalf of their clients. Flores could not be reached for comment.

Evangelista, a former lobby attendant, also reported being assaulted in 2012, by a hotel engineer who lured her into a remote storage room “by pretending that he needed help retrieving furniture,” according to the complaint. After she reported the incident to a human resources representative, she was told to stay away from her alleged assailant, according to the complaint.

Co-plaintiff Luz Cuevas – also known as Maria Ruiz – accuses Flores in the lawsuit of having repeatedly pressured her for sex. Cuevas reported Flores’ actions to human resources but, according to the complaint filed with the court, no action was taken against him.

Both women obtained temporary restraining orders against Flores several months prior to filing the 2016 lawsuit in court. “The fact that our legal action may embarrass him and may end up costing him his job could bring him to rage. I fear for my personal safety,” Cuevas stated in a request for a restraining order that was filed with the Los Angeles Superior Court in 2016.

Last week, after working a brunch at the hotel and still in her black uniform, Guadalupe King sat down in a union hall to talk about why she decided to speak about the settled lawsuit at the Renaissance, which is the target of a union organizing drive by UNITE HERE. (Disclosure: The union local is a financial supporter of this website.) She said she was upset that her former co-workers had left the hotel while the alleged harasser—who sometimes acts as her supervisor—remains.

She also wanted to see policy changes that would affect hotel workers more broadly. King compared the imposition of non-disclosure agreements on sexual harassment victims to a parent’s silencing of a child with a piece of candy after she has been sexually assaulted by a family member. “Everybody should be free to speak about their experience,” she said.

Hearing Shines a Light on Sexual Harassment in the Service Industry