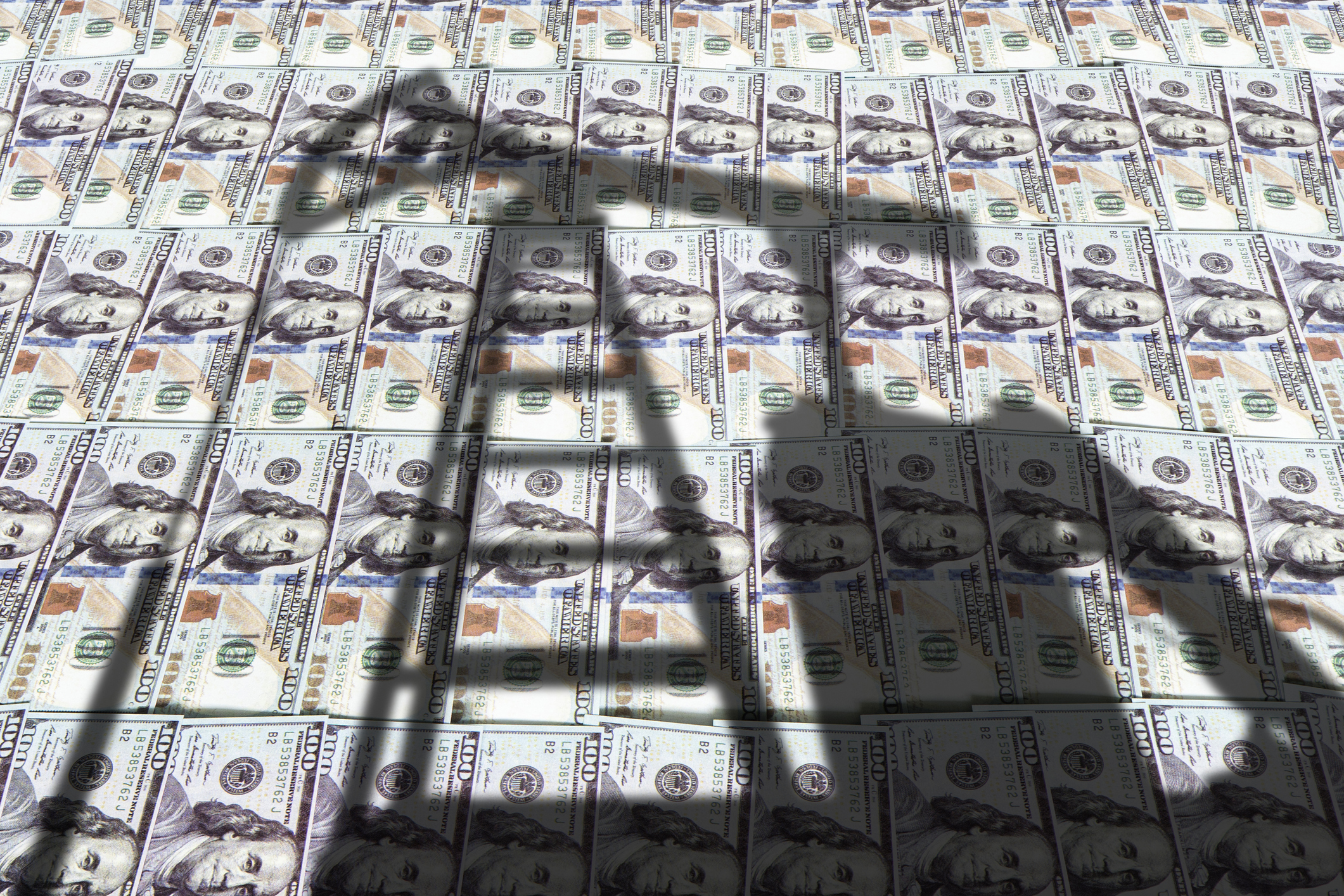 New Mexico’s Republicans and advocates for oil and gas producers often accuse the state’s ruling Democrats of trying to kill the local fossil fuel industry, but industry donations and agency funding outcomes tell a different story. Democrats hold a lock on all statewide offices and both chambers of the Legislature heading into the midterm elections, and according to data from the Secretary of State’s Office, many of New Mexico’s most powerful Democrats bring in more oil and gas contributions than their Republican counterparts. Often a lot more. And that could be influencing policy in favor of fossil fuel production.

This tension plays out in the Legislative Finance Committee (LFC) where, so far in this election cycle, the two Democratic leaders — Rep. Patty Lundstrom and Sen. George Muñoz — received more in oil and gas campaign contributions than any of the Republicans on the committee. In fact, Lundstrom received more of those contributions than all six Republicans on the committee added together.

“While in theory no single committee can fully pass or kill legislation, the LFC has both real and perceived power that creates a disturbing bottleneck for democracy in New Mexico because of their particular ‘power of the purse,’ ” says Lucas Herndon, energy and policy director at ProgressNow New Mexico.

Eight senators and eight representatives chosen from each chamber comprise the LFC. New Mexico is one of a few states where the executive and legislative branches create competing budget proposals that are debated, horse-traded and reconciled during the annual legislative session. LFC’s primary job is to create that budget recommendation for the Legislature, a job that makes it, arguably, the most powerful committee in state government.

Between sessions, the heads of all state agencies — including the chiefs of New Mexico’s two oil and gas regulatory agencies — stand before the LFC and defend their proposed budgets for the coming year. And at the legislative session starting in January, once again, everyone will debate how to spend another record-breaking budget fueled by oil and gas revenues.

But when it comes to the New Mexico Environment Department (NMED) and the Oil Conservation Division (OCD), their funding results ripple through the state’s petroleum industry and affect the state’s response to the climate emergency. This year brought historic drought, record-breaking fires and remarkable rains to New Mexico, all supercharged by the warming climate. And the fossil fuel industry here contributes more than half of the state’s total greenhouse gas emissions, fueling that change.

“The lack of sufficient funding means the Environment Department cannot offer the same level of service to communities across the state.”

In the last two years, funding for the NMED and OCD hasn’t kept pace with an increased workload generated by dramatically increased oilfield production and new state environmental regulations. While the Governor’s Office has proposed increased budgets to meet those demands, the Legislature, led by the LFC, passed much smaller budgets for the two agencies, leading to reduced enforcement of oil and gas pollution regulations across the state.

“[NMED] Secretary [James] Kenney has stated in multiple budget presentations before legislature committees — the lack of sufficient funding means the Environment Department cannot offer the same level of service to communities across the state,” says Matt Maez, director of communications at NMED. “Further, the lack of adequate funding means NMED staff are overworked and underpaid, which is reflected in our vacancy rate.”

He says that the department spent years creating an ozone rule to reduce air pollution — particularly in oil and gas producing areas — and did so with industry input. “It is now the Legislature’s turn to deliver by fully funding the Environment Department,” Maez says. A spokesperson for OCD wouldn’t comment on how LFC funds that department.

LFC Chair Lundstrom, of Gallup, is running unopposed this year for her district that covers parts of McKinley and San Juan Counties. Still, state campaign records from late October show she had so far received more than $340,000 for the 2022 election (including both primary and general elections), $66,400 of that from oil and gas interests. Of the top-10 fundraisers still in state races, Lundstrom places fourth for total fossil fuel contributions, topped only by Republican gubernatorial candidate Mark Ronchetti with more than $750,000, Republican candidate for attorney general Jeremy Gay with $93,300 and incumbent Democrat Michelle Lujan Grisham with nearly $160,000.

LFC Vice Chair Muñoz, also of Gallup, isn’t even running this year (he’s up for reelection in 2024) but nevertheless received more than $143,000 in campaign contributions. Of that, $21,700 comes from oil and gas companies and groups. In the past, Muñoz has said that contributions from fossil fuel groups don’t affect his work in the Legislature, because he would likely vote for those interests anyway — they provide jobs in his district.

And that highlights another shared interest between Muñoz and Lundstrom: Their districts overlap and run along the western edge of the San Juan Basin, a major natural gas and oil production area in the northwest corner of New Mexico.

It’s an open discussion among legislators that New Mexico’s all-volunteer, part-time Legislature limits participation to those who can afford to take the time off of work to do the state’s business. That squeeze also limits how much time nonretired legislators have for campaigning and fundraising.

“That Legislature should be more accessible in terms of when and how often they meet officially to legislate laws, [and] they should be paid at least a living wage to encourage more working families to consider representing their communities,” says Herndon.

Meanwhile, patronage from the upper echelon of state government aids legislators with competitive races. Contribution records show that political leaders, from the governor to committee heads, rake in tons of campaign cash, then turn part of that around to fund down-ballot campaigns. That money can also punish legislators who tick off their higher-ups.

Earlier this year, the Albuquerque Journal reported that Lundstrom donated to the primary campaigns of people challenging incumbent Democrats who voted against her hydrogen hub legislation in the last legislative session. It wasn’t much — $1,000 per candidate — but Lundstrom was clear that she was displeased with their votes. The hydrogen proposal offered a regulatory path and tax incentives to create a hydrogen production industry in her district. Further, that hydrogen would have been made from natural gas produced in her district. In total, four hydrogen bills attempting the same thing were shot down during the session.

Lundstrom donated much more to representatives already on the LFC. Four of five House Democrats on the committee received from $1,000 to $5,200, including Harry Garcia, who got $3,000, though he is running unopposed. Nathan Small, another Democratic committee member and a favorite environmental leader in the Roundhouse, received $1,000 from Lundstrom to help his contested race in Las Cruces. He also received $16,100 directly from oil and gas companies. Rep. Candie Sweetser also has a competitive race and got $5,200 from Lundstrom as well as $20,050 from the industry. Christine Chandler of Los Alamos received nothing from Lundstrom. “Frankly, I wasn’t expecting a contribution from her,” Chandler says, because she is running unopposed and joined the LFC only in May. Also, she is the only person on the LFC who has received no obvious oil or gas contributions.

“Corporations don’t donate to politicians out of their sense of civic duty.”

Legislators aren’t required to accept donations from groups they don’t like. In 2020, Dayan Hochman-Vigil, another Democratic member of LFC, took the No Fossil Fuel Money Pledge, rejecting campaign contributions from all manner of fossil fuel related businesses and interest groups. She was the only LFC member to do so. However, this year Hochman-Vigil has a competitive reelection campaign and state donation reports show that since 2021 she has received $20,350 from oil and gas companies. She also received $2,000 from Lundstrom.

Neither Lundstrom nor Hochman-Vigil responded to calls and emails asking for comment on this story.

Earlier this year, New Mexico Ethics Watch reported that Lundstrom was the guest of honor of a “meet and greet” hosted by Chevron at its Houston office. The company also donated $10,400 — the legal limit — to her 2022 campaign.

Kathleen Sabo, director of New Mexico Ethics Watch, says, “The best course for public officials is to pick the highest road … which is to avoid even the appearance of impropriety.

“When you’re getting 20% of your total campaign contributions from one industry,” she says, “when you’re getting fêted by Chevron at their Houston headquarters, when things don’t seem to get funded that would regulate the oil and gas industry, then that standard is not being met.”

Reporting note  — Contribution records were downloaded the evening of Nov. 2 from the secretary of state’s website. Donors tracked include oil and gas production companies, service companies, oil and gas investment and land companies and current and former executives and other employees who reported working at these companies: