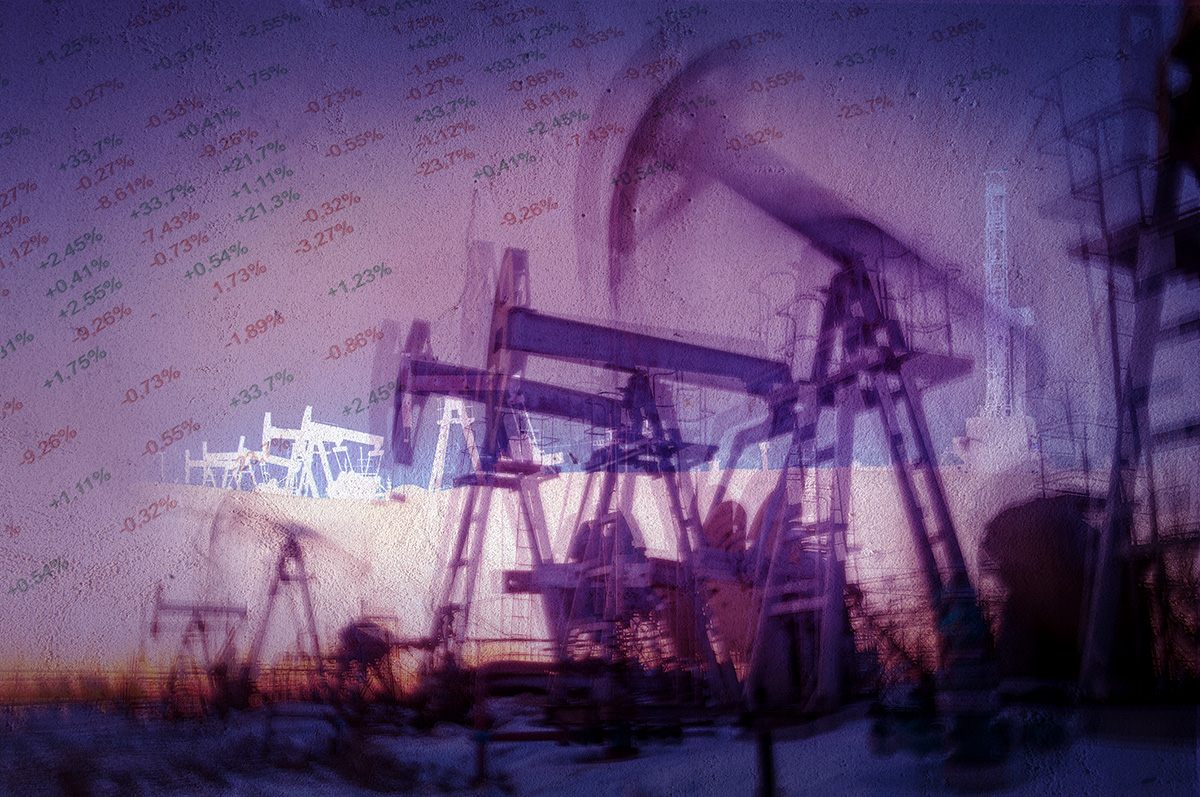 Oil and gas revenues added more than $1.7 billion to New Mexico coffers in the first four months of the year — more than in any other four-month period in state history.

Records compiled by the New Mexico Tax and Revenue Department show that year-on-year, revenues from January through April more than doubled from $782 million in 2021 — itself a record year. (Records lag by two months to allow producers time to report their production numbers.) This money gusher comes from increasing production in New Mexico’s portion of the Permian Basin — currently the most productive oilfield on the planet — and skyrocketing oil and gas prices brought on by the Russian invasion of Ukraine.

Mountains of money are generally a good thing for anyone, but the unplanned windfall does come with complications. The first is the kind of money brought in by oil and gas production. Roughly speaking, state government views revenues in two ways: as one-time or recurring income. Recurring money remains fairly steady year after year. For example, people will generally remain employed and use their earnings to buy things, making income and sales taxes a reliable source of steady, recurring revenue for the state.

New Mexico was the first state to return to — and then exceed — pre-pandemic oil production levels earlier this year after they cratered in early 2020.

However, record-breaking fossil fuel revenue is treated as one-time money: It can’t be counted on to repeat, so it can’t be used to create new programs, add permanent jobs or increase pay for state employees across the board. One-time money can build police stations and water treatment plants and schools, but it can’t pay the people to fill them. And that makes budgeting difficult. “When you have that one-time money surpassing recurring money, it becomes a little topsy-turvy,” Muñoz says. And he says that his committee’s economists are predicting that that is exactly what is about to happen.

The second problem stems from the first: This is oil money, and oil money has a roller-coaster history and a murky, finite future.

“I have ridden the roller coaster,” Muñoz says. “I came in in [2009] where we had to cut a billion dollars out of the budget” because fossil fuel production had tanked during the Great Recession. It’s not something he wants to do again.

Kelly O’Donnell, a New Mexico economist who keeps tabs on the oil and gas industry, agrees that this isn’t the state’s first boom year — but that history rarely serves as a guide. “New Mexico has had a tendency towards selective amnesia about these things,” she says. “We are always surprised when the bad times show up.” Yet they always do.

“To progress economically, over time, we are going to have to get out of this boom-bust resource cycle,” she says. “When it goes down next time, it may not come back up, and we have to be prepared for that reality.”

New Mexico sits atop half of the Delaware Basin, the most lucrative portion of the greater Permian Basin, and the state’s fossil fuel production continues to grow. New Mexico was the first state to return to — and then exceed — pre-pandemic oil production levels earlier this year after they cratered in early 2020 as the planet closed down in the face of COVID-19. Nationally, only Texas and the offshore fields in the Gulf of Mexico produce more oil.

The Tax and Revenue Department’s figures do not account for all oil and gas revenues collected by the state — they don’t include revenue from federal mineral leases, for example — but they do reflect how much is coming in. The total is calculated during the state’s fiscal year, which runs from July 1 to June 30 of the following year.

And while oil and gas revenues tallied by Tax and Revenue for the full 2022 fiscal year won’t be known for another two months due to the reporting lag, they are already nearly double all of last year’s take: $3.6 billion this year compared to nearly $2 billion last fiscal year.

A large chunk of the oil and gas tax bonanza will go to long-term economic and social investment, primarily the Early Childhood Trust Fund. Set up in 2020, the fund invests in the health and education of the state’s toddlers, with an eye on their — and the state’s — future development. “If we invest in our people, if we have the workforce ready to attract employers, if we have the schools ready to attract employers … over the long term that will improve our situation,” says State Rep. Matthew McQueen (D-Galisteo), chair of the House Energy, Environment and Natural Resources committee.

“We have to start planning in a more concrete fashion for a future where oil and gas has a less prominent role in the economy.”

McQueen also argues that the windfall should be used to cap abandoned oil and gas wells. “We should do that while the money is flowing,” he says. “When it’s not flowing, the state can get left holding the bag.” And he says that “maybe even a higher priority” is hiring more oil and gas field inspectors at the Oil Conservation Division and Environment Department to find leaks and prosecute offenders. “The reason you cap abandoned wells is because of the methane leaks, right? They’re tied together,” he says. But hiring inspectors for more than a year requires long-term funding, not a one-time windfall.

“Funding additional oversight programs and positions is unfortunately not ultimately up to the executive,” says Nora Meyers Sackett, press secretary to Gov. Michelle Lujan Grisham. “Last year the administration proposed funding for additional regulatory staff at both [the Oil Conservation Division and Environment Department] that were not funded by the Legislature, which does affect the state’s ability to monitor and enforce pollution regulations.”

Sen. Muñoz says he’s eyeing funding increases for capital projects that were approved last year. “All those projects are underfunded,” he says, because of recent sharp inflation — which is also driven by increasing energy prices. One-time money could cover those increases.

But his ongoing concern is paying state employees a wage that can compete with private-sector jobs. “We’re going to have to raise those payments in order to recruit engineers, lawyers, those degreed staff to get them back to state work,” he says. But once again, that would require recurring money, not one-time oil and gas payouts.

“It’s like you only get one apple off the tree,” Muñoz says. And everyone will try to get a bite during New Mexico’s notoriously short legislative session. Last year’s session was 30 days. And though the upcoming session will be twice as long, it still may not be enough time to thoughtfully deal with the complications of this sudden cash infusion. “The bigger the budget gets,” he says, “the harder it becomes to manage.”

“I think that the resource curse really explains a lot of New Mexico’s difficulties,” O’Donnell says. Before going into the private sector and becoming a research professor of economics at the University of New Mexico, she held a number of leadership roles under former Gov. Bill Richardson, including director of state tax policy, deputy cabinet secretary for economic development and superintendent of the New Mexico Regulation and Licensing Department.

The resource curse theory explains why developing countries often underperform when their revenues are based on extractive resources — usually fossil fuels. The developing economy relies heavily on the one money stream, both because it is lucrative and because of fears of upsetting the apple cart. Thus, it locks itself into an economic cycle tied to natural resources.

“A productive industry can and should also be a responsible one.”

“We have to start planning in a more concrete fashion for a future where oil and gas has a less prominent role in the economy,” she says. “That seems inevitable.” Inevitable because world economies are turning ever more quickly away from fossil fuels to renewables as the effects of climate change become ever more obvious and dire.

“It’s becoming increasingly clear to New Mexicans, in the wake of the most recent fires, that climate change is here, and that it has the potential to destroy the state and, really, to destroy the economy,” O’Donnell says. “Putting all of our eggs in the oil and gas basket, to mix a metaphor terribly, becomes increasingly problematic.”

“A productive industry can and should also be a responsible one,” says Meyers Sackett at the governor’s office. “We remain committed to holding those who do not comply with our methane and ozone rules accountable. There is no situation where we will accept anything less than compliance, but there is every opportunity for the industry to exceed our requirements.”

He says that oil and gas is not a sustainable method for funding the state government. “It never has been and it never will be … It always goes back down.”