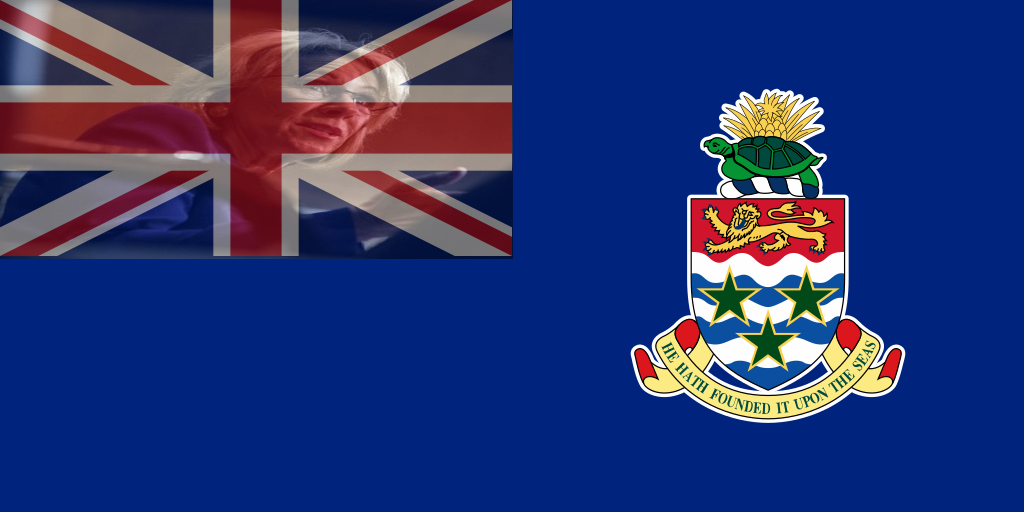 Why would an American billionaire’s floating mansion moored at a northern Ohio dock be registered in an exotic Caribbean archipelago?

When someone untied a yacht owned by U.S. Secretary of Education Betsy DeVos’s family, Fox News portrayed the episode as an illustration of uncouth anti-Trump sentiment. The yacht’s foreign flag, though, was an illustration of how an allegedly “America First” administration is chock-full of moguls who have eagerly stashed their wealth offshore — as long as doing so means avoiding taxes, regulations, transparency requirements and domestic employment laws.

Now there’s Betsy DeVos, one of the heirs of Amway’s multi-level marketing empire. When her family’s 164-foot yacht was untied from a Huron, Ohio dock, it was flying a flag of the Cayman Islands, where VesselTracker says the yacht is registered. According to federal records, the yacht is owned by RDV International Marine, which is an affiliate of the company that controls the DeVos family’s fortune.

A “flag of convenience” allows American yacht owners to effectively characterize themselves as foreigners for tax purposes.

Betsy DeVos did not respond to Capital & Main’s questions about her family’s Cayman-registered yacht — and the larger question about foreign yachts was never deeply explored during the 2012 kerfuffle over the foreign flags on Mitt Romney’s boat. Interviews with maritime attorneys suggest it is a scheme that allows wealthy Americans to feign foreign status — and glean the lucrative benefits offered by offshore tax havens.

When buying a vessel or cruising in U.S. waters, American yacht owners like the DeVoses could face state sales or use taxes. However, registering a yacht in a locale like the Caymans — under what has come to be known as a “flag of convenience” — allows those American yacht owners to effectively characterize themselves as foreigners for tax purposes, thereby avoiding the obligation of paying the standard sales and use levies, while enjoying police and Coast Guard services during times their vessels are untied.

“If you want to come in and use the waters of a given state of the United States, the question is, how can you insulate yourself from getting hit for the use tax?” maritime attorney Michael T. Moore told Capital & Main. “The answer is close and register offshore. If you close and register offshore, you aren’t subject to either a sales or a use tax. You are simply visiting the United States, and you are visiting under a privilege that is granted to certain countries in the world under what is called a cruising permit. Those countries grant the privilege to U.S. flagged vessels, and the United States offers that reciprocal right to vessels flagged by those countries. In practice, it means the permit allows you to go from port to port in different states without having to officially make entry and pay taxes to the states of the ports you visit.”

Other incentives for yacht owners to register offshore include lower labor costs and the potential to avoid stricter inspection and safety standards required for U.S.-registered vessels.

DeVos’s yacht, the SeaQuest, is reportedly one of 10 in the family’s fleet and worth $40 million. If the vessel were registered in, say, Grand Rapids, Michigan — the state where RDV is located and that has in the past made an effort to compel yacht owners to pay use taxes — the SeaQuest would likely be subject to Michigan’s six percent use tax. That would require the DeVos empire to cough up about $2.4 million — public revenues that help finance the kind of police services that the DeVos yacht crew called when the boat was untied. And yet with the Cayman flag fluttering on its deck, the family can avoid the levy even as it cruises the Great Lakes.

Another incentive for yacht owners to register offshore is the potential to avoid stricter inspection and safety standards required for U.S.-registered vessels of a certain size.

“If someone is buying a boat that is above 300 gross tons but below 500 gross tons, getting registered offshore means they can avoid being subject to U.S. Coast Guard inspection and certification requirements as either a ‘seagoing motor vessel’ or a ‘passenger vessel,’” said maritime attorney Mark J. Buhler. “The most commonly used offshore yacht registries have comprehensive large yacht safety codes that were specifically developed for large yachts, whereas the U.S. Coast Guard regulations and inspection requirements applicable to ‘seagoing motor vessels’ or ‘passenger vessels’ were created many years ago, principally for vessels engaged in trade, and not really having large yachts in mind. Those requirements do not translate well to yachts, and most yachts are simply not designed or built to those particular standards.”

The DeVos yacht is 492 gross tons, according to MarineTraffic.

In a 2009 presentation to the American Bar Association, Buhler said that yacht owners who register their vessels offshore may also be seeking “a level of anonymity not available in the U.S.” — a reference to how offshore jurisdictions like the Caymans require less transparency in their corporate disclosures. Buhler noted that “some tax-free countries do not require any financial reporting” and added that such owners may also be aiming “to avoid liability for certain U.S. legal obligations to crew members.”

“The reason otherwise red-blooded American yachts fly non-American flags has little to do with political sentiment, and a whole lot to do with tax and employment laws,” wrote Kevin Koenig, a former Goldman Sachs analyst, in a 2011 issue of Power & Motoryacht magazine. “From a tax perspective, the U.S. government views an American working as a deckhand on a U.S.-flagged megayacht cruising off of St. Tropez no differently than it views an insurance salesman plying his trade in Topeka—that is to say, a yacht flying the American flag is, essentially, U.S. soil no matter where she is located.”

Koenig added: “The financial consequences of this view can be major for owners who choose to register in America because they are constrained to account for U.S. taxes when paying the crewmember. With Social Security and unemployment taxes what they are, this often means paying an American crewmember twice as much as say, an equally qualified Australian who is exempt from U.S. taxes but who the owner could only hire were his boat registered in a more lenient, foreign-flag state.”

That sentiment was echoed by Miami maritime lawyer David Neblett.

“If you have a U.S. flag vessel, you fall under U.S. law in crewing it,” Neblett told Grand Cayman Magazine in 2015. “You have to have workers’ compensation insurance for each of them. There’s a big savings to hiring your crew outside the U.S…Tax benefits, privacy, liability, crewing requirements, all these are good reasons for our high-net-worth clients to register offshore.”

The Cayman Islands in particular is well positioned to exploit these loopholes. A 2008 Government Accountability Office report found that wealthy Americans “can minimize their U.S. tax obligations by using Cayman Islands entities to defer U.S. taxes on foreign income,” and also warned that some conduct “financial activity in the Cayman Islands in an attempt to avoid discovery and prosecution of illegal activity by the United States.”

Boosters of the Caymans have boasted that such qualities could extend to yacht owners. As Grand Cayman Magazine explained: “Being a place where wealthy foreign yacht owners register their sea-going palaces offers many of the same economic advantages to the Cayman Islands as the presence of offshore banking facilities do.”

Not surprisingly, the International Consortium of Investigative Journalists last year found, the law firm at the center of the Paradise Papers scandal “has a big business in registering yachts, particularly in the Cayman Islands, where it has set up offshore companies that claim ownership of dozens of yachts and ships.”

A case in Europe spotlighted how places like the Caymans can be used to avoid taxes: In 2012, Italian authorities charged a Formula One racing mogul for allegedly using a Cayman-based shell company and yacht as a vehicle to avoid paying required taxes.

While there hasn’t been any move in Congress to try to crack down on offshore yacht tax schemes, states have been racing to throw more money at yacht owners: In recent years New York, New Jersey and Florida have been competing to slash taxes on yacht purchases, and to incentivize purchasers to register their yachts in-state.

Proponents theorize that the benefits will ultimately trickle down to workers in the boat manufacturing industry — but considering the tax shenanigans surrounding yachts, that’s no sure thing. The only ironclad guarantee is that the big winners in a race to cut taxes will be magnates like the DeVoses, who have the financial wherewithal to buy the luxury vessels in the first place.