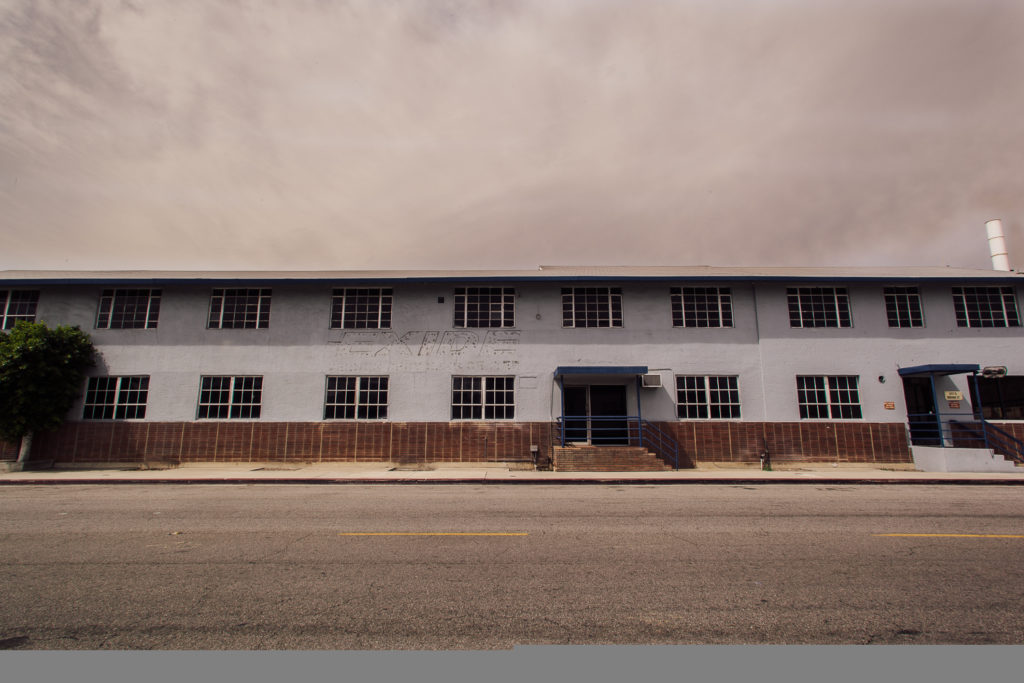 Sued last year by the state for its role as an owner and operator during the 1970s of a notoriously dirty lead-acid battery recycling facility in Vernon, east of Los Angeles, NL Industries has filed a counterclaim arguing that property owners and other parties, including businesses, are to blame for area lead levels that have triggered one of the largest toxic cleanups in the state’s history.

The plant in question was purchased by Exide Technologies in 2000 and operated by the company until 2015, when the federal government swooped in to shut it down after years of serious compliance problems. The former Exide plant operated for nearly a century under various owners, during which time it spewed thousands of pounds of lead, mercury, arsenic and other pollutants into the surrounding community.

The state’s lawsuit against NL Industries, and several other companies connected with operations at the facility, illustrates California’s attempt to recover cleanup costs after Exide Technologies last year successfully filed for bankruptcy, leaving taxpayers potentially on the hook for hundreds of millions of dollars. NL Industries’ counterclaim targets five companies with facilities nearby including ExxonMobil, nine local cities and government agencies that own land in the area and nearly 50 limited liability company (LLC) property owners. According to the Department of Toxic Substance Control (DTSC), this encompasses approximately 89 properties.

The largely low income Latino neighborhoods around Exide are some of the most polluted in the state. Legal experts fear that some of those LLC property owners may be small “mom and pop” outfits that lack the resources to stage an adequate legal defense. Local residents and community advocates also warn the suit could frighten private homeowners with contaminated properties from getting them cleaned up.

“People are already leery,” says Terry Cano, 49, who has lived in the area all her life, and warns that government distrust is rife within the community. Lead levels at Cano’s property are potentially high enough to warrant cleanup at some point. But she says the lawsuit would give her pause if the process were scheduled to begin imminently.

“I would want my attorney to look it over to see what I’m getting into, and even then,” says Cano, who has long battled an array of health issues including liver disease, a degenerative spinal condition and hypertension. She suspects these problems have been caused or made worse by the contamination in the area.

Officials have long stated that pollution stemming from the former Exide plant is believed to have impacted more than 10,000 properties. Lead is a neurotoxin with no safe level of human exposure, and is particularly potent to young children and babies in the womb.

Various officials have repeatedly promised that guilty parties, Exide in particular, would be held financially responsible for the cost of removing the lead contamination in the 1.7 mile pollution zone around the plant. Last year, however, Exide successfully filed for bankruptcy having contributed only a fraction of the estimated $650 million price tag for the residential cleanup. The company also quit the demolition of its factory site only partially paid. Gov. Newsom recently added a further $322.4 million of taxpayer monies towards the cleanup.

In its counterclaim, NL Industries contends that the various defendants are each responsible for the soil lead contamination in different ways. Its core argument concerns what constitutes “background” lead levels. The DTSC has indicated it will clean up properties contaminated above a soil lead target of 80 parts per million (ppm). By the DTSC’s own “testing and analysis,” however, the background levels of lead in the area are several times higher than that target cleanup goal, “even if the former Exide property had never existed, and activities at the former Exide property had never happened,” according to the court filing.

Exide successfully filed for bankruptcy in 2020 having contributed only a fraction of the estimated $650 million price tag for the cleanup of lead-contaminated properties.

Sean Hecht, co-executive director of the UCLA School of Law’s Emmett Institute on Climate Change and the Environment, and a former deputy attorney general for the California Department of Justice, says a counterclaim in such a scenario is fairly standard. “In a sense, that’s what the law is designed to do,” he says. What is unusual, Hecht adds, is that the suit involves property owners. “It does look [like] a rather aggressive third-party complaint,” he says of the counterclaim, which pins the aggregate value of the “corporate-owned residential investment property at issue” at more than $120 million.

Individual property prices vary drastically, according to the court filing. On a new DTSC webpage providing details solely on this suit, the agency points out that any cash strapped property owner can seek legal advice from the Legal Aid Foundation of Los Angeles and the Neighborhood Legal Services of Los Angeles County.

“We think it is very important that people get representation as soon as they can, particularly because deadlines to act in response are short, and so they understand the issue and are prepared to take whatever actions are necessary to protect themselves,” wrote a DTSC spokesperson in an email response to questions.

The suit carries other potentially serious implications. Before the DTSC dispatches contractors to remove contaminated dirt from a property, the owners must sign an agreement. When it comes to rental properties, however, tenants are often voiceless in the process, says Jennifer Ganata, senior staff attorney for Communities for a Better Environment, a Huntington Park-based environmental nonprofit. According to the DTSC, approximately 30 properties listed in the counterclaim have already been cleaned up, but 58 remain untouched. And if the suit dissuades owners of those apartment buildings where contamination remains from now agreeing to a cleanup, the tenants ultimately suffer, she says.

“This has been an issue since the beginning,” Ganata says. “It gets to the question, how do we value tenants? They’re paying their rent. They’re the ones who are living there. Some of these property owners don’t even live there.”

The DTSC has overseen the cleanup thus far of 2,870 properties, with thousands still to be remediated. According to the DTSC, however, there are nearly 1,500 properties yet to be sampled because the owners haven’t granted access, with many reluctant to participate. Even though the suit doesn’t include private property owners, advocates and residents fear that the legal action might have a chilling effect on a community already jaded by the DTSC’s mishandling of the cleanup and the state’s legal fumbling of efforts to secure cleanup costs.

The Department of Toxic Substance Control has overseen the cleanup thus far of 2,870 properties near the former Exide facility, with thousands still to be remediated.

Indeed, David Perez, 69, says his distrust of the government means he even has his doubts that contractors will properly clean his Maywood home, which has elevated soil lead levels. Perez’s daughter, 40, suffers from severe cerebral palsy and requires constant care. Perez wonders how much of his daughter’s condition was a product of the area’s environmental contamination. “The damage is already done,” he says.

Another target of the counterclaim is the Housing Authority of the City of Los Angeles (HACLA), which operates the Estrada Courts low income housing project. Last year, Capital & Main reported how bureaucratic inertia meant that the vast majority of Estrada Courts had yet to be even tested, years after thousands of private properties had been both tested and fully remediated. This delay had potentially put hundreds of vulnerable children at prolonged risk of lead exposure.

Cleanup at Estrada Courts is expected to finally start next month, wrote Eric Brown, HACLA’s director of intergovernmental and media relations, in an email. Asked whether the lawsuit might affect the speed and efficiency of that cleanup, Brown wrote, “This will not impact the cleanup efforts themselves, which are being conducted by DTSC, not NL Industries.”

Capital & Main repeatedly emailed the attorneys representing NL Industries on the counterclaim for comment but received no response.

Legal experts say the aggressive nature of NL Industries’ counterclaim suggests it was done, at least in part, to sow chaos and confusion into an already messy affair. During a recent online Exide cleanup community meeting, Grant Cope, deputy director of the DTSC’s Site Mitigation and Restoration Program, described the lawsuit as “despicable.”

Some legal and policy experts say that it is time for the federal government to assume control over legal cost recovery efforts. They argue that the state is compromised because it failed to properly regulate the Exide plant for decades — and that it was the U.S. Attorney’s office that finally stepped in to close the Exide plant down, rather than the state.

“The only hope for that community is that the U.S. EPA steps in to say, ‘This has been terribly bungled and we are taking over,’” says Angelo Bellomo, former deputy director of the L.A. County Department of Public Health.

In response, a DTSC spokesperson wrote, “It is important to emphasize that litigation is best conducted by DTSC to recover state taxpayer dollars that the legislature made available and that have been spent on the residential cleanup.”

More certain, says UCLA Law School’s Hecht, is that legal “wrangling” around the counterclaim will likely take years to untangle. “This is a potentially long and complex process,” he warns.

For Cano, the lawsuit is just one more worry in what she describes as an exhausting nightmare. It shows that NL Industries and other polluters in the area  “don’t care as long as they don’t lose their profit,” Cano says. Meanwhile, she adds, “we lose our lives.”