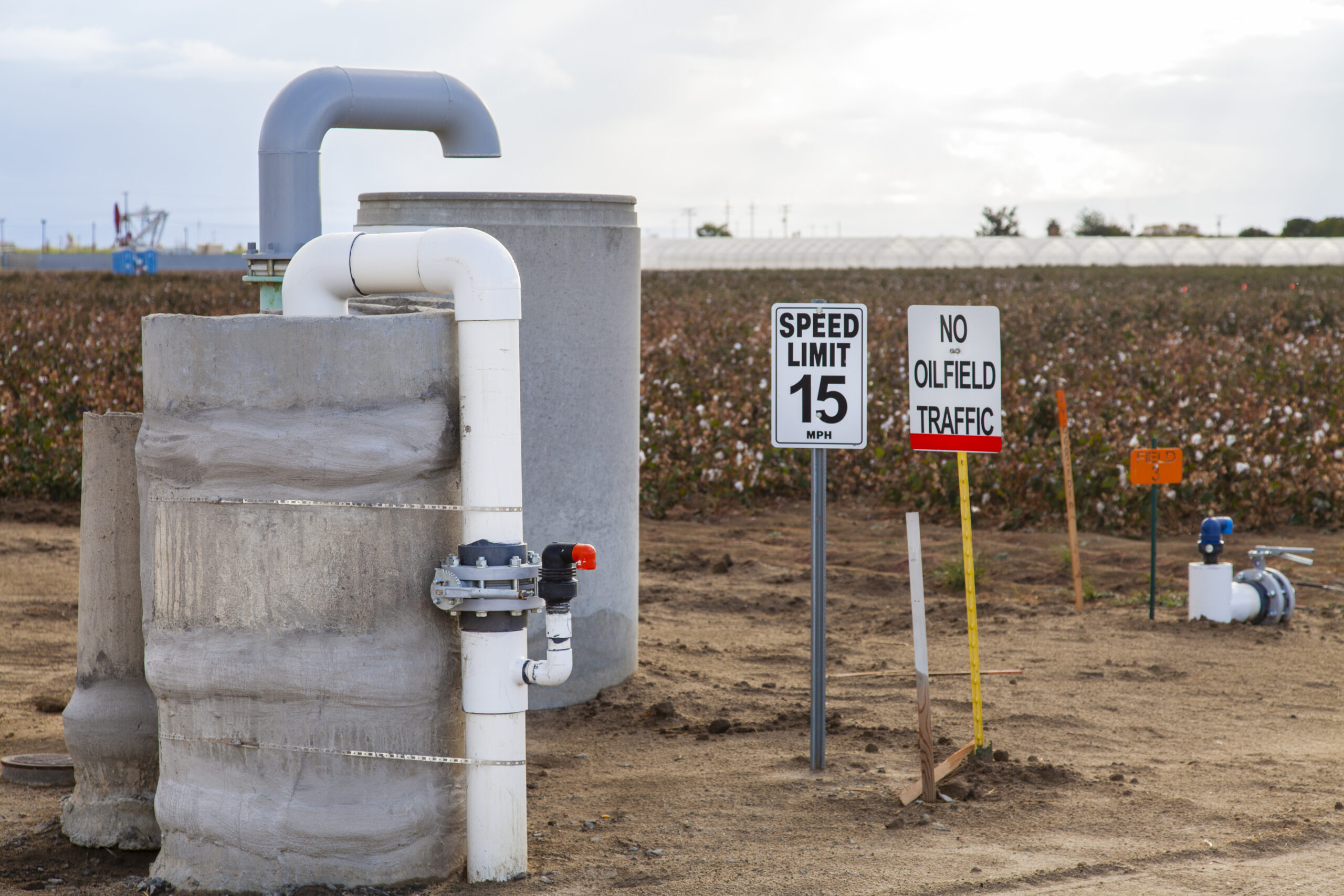 A prominent oil and gas lobbying group seeks to strip environmental protections from groundwater sources designated by the state for agricultural use and which may grow increasingly important to California’s water-scarce future, according to a memo obtained through a records request.

The proposal, which hasn’t been publicly announced, suggests removing protections for groundwater reserves underneath 1,500 square surface miles in western Kern County, where the upper groundwater zone alone can extend down thousands of feet. That region, near communities like McKittrick, Taft and Maricopa, is home to intensive oil drilling.

Under the proposed change, companies could have an easier time maintaining petroleum-tainted water in existing open-air ponds, which contaminate groundwater reserves. (One barrel of produced oil results in 16 barrels of water tainted by petroleum.)

This method of disposal is so toxic that the water board updated its permitting process to be more stringent after environmentalists called attention to it. There are more than 900 active, inactive, or closed ponds in California, almost all in Kern County. Over 200 more are in the process of closing.

The proposal could have wider implications; if successful, experts say, it could strengthen the oil industry’s ability to lay claim to groundwater reserves that had previously been designated for farm irrigation or even drinking water.

Amid a worsening drought, it also highlights another California-specific way the oil industry impacts the climate (in addition to being the top stationary emitter of greenhouse gas emissions in the state): polluting aquifers with potential future use. Much of the industry now disposes of wastewater by injecting it underground rather than storing it in ponds, but even this method has been shown to contaminate groundwater.

“Our water quality standards are outdated and need to be strengthened in light of the region’s water crisis — groundwater that they didn’t think to protect half a century ago will nonetheless be critical to California’s future.”

~ Hollin Kretzmann, senior attorney with the Center for Biological Diversity

Though they’re surrounded by oil wells, the groundwater reserves at issue are potentially tapped for agricultural operations in the region. The proposed de-designation could additionally impact sources of municipal drinking water, according to preliminary data collected in the memo, though they may not be in current use because of high levels of natural and human-induced contamination.

The memo was drafted by an environmental consulting group on behalf of the California Independent Petroleum Association, which represents around 500 oil operators in the state. The lobbying group spent more than $130,000 lobbying against regulations and climate resiliency and transition plans in the first three months of this year.

Asked about the plan, CIPA CEO Rock Zierman claimed that a majority of the groundwater wells his association is targeting are among those that federal and state agencies have determined do not contain sources of drinking water.

In addition, Zierman said that even if the plan were to be approved, operators would still need to get permits from the State Water Board to continue operating existing tainted water ponds.

Hollin Kretzmann, senior attorney with the Center for Biological Diversity, said it was “deeply concerning” that the oil lobby was requesting the change in a water-scarce area since droughts are likely to worsen due to climate change.

“The industry’s claims that the water cannot be used for other uses is self-serving and highly dubious. Moreover, our water quality standards are outdated and need to be strengthened in light of the region’s water crisis — groundwater that they didn’t think to protect half a century ago will nonetheless be critical to California’s future,” Kretzmann said.

The state water board didn’t respond to a list of questions, but in a conversation from March, executive officer Patrick Pulupa of the Central Valley Regional Water Quality Control Board expressed concern about wastewater in ponds migrating to the valley floor.

“Some of the old ponds are too close to usable water supplies,” Pulupa said, particularly those with agricultural uses. “That is equally concerning to the board” as impacts on drinking water.

The memo includes a map showing dozens of wells whose water has potential use for agriculture, and another map showing wells the state lists as sources of drinking water. The memo doesn’t appear to determine land ownership around the wells. The consulting firm that drafted it, Geosyntec, said the drinking water wells inside the study area were likely not in use, and questioned the usability of two dozen agricultural wells.

If the oil lobby is successful in de-designating these wells for drinking or agricultural use, it would likely make it much more difficult for landowners to sue companies that pollute water tables, says one expert with knowledge of the region.

Graham Fogg, a hydrologist at the University of California, Davis, who reviewed the memo for Capital & Main, said he didn’t see evidence that CIPA had comprehensively evaluated the groundwater sources.

“It’s true that in some areas down there, the groundwater quality is poor, but sometimes that’s just the shallow part,” said Fogg. “The groundwater system is really thick, so there may be a lot of wells that are relatively shallow that show bad water quality but that may only tell part of the story.”

Zierman said the memo was the first step in determining groundwater quality and not meant to be a final analysis.

CIPA is making the proposal as part of an amendment process to change part of the state’s Central Valley Salinity Alternatives for Long-Term Sustainability program. The water board initiated the program to manage rising levels of nitrates and salts in Central Valley freshwater supplies.

The lobbying group is attempting to take advantage of a December 2020 court order that required the state water board to re-examine water protections.

The Kern County Superior Court’s ’s order resulted from a court case involving Valley Water Management Company, which disposes of produced water on 163 acres near the majority-Latino community of Buttonwillow. The company is a member of CIPA.

In 2018, the regional water board ordered Valley Water Management Company to close two facilities or stop discharging wastewater after it found elevated oilfield contaminates in nearby groundwater supplies. In response, the company sued the water board, claiming that protections were too broad and thus unenforceable.

Judge David Lampe agreed that water regulators could maintain broad default protections for water sources but would also have to investigate and confirm whether they were suitable for drinking or agricultural use.

In addition to being a source of potential drinking or agricultural water, aquifers in the Tulare Lake Basin could also serve as long-term storage facilities for water supplies as the state faces more intense droughts in the future. Such reserves will likely grow increasingly important in California; the state water board currently oversees eight aquifer storage projects, many of which are pilot programs and mostly located around Sacramento.

“In the future, in terms of places to store water, and you can argue that water security is mostly about being able to store water for later, the Central Valley and other major aquifer systems are key for that,” said Fogg. “So as much as we can, we need to maintain our ability to use those aquifer systems for storage later.”

Related Topics:California droughtFeaturedGroundwateroil and gas industry
Up Next

The Stench of Climate Change