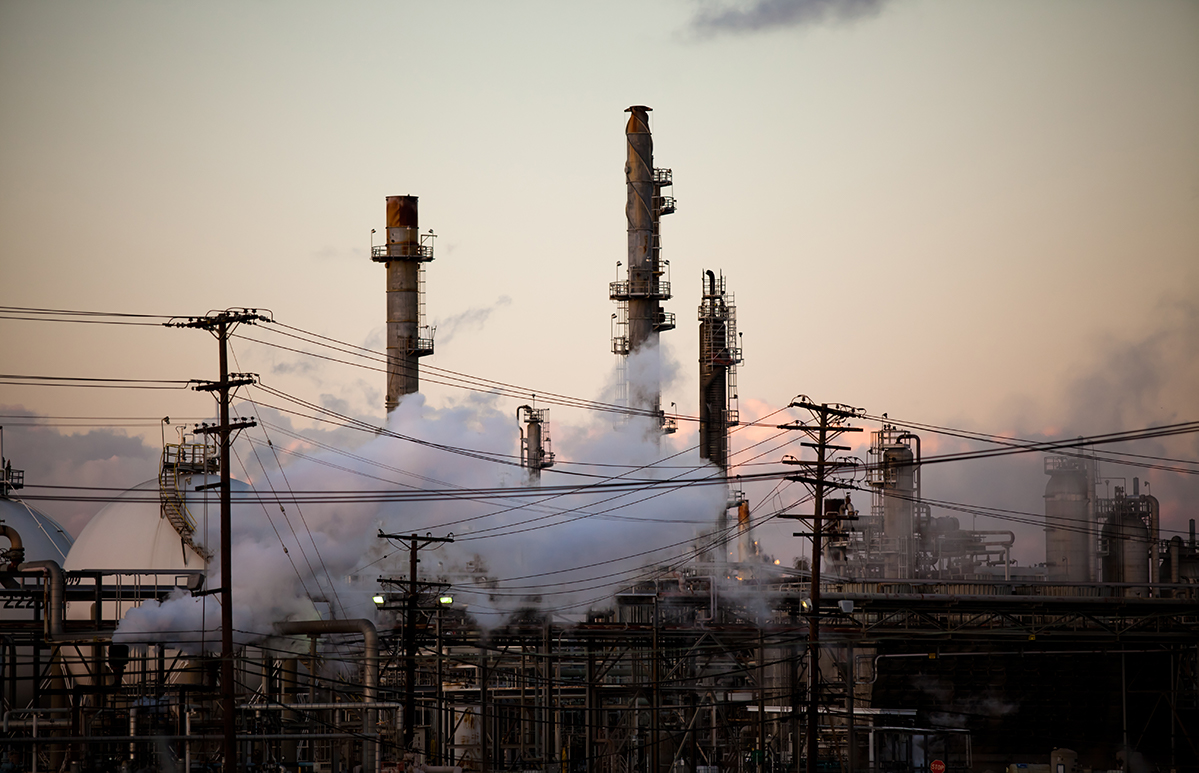 When it comes to fighting California’s ambitious agenda for curbing the use of fossil fuels, the state’s oil and gas industry is putting its money where its mouth is.

In the first quarter of 2021, the industry spent more than $4.3 million on lobbying, a significant portion of it to oppose legislation that would bolster the state’s progress toward reducing greenhouse gas emissions, impose tighter regulations for industrial accidents and ensure justice for communities most impacted by pollution and climate change.

The lobbying efforts appear to have derailed at least one bill, prominently touted by environmental justice and climate groups, that would have banned fracking and other forms of oil recovery that involve injecting highly pressurized water or steam into wells.

That bill, called SB 467, would also have mandated physical distances of 2,500 feet between oil and gas operation and places such as homes or schools, a distance based on studies showing a correlation between proximity of the operation and poor health outcome, including cancers, respiratory ailments and low birth weight in infants.

Both the WSPA and CIPA opposed the bill because they claim it would shut down the industry in California and lead to significant job losses and billions in lost tax revenue, according to a bill analysis by the Senate Committee on Natural Resources and Water. The State Building and Construction Trades Council, which represents unions in the construction industry, also opposed it.

But several other bills targeted by the industry’s lobbying apparatus are still active. Among the most far-reaching of legislative proposals is SB 260, which would dramatically expand reporting requirements for greenhouse gas emissions by companies that do business in California with annual revenues that exceed $1 billion, as part of a broader effort to track the state’s progress toward its climate goals. Lobbying disclosures show that both WSPA and CIPA lobbied against it, as did the companies Marathon Petroleum, California Resources Corporation, Chevron and Valero.

The law would require companies to report three different sources of emissions annually to the California Air Resources Board, which would compile them in a publicly available report. CARB would also estimate emissions levels for 2030 and 2045 based on the information it collects.

Currently, only facilities that annually release 10,000 metric tons of carbon dioxide or equivalent greenhouse gas emissions are required to report these numbers, with facilities emitting 25,000 tons also reporting through the state’s cap-and-trade program. Most are industrial and utility sources; data from 2019 show the top ten largest carbon emitters were facilities operated by oil and gas companies.

Total supply chain emissions could account for as much as 11.4 times the volume of emissions that companies emit from direct operations, according to an analysis of the bill by the Senate Judiciary Committee.

AB 480, which would give local authorities the power to shut down facilities in response to industrial accidents, was inspired by lead contamination in communities near an L.A. battery plant.

The industry claims that the requirements would be onerous for downstream companies in the supply chain and raise questions of jurisdiction.

“It sounds like a great role of the federal government to monitor global emissions, but is that the role of the state government?” said Kevin Slagle, vice president of strategic communications for WSPA. “Part of our opposition to things like this may be not so much the idea, but how you go about doing it.”

The reporting requirement also wouldn’t apply to foreign companies whose oil is imported into California, complains CIPA CEO Rock Zierman. Most of the oil consumed in the state is imported.

WSPA, CIPA, and five oil and gas companies also lobbied against a bill that would establish sales targets for selling electric vehicles, a measure linked to Gov. Gavin Newsom’s executive order mandating sales of only zero-emissions cars by 2035; combustion from vehicle engines in the state currently accounts for 40% of known emissions. And both associations, as well as Chevron and California Resources Corporation, opposed a bill to increase funding for plugging abandoned wells, which also leak greenhouse gases.

Since a pipeline leak at Chevron’s Richmond refinery sent diesel spewing into the San Francisco Bay in February, city officials and community members have had trouble obtaining basic information about the spill’s cause or impacts, according to Claudia Jimenez, a city council representative in Richmond.

One bill in the legislature would reportedly enhance transparency when such spills occur. AB 480 would give local county regulators the power to order facilities to be temporarily shut down in response to industrial accidents that harm public health or the environment, and also grant the regulator access to the responsible facilities.

The measure may have made a difference in Richmond. Last month, Capital & Main reported that Chevron’s grip on the release of information during and after the spill prevented the public from learning about its full extent. The bill’s author, Assemblymember Wendy Carrillo, said it was inspired by lead contamination in communities near a battery plant in Los Angeles County.

SB 25, which appears to impose tighter regulations on fracking, has received support from the industry. The problem, according to one analysis, is that the bill wouldn’t have much impact.

AB 480 was the target of lobbying by WSPA and CIPA as well as Chevron, California Resources Corporation and Marathon. Those companies also joined a number of commerce and trade groups to lobby against a bill to decontaminate waterways statewide by 2050.

But another proposed law that appears to impose tighter regulations on fracking operations has received uniform support from the industry.

Neither change would have much effect, according to a Senate Committee on Natural Resources and Water analysis of the bill, since seismic activity can be observed within the current time frame and decreasing the spill report time would have an “unclear” impact.

The bill was also authored by State Sen. Melissa Hurtado, who has taken at least $20,000 from the oil and gas industry since 2018, according to Courage Score, a website managed by progressive groups. Hurtado also attended a fundraiser hosted by CIPA last year.

In an email, Hurtado, who represents a portion of the Central Valley, stated that inspiration for the legislation stemmed from wanting to correct what she sees as an imbalance in the state’s support for “coastal communities.”

“My district should not only have a say in what environmental justice means to us, but lead in that effort,” Hurtado said.

The bill that has received the most pushback from the industry, besides the one that would have banned fracking and injection wells, proposes to expand the South Coast Air Quality Management District’s (AQMD) board by two members — both of whom would be appointed by top legislators, would represent the interests of the environmental justice movement and would have to come from the local communities most impacted by pollution, which tend to be mostly Latino or Black.

The board regulates air pollution in Los Angeles County as well as Orange County, San Bernardino and Riverside, and represents some of the most polluted urban areas in the country.

Both Valero and PBF Energy are lobbying against the legislation.

Slagle, speaking on behalf of WSPA, which lobbied against the bill, says the industry doesn’t oppose measures for environmental justice but believes the bill is unnecessary and redundant, since similar measures are already in place

At publication time, the bill, SB 342, was headed to the state Senate floor for a vote.

‘Hellcat’ v. Big Oil: How a Great-Grandmother Is Fighting to Protect a Texas Fishing Bay