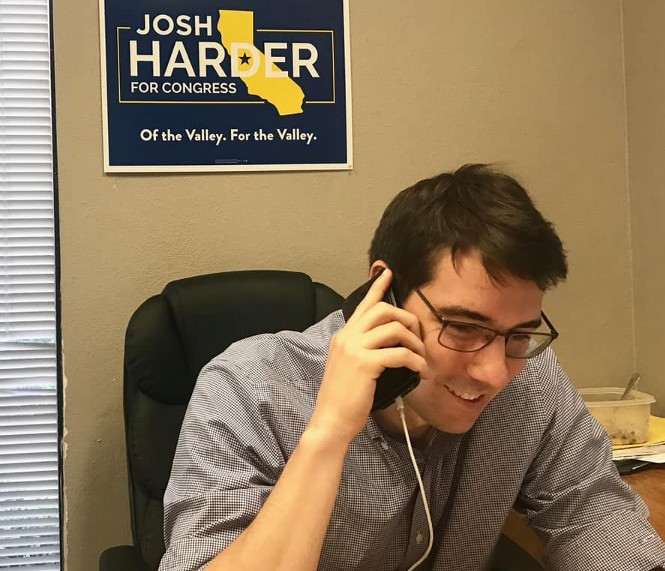 UPDATE, Nov. 13: The Associated Press tonight has declared Democratic challenger Josh Harder to be the winner over GOP incumbent Jeff Denham in the hard-fought 10th District race. According to AP, “With votes continuing to be counted, Harder’s edge has grown after Denham grabbed a slim lead on Election Day. After the latest update, Harder had a 4,919-vote lead out of about 185,000 votes counted, a margin too large for the congressman to overcome with remaining votes.”

It was a puzzling claim, considering Denham voted with his party to repeal the Affordable Care Act, or Obamacare, several times, and voted for the Republican replacement, the unpopular American Health Care Act.

As of Wednesday morning, Jeff Denham clung to a lead of 50.6 percent of the vote, with Harder claiming 49.4 percent. While 100 percent of precincts had reported, the race had not been called, pending the counting of mail-in and provisional ballots. Democratic activists said enthusiasm and campaign cash were up. Harder raised more than $7 million in this cycle to Denham’s $4.4 million.

Back in February, most of the volunteer canvassers trying to boost Democratic registration in Modesto, the heart of the district, were from the Bay Area. They said they had driven east to turn this purplish district solid blue. CA-10, which voted for Hillary Clinton by three points in 2016 while giving Denham a similar margin of victory, was one of the top Democratic targets for flipping in 2018.

Whether Denham or Harder end up winning, the trend of people relocating from the pricey Bay Area could end up re-shaping the electorate in the district. New research from BuildZoom and the Terner Center for Housing Innovation at the University of California, Berkeley shows a growing connection between the Bay Area and its neighbor to the east, CA-10. “More than 55 percent of Bay Area out-migrants in households earning less than $50,000 a year stayed in California, [heading to] more affordable markets, such as the Sacramento region or Central Valley metro areas, like Modesto or Fresno,” the study said.