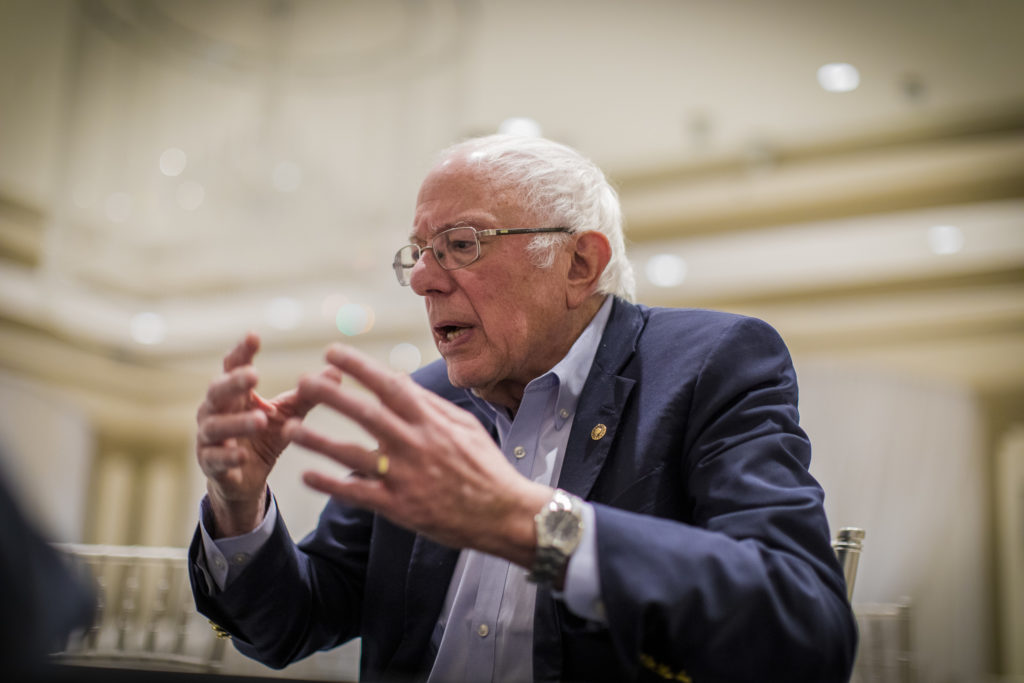 “Our administration will look like America,” the presidential contender tells Capital & Main. “We have got to undo the racism and xenophobia of the Trump administration.”

The day after the Democratic presidential debate at Loyola Marymount University in Los Angeles, Sanders was polling second to Joe Biden with 18 percent in voter preferences, compared to Biden’s 27 percent, according to an average of national polls compiled by FiveThirtyEight.com.

Sanders, sleeves rolled up, hunched over the podium and stabbed the air for emphasis as he thundered through a stump speech that stressed the “existential” threat of climate change. His speech was punctuated by at least one call of “We love you, Bernie” and loud applause. In California “No Party Preference” voters comprise the second-largest group of those registered. Sanders urged his Moreno Valley audience members who claim this affiliation to switch to the Democratic Party so they can cast a primary ballot for him. The following is an abridged version of the interview, edited for clarity. Note: Capital & Main has extended interview requests to the leading Democratic candidates as part of our coverage of inequality and the Democratic primary race.

All photos by Joanne Kim.

Robin Urevich, Capital & Main: What could be your first actions to combat economic inequality?

Bernie Sanders: You’re not going to pass major legislation in the first week. But what you can do through executive order is make sure that every contractor who has a contract with the federal government will pay their workers at least $15 an hour. What you can do is move to raising the federal minimum wage to $15 an hour. What you can do is propose legislation which will be progressive, which will include a tax on wealth and introduce infrastructural legislation which will create up to 15 million good paying jobs. We’ll introduce a Green New Deal, which will create millions more good paying jobs — union jobs. We will also make it much easier for workers to form unions. We will end the absurdity of women making 80 cents on the dollar compared to men. 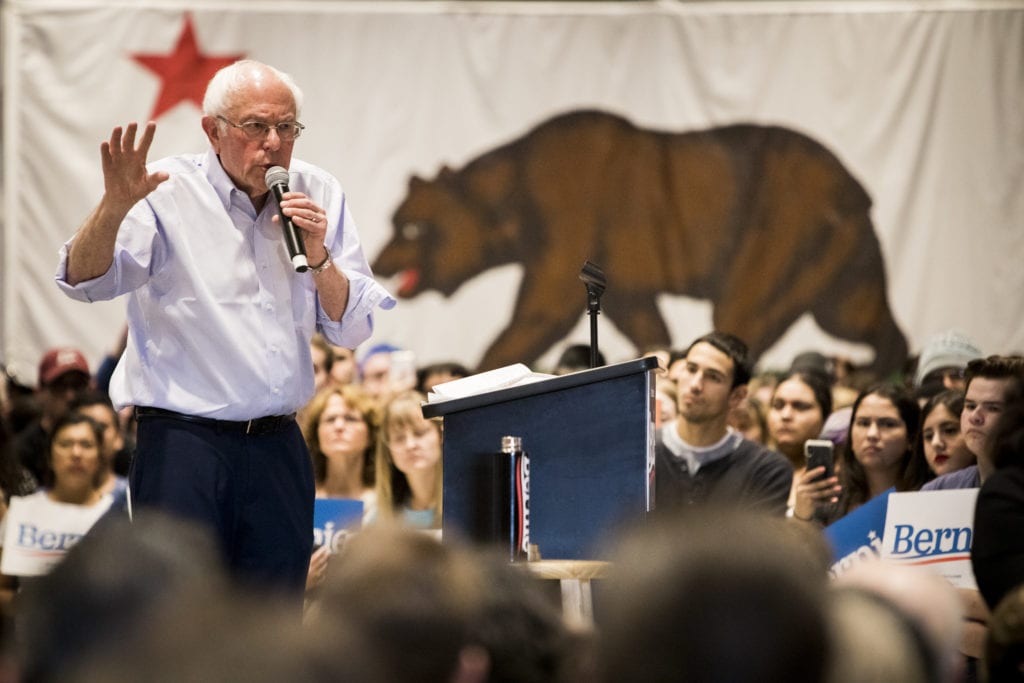 Sam Levin, The Guardian: There’s been a lot of comparisons from pundits regarding British Labour Party leader Jeremy Corbyn recently to your campaign, and folks saying, “Oh, we should be concerned. Is Bernie Sanders too far left and is that a dangerous person to choose for that reason?” I’m curious how you respond to Corbyn’s defeat.

Sanders: The last I heard, the United Kingdom is not the United States. Brexit is not a major part of what this campaign is about. The issues that I am campaigning on are precisely the issues the American people support. Look, our opponents will throw every reason in the world against us. They’re getting increasingly nervous because they understand we have a very good chance to win Iowa, New Hampshire, Nevada. So every other day, you’re going to hear a new reason out there why people should not vote for Bernie Sanders. The polling suggest[s] people agree with us on the issues. And they are sick and tired of the income and wealth inequality that sees [the] rich getting much richer.

Capital & Main: What is your proudest accomplishment on economic inequality?

Sanders: Changing the conversation in general. Four years ago when I was here and talked about raising the minimum wage, it was a radical idea. Since then, seven states and the Congress have done it. Four years ago when we talked about climate change being an existential threat to the planet, again, that was deemed to be pretty outside the box. Not so anymore. We have, in terms of the Affordable Care Act, expanded community health centers all over this country significantly in California, making it easy for people to access health care. I took on and led the effort to raise the minimum wage at Amazon and Disney — big deals here in California — to 15 bucks an hour, taking on two very, very large corporate interests. 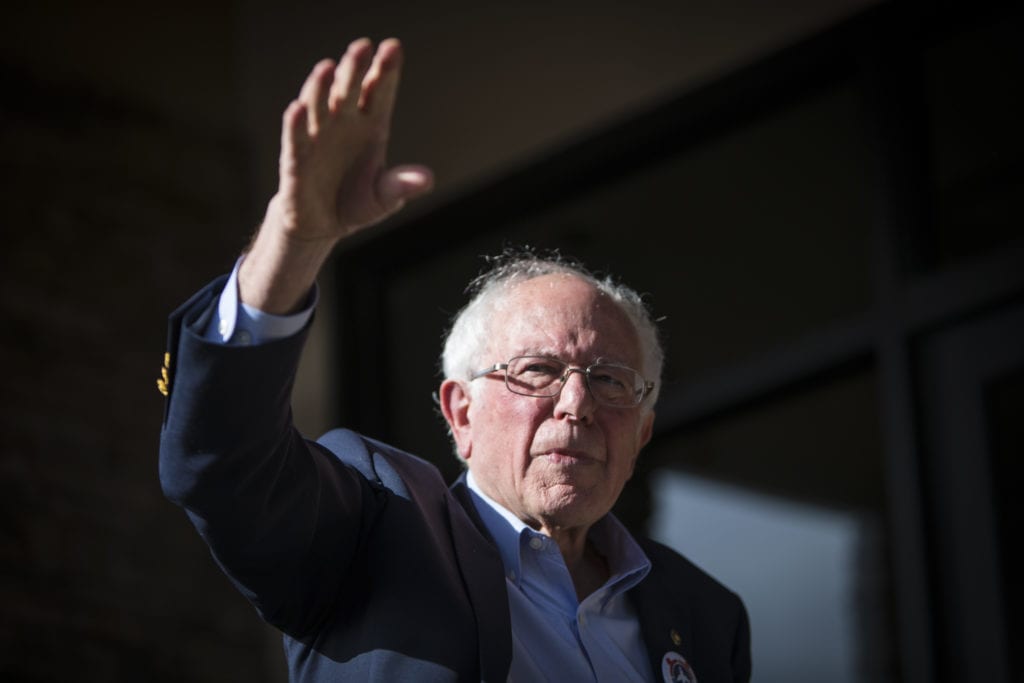 Sanders: That is exactly the problem with American politics. In fact, Buttigieg, as I understand it, has received contributions from 39 billionaires, closing in on [Joe] Biden, who has received contributions from 44 billionaires. And they will tell you, “Oh, it doesn’t impact me. It really doesn’t mean anything to me.” That is clearly nonsensical. Why would wealthy people be making large contributions if it didn’t mean something to them? So what you end up with, time and time again, are candidates who are not addressing the needs of working-class people, but who work overtime to protect the wealthy and the powerful. The average American worker is not making a nickel more than he or she did 45 years ago, despite an explosion in technology and worker productivity.

Over the last 30 years, the top one percent have seen a $21 trillion increase in their wealth, [while the] bottom half of America [has had] a decline in their wealth. A lot of that is attributable to the agenda of the wealthy. And that agenda is brought about, is implemented, by their campaign contributions and their access to candidates.

Capital & Main: We’ve gone from a really diverse candidate pool to one that is not so much. What would you do in terms of your selection of a vice president?

The Guardian: Do you think we’ll have a VP candidate of color?

Sanders: It’s too early and too presumptuous for me to tell you who my candidate would be. But I will make the unequivocal promise that our cabinet and administration will look like America in a way that’s never been the case before.