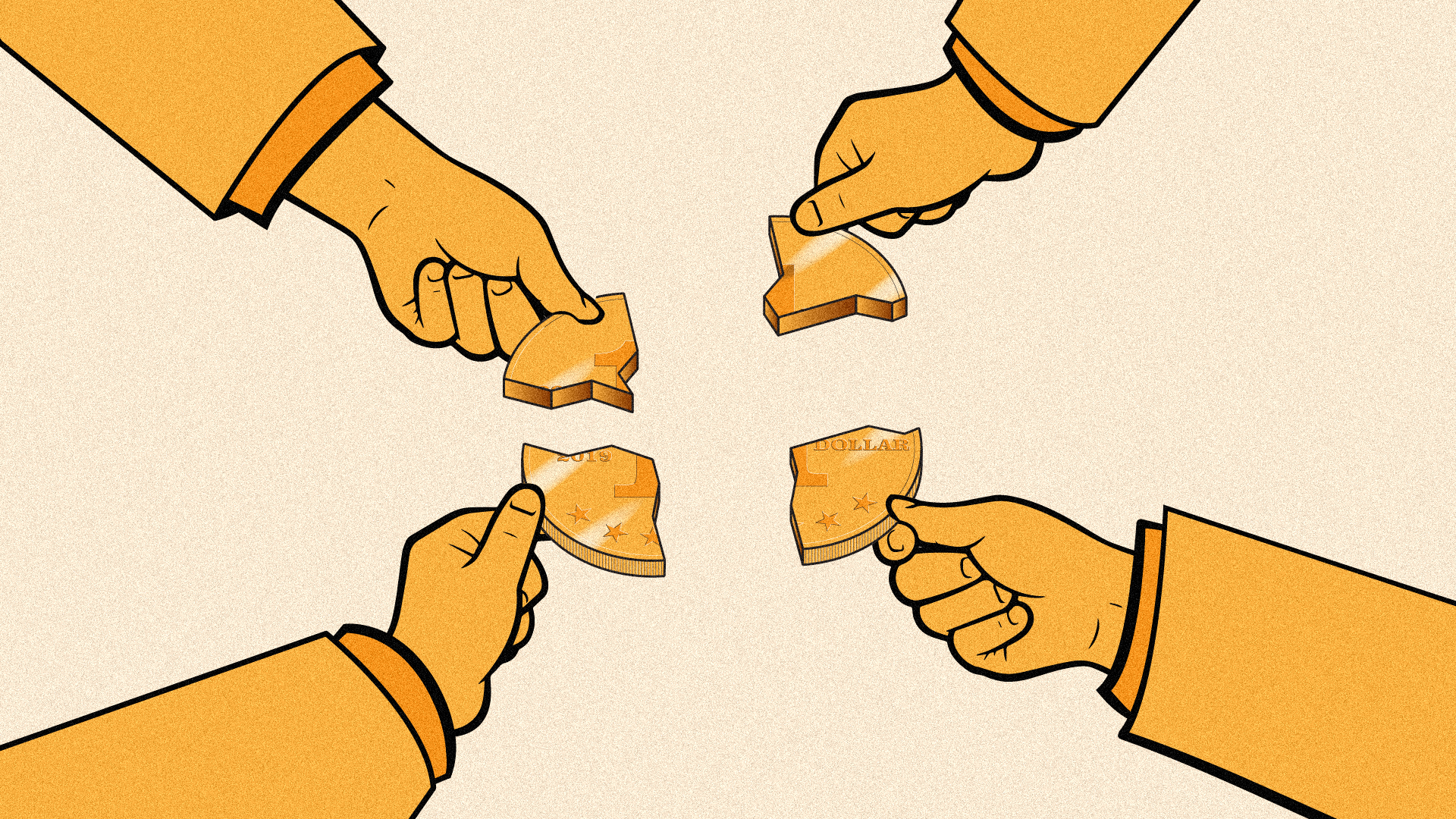 When American Express recapped what a “generally successful year” it had in 1960, it graciously thanked its different stakeholders for all they had done to make it so.

“We express our sincere appreciation to our customers for their patronage and confidence, to our shareholders and directors for their support and interest, and to all American Express employees throughout the world for their continuing efforts and loyalty,” then-CEO Howard L. Clark said in the company’s annual report.

Some six decades later, the tone was much the same. “We have an incredibly talented team at all levels of the company and strong relationships with a wide array of outstanding business partners … all working together to deliver the best products and services for our customers,” said CEO Stephen J. Squeri. “We are excited about the opportunities that lie ahead … and are confident in our ability to continue to deliver sustainable growth for our shareholders.”

But at American Express, just as at most companies, one thing had changed a lot between those two periods: the way in which the money it took in got divvied up.

Much has been written about how, since the 1980s, companies have focused inordinately on enriching their shareholders (including their CEOs) while their workers’ wages have stagnated and benefits eroded. But mostly, this phenomenon has been captured through big-picture macroeconomic data. It’s rare to see how this trend has played out at the individual company level.

Part of the reason for this difficulty is that companies don’t disclose nearly as much financial information as they once did. Back in the 1950s and ’60s, it was fairly common for big corporations to make clear in their annual reports exactly how they spent every dollar of revenue. Some would depict a pie with different slices showing where each penny went: 50 cents to suppliers, 4 cents to shareholders, 10 cents to taxes, and so on. (From an accounting standpoint, these pies were unusual — a mashup of items from a company’s income statement and its balance sheet.)

Today, by contrast, labor costs are usually buried within the general expenses line of an income statement. Other parts of the report are also far more opaque than they used to be.

To overcome this challenge, I dug into the financial filings of the relatively few companies that break out their labor expenses now. (I chose to use 2019 — before the pandemic, which at many companies disrupted operations and threw off the numbers.) A small subset of these businesses was also around in 1960, allowing for historical comparison.

Shiva Rajgopal, a professor of accounting and auditing at Columbia Business School, and his graduate student MJ Song did the calculations. We examined six firms in all: American Express, Chrysler (now a part of the auto giant Stellantis), Union Pacific Railroad, United Airlines, United States Steel and Wells Fargo.

Several things stand out about what’s different since 1960: At five of the six companies, far less of each dollar goes to employees. At five of the six, more goes to shareholders — sometimes much more. That is mainly the result of stock repurchases, which companies often make in a bid to pump up the share price. Buybacks were largely illegal until 1982.

“That’s the main dynamic — the shift from worker to shareholder,” says Anna Stansbury, a professor at the MIT Sloan School of Management, who also reviewed the data.

At all six of the companies, the “other expenses” category — a hodgepodge of items, including one-time charges — increased. Some of this is because of changes in reporting. For instance, United States Steel in 1960 specified how much went to suppliers. But it did not break out that number in 2019, and so those expenses got lumped into the “other” bucket.

Yet Stansbury suspects that something else could also be going on here: the steady growth of outsourcing, including the use of temp workers and contractors. “One factor may be the fissuring of work,” she says.

Rajgopal suggests that automation has had a major role as well. “There has been displacement of labor by technology,” he says, which has had the effect of increasing “other expenses” and reducing the amount going to employees.

One other notable contrast: In three cases, the amount of money retained to reinvest back in the business — in research and development, new equipment and facilities, and higher compensation for employees — turned negative.

Why? Because these companies spent all of that — and then some — to buy back their own shares. 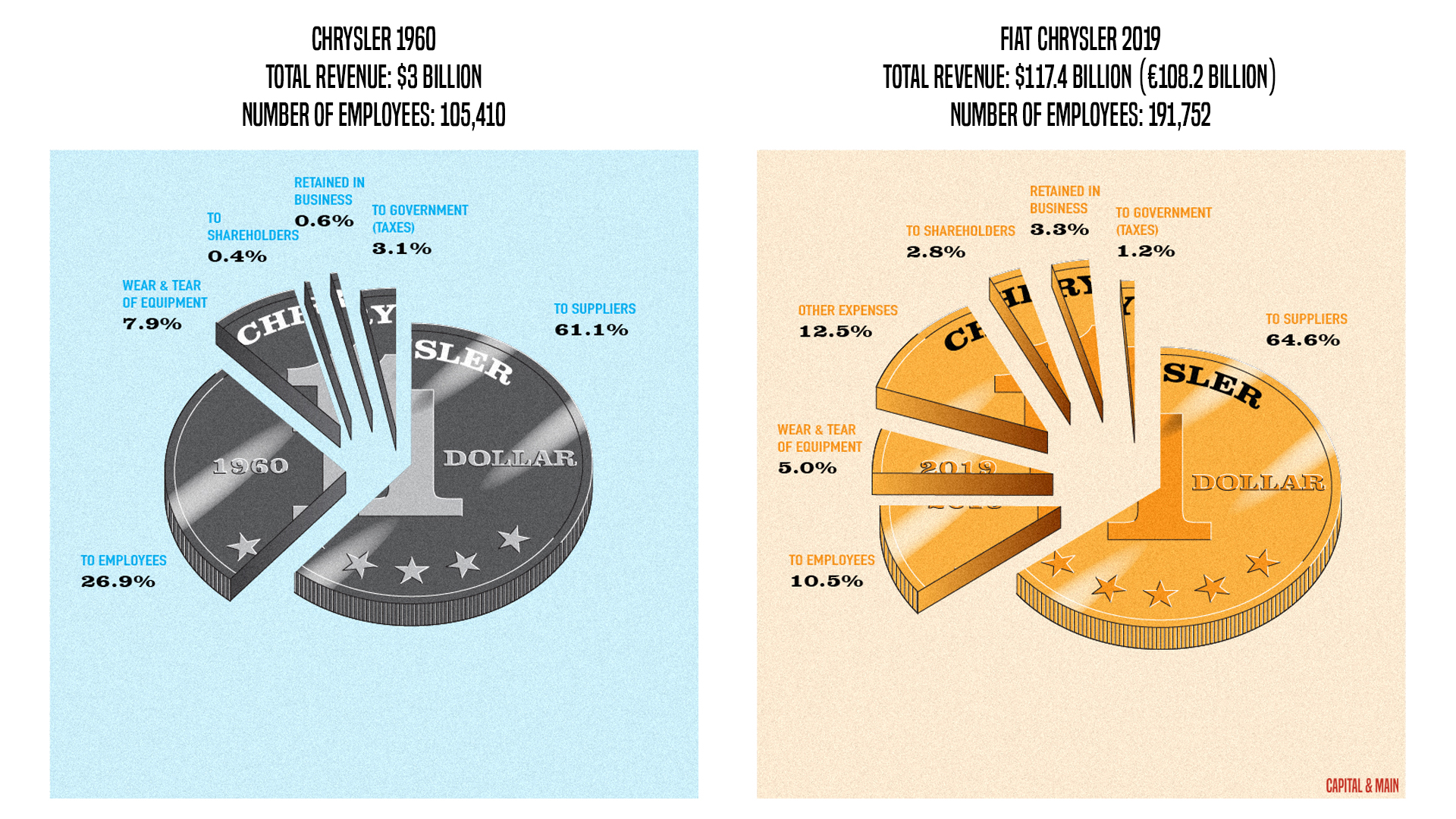 Note: Chrysler is now a part of Stellantis, which was formed by the 2021 merger of Fiat Chrysler Automobiles and France’s PSA Group.
The company declined to comment. Company comment: “In addition to technology and efficiency gains over the last 50 years, it’s important to note the 1960 data is prior to the Stagger’s Act. At that time, the rail industry was struggling financially, safety records were poor and employment was declining. The Stagger’s Act of 1980 eliminated many of the most damaging regulations and allowed railroads to take a smart, customer-focused and market-based approach to railroading—while preserving government intervention for those situations where it was needed most. Today, rail workers are among the most skilled professionals who are among the best-compensated in the nation, and many do not have a college degree.” 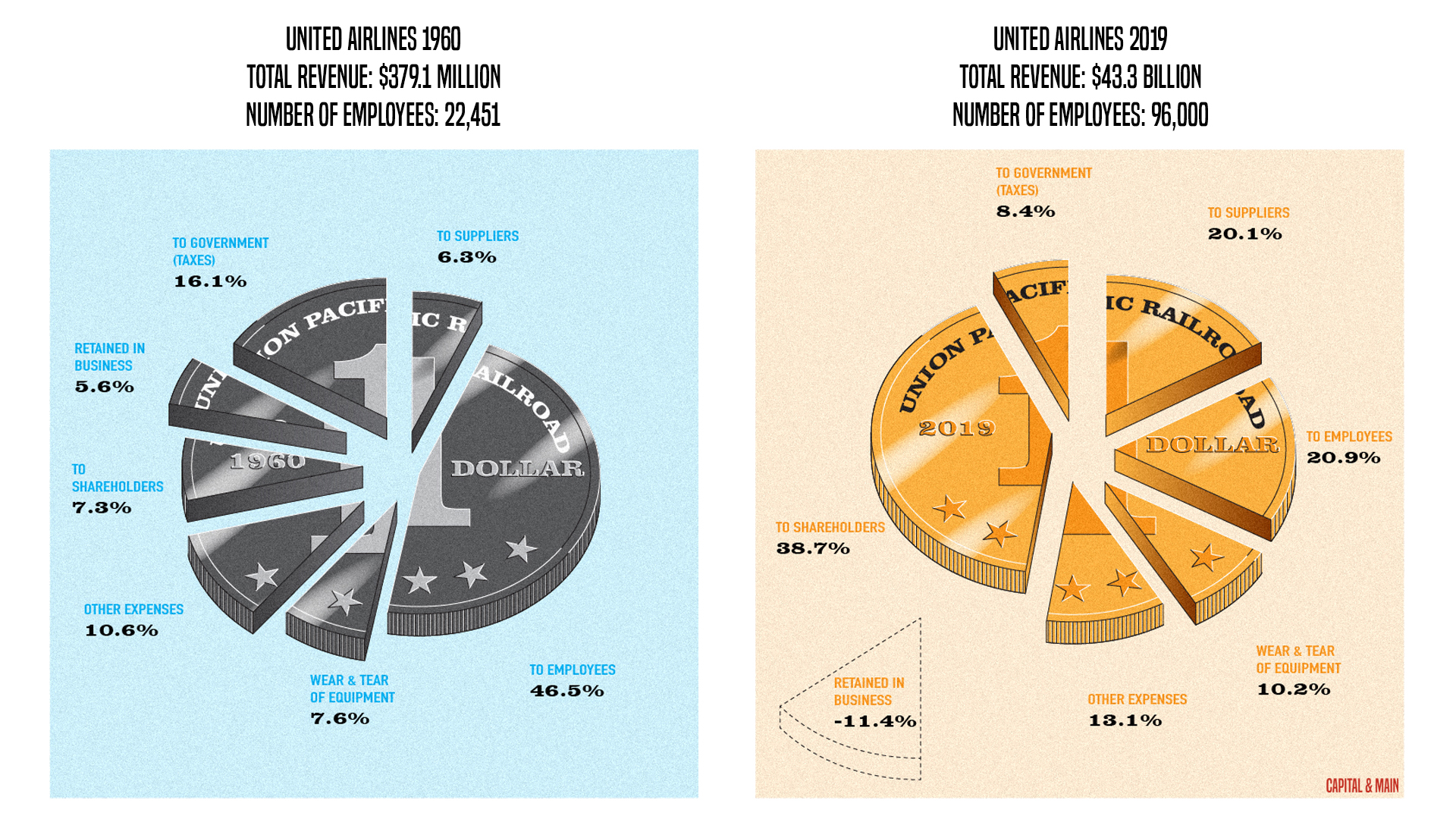 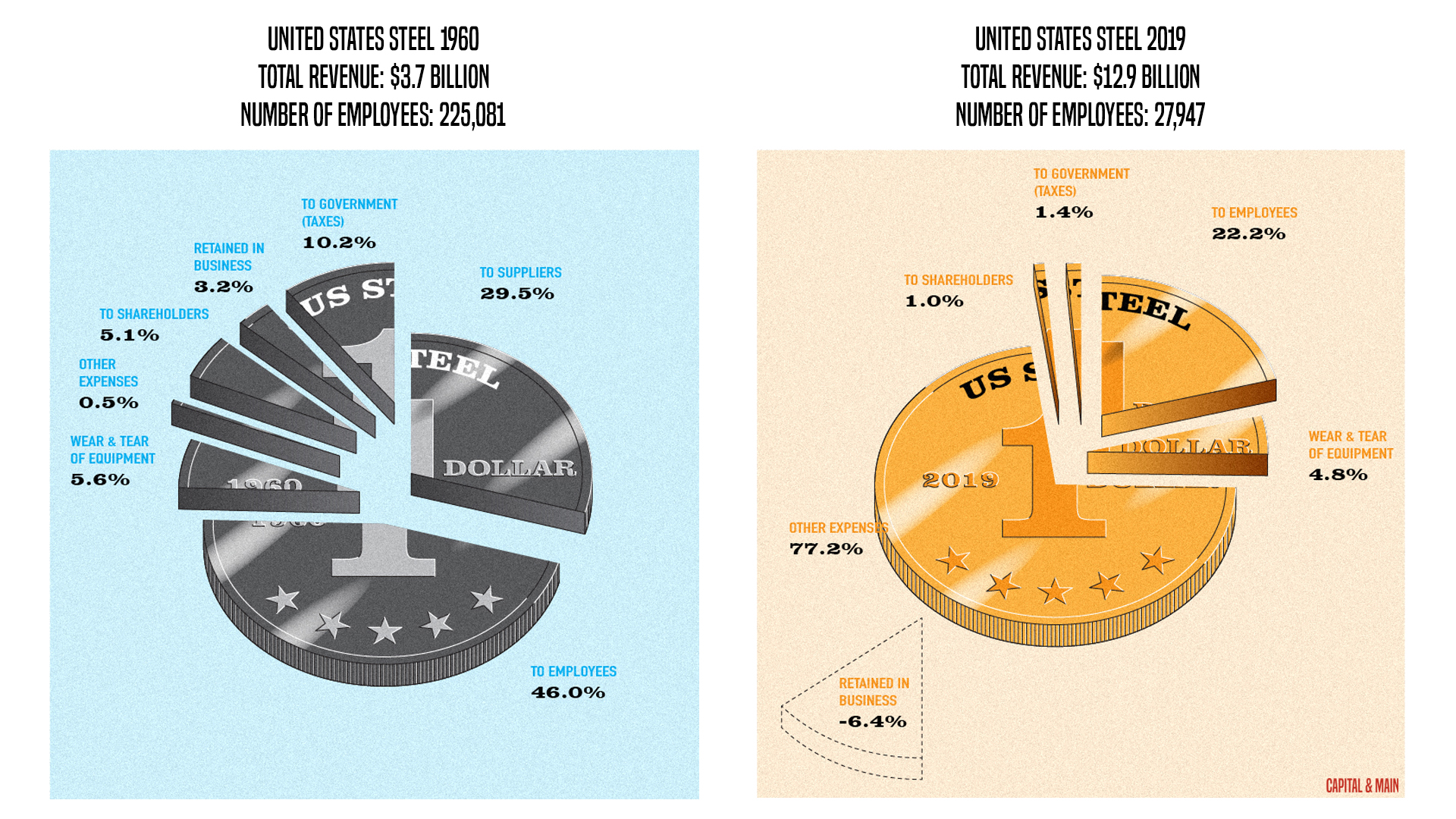 Company comment: “We disclose financial information in accordance with the current requirements. Obviously, those requirements change over time.” Despite Recent Pay Hikes, Many American Workers Are Still a Long Way From a Living Wage