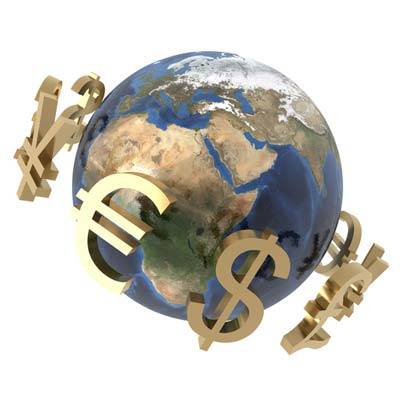 After years of neglect, the minimum wage has suddenly become a major national issue. President Obama has proposed an increase in the federal minimum to $10.10 an hour, fast food workers are agitating for $15, and candidates who back a higher wage floor, including an avowed socialistin Seattle, are winning local elections. In February, the retailer Gap Inc. announced that it was implementing a nationwide minimum wage for 65,000 of its own 90,000 employees (although only $9 an hour).

The minimum wage is an important issue in other countries as well, although we rarely hear about these cases.

A Use for the WTO?

For workers in Bangladesh, Haiti, and Cambodia there’s one hurdle that most of us don’t face here: if they win, they stand a good chance of losing their jobs.

The combination of neoliberal trade agreements and technical advances in transport and communications has made it easy for garment manufacturers and retailers to move production from one country to another. “(L)arge multinational companies systematically search the globe for the most advantageous conditions for their production facilities,” British journalist and activist Tansy Hoskins wrote in The Business of Fashion in January. “(I)f factors like rising wages or the expansion of unions threaten profits, companies can simply source their labor elsewhere. For workers, this constant threat of replacement makes fighting for higher standards risky because if things do shift, companies just up and leave for other locations.”

For Hoskins, the author of the recently released Stitched Up: The Anti-Capitalist Book of Fashion, the solution is obvious: Remove the incentive to relocate to countries with lower wages. If the apparel industry can globalize production, the producers need to be able to globalize the minimum wage.

The idea may seem startling, but it’s hardly new. A number of respected economists and analysts have made similar proposals: Muhammad Yunus, the winner of the 2006 Nobel Peace Prize; Thomas Palley, a fellow at the DC-based New America Foundation; and London School of Economics lecturer Jason Hickel. The Asia Floor Wage Alliance, an umbrella group for unions and labor rights activists, is already looking at ways to implement an international minimum living wage for garment workers.

The proposal presents technical difficulties, but they aren’t insurmountable. A minimum wage that would work across different countries could be based on a certain percentage of each country’s median wage, or on the minimum cost of the basic needs of an average family in each country. Establishing a global minimum wage would require a high level of international cooperation, but governments have managed to cooperate on trade agreements that benefit multinationals – why not on an agreement that benefits people?

Contacted by email, Hoskins suggested that the system could be organized by theWorld Trade Organization (WTO), which she said “would be a better use of its time, rather than forcing countries into devastating structural adjustment programs.”

In any case, a push for a global minimum would have important benefits long before the wage itself could become a reality. “The campaign would be a powerful educational and awareness-raising tool,” according to Bjorn Skorpen Claeson, a former grassroots anti-sweatshop organizer from Maine who is now a senior policy analyst at the International Labor Rights Forum (ILRF), a DC-based nonprofit that has played a leading role in fighting sweatshop conditions. “It would place workers from different parts of the world side by side,” he wrote when asked for his appraisal, “and help us make connections to each other and to institutions and decisions that impact all of our lives.”

The apparel industry would be an obvious place to start. Garment workers are on the move in several parts of the Global South, and people here have become more aware of the issues as a consequence of the series of factory disasters in Bangladesh that culminated in the April 2013 collapse of Rana Plaza outside Dhaka, with a toll of 1,133 deaths.

“I think there is currently a strong desire among citizens in advanced capitalist countries for clothes not based on severe exploitation and poverty wages,” Hoskins says. “People are looking for solutions for poverty that are not those of the dead end of individualized shopping choices. Arguing for a global minimum wage is a way of showing that there is something that can be done to alleviate poverty and that it is not a natural state of affairs.”

The potential for a campaign is especially strong in the United States, and not just because the minimum wage is finally getting attention here. Until the last few decades, this country was a major apparel producer. The jobs now outsourced to the Global South used to pay the US minimum or more to workers in New York and Los Angeles. The same neoliberal globalization that has condemned Bangladeshis, Haitians and Cambodians to “dark satanic mills” has left people here scrambling for part-time positions at McDonald’s, or other jobs that can’t be shipped abroad.

The ILRF’s Claeson warns that “with such a wide scope the campaign would have to creatively define achievable victories along the way towards a global minimum wage. I think any social movement has to be sustained by victories, concrete achievements for the people who put their energy, creativity, and resources into the work.”

One approach would be to build on existing anti-sweatshop campaigns. Last November, apparel manufacturers Gildan and Fruit of the Loom responded to pressure from Haitian, Canadian and US activists by announcing that they would require their suppliers in Port-au-Prince to pay at least Haiti’s legal minimum wage. Activists could extend this partial victory by pushing the two companies to back a higher minimum in Haiti and make the same pledge for other countries. Gap Inc. would be another good target. The company may generate some good publicity by raising the minimum for its workers here, but will it do the same for workers in Bangladesh, where Gap contracts with nearly 80 factories? This demand would directly link the struggles of South Asian apparel workers with those of retail workers in the United States.

And what about the politicians and commentators who claim sweatshop labor is a motor for economic development in countries like Haiti? Up to now these assertions have gotten a free ride in the US media. Suppose activists challenged people like New York Times columnist Nicholas Kristof and presidential hopeful Hillary Clinton to back a global minimum wage: posing the question would start the process of changing the public debate, just as activists’ questions and demands have brought the national minimum wage to the forefront.

April 24 marks the first anniversary of the Rana Plaza collapse, one of the worst industrial disasters in all of history. The multinationals think big, and they think globally. Can we really do less for the people who make our clothes?

This article originally appeared on Truthout.

David L. Wilson is co-author, with Jane Guskin, of The Politics of Immigration: Questions and Answers, Monthly Review Press, July 2007. He also co-edits Weekly News Update on the Americas, a summary of news from Latin America and the Caribbean. He worked with Bill de Blasio in the Nicaragua Solidarity Network of Greater New York in the early 1990s.