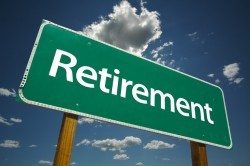 In societies across the globe, men demonstrate their manhood in different ways. There are many wonderful tracts on the topic. However, in the culture of Washington DC, the best way to demonstrate your manhood is to express your willingness to cut Medicare and Social Security. There is no better way to be admitted into the club of the Very Serious People.

This is the reason that we saw White House spokesman Jay Carney tell a press conference. He told the reporters that President Obama is still willing to cut Social Security benefits by using the chained Consumer Price Index as the basis for the annual cost of living adjustment (COLA). This willingness to cut the benefits of retirees establishes President Obama as a serious person in elite Washington circles.

While most of the DC insiders probably don’t understand the chained CPI, everyone else should recognize that this technical fix amounts to a serious cut in benefits. It reduces benefits compared to the current schedule by 0.3 percent annually. This adds up through time. After someone has been getting benefits for 10 years, the cut in annual benefits is 3 percent. After 20 years, people would be seeing a benefit that is six percent lower, and after 30 years their benefit would be reduced by nine percent. (AARP has a nice calculator which shows how much retirees can expect to lose from the chained CPI.)

We can debate whether the chained CPI benefit cut should be viewed as “large,” but there is no debate that chained CPI cut is a bigger hit to the typical retiree than the ending of the Bush tax cuts were to the typical high-end earner. Social Security provides more than half of the income for almost 70 percent of retirees. This means that the three percent cut in Social Security benefits amounts to a reduction in their income of more than 1.5 percent.

If the proponents of using the chained CPI to cut Social Security want to claim that this cut is not a big deal, then they must also believe that the tax increases on the wealthy were not a big deal. That’s what the arithmetic says, and there is no way around it.

The other fact that there is no way around is that they cannot claim that the cut is based on a desire to have a more accurate COLA. There are reasons for claiming that the chained CPI provides a better measure of inflation for the population as a whole. But we know that the elderly have different consumption patterns from the overall population.

The Bureau of Labor Statistics (BLS) has an experimental elderly index that shows the current CPI actually understates the inflation rate experienced by the elderly. BLS also has done research that shows that the impact of substitution -the key issue with the chained CPI in which consumers substitute less expensive products and services during periods of inflation – varies for different demographic groups. This could mean, for example, that many people may have large opportunities to substitute to goods whose prices are rising more slowly.

However, the elderly with a consumption basket that disproportionately consists of housing and medical expenses may have fewer opportunities for such substitutions.

While this research, as well as the experimental elderly index, is far from conclusive, there is an obvious solution to anyone genuinely concerned about accuracy: have BLS construct a full elderly index. But talk of a full elderly CPI is strictly verboten among the macho men in Washington DC. They want to cut Social Security and they don’t have time for no stinkin’ research.

So there we have it: a Democratic president in the White House, along with many of the top Democrats in Congress, who is willing to give seniors a larger hit to their income than he is to the income of the wealthy. It sure makes you admire their toughness.

Plus, then we don’t have to speculate on whether the CPI or the chained CPI is a more accurate measure of their inflation rate.

Related Topics:MedicareSocial Security
Up Next

The Right to Be Poor: Matt Yglesias’ View of Minimum Wage Laws