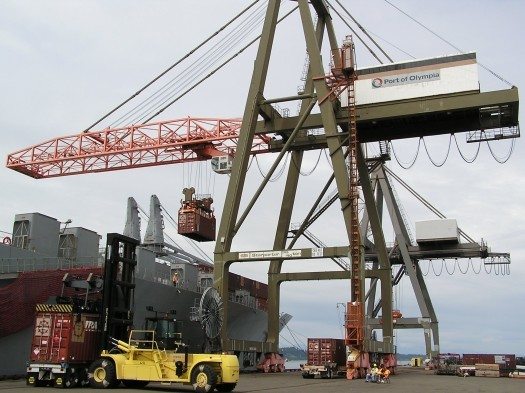 The Citizens Trade Campaign is coordinating efforts with labor, environmental organizations, health organizations and others to help persuade Congressional representatives of the need to opposed fast track authority for the Trans Pacific Partnership (TPP) agreement, which would cover 40 percent of the global economy between 12 nations, and is currently being negotiated in virtual secrecy.

And now the Administration wants to invoke a Nixon-era procedural tactic known as “Fast Track” that allows for only an up or down vote on the agreement. “Fast Track” allows the Trans Pacific Partnership and other trade agreements to be signed before the public sees any proposed texts and then rushed through Congress, bypassing ordinary Congressional review, amendment and debate procedures.

TPP is essentially NAFTA on steroids. We want a trade policy that creates jobs, protects the environment and promotes public health. Unfortunately, the legacy of recent trade agreements has been just the opposite and we don’t have confidence that the TPP is going to achieve these goals without Congress exerting its authority and exercising additional oversight over the negotiations.

We want Congress to deny any request for “’Fast Track” and intervene more in the TPP now, before the pact is signed and they are presented with a “take-it-or-leave-it” package that cannot be improved. Therefore, we are asking our Congressional representatives to do the following:

Leaked documents show that the TPP would grant corporations easier access to labor markets in countries such as Vietnam, where the average minimum wage is just a third of what it is in China. Other provisions would weaken environmental protections and extend monopoly drug patents for big pharmaceutical companies, making it harder for countries to produce or procure low-cost generic medications, and make it harder for countries to adopt and maintain strong food safety regulations. Finally, a dismantling of “buy local” preferences is also being advanced by large corporations.

We are in the process of setting up a series of congressional district visits during the current August recess to encourage Members to oppose Fast Track Authority. Please call your Member of Congress or write to inform urge them to publicly oppose Fast Track for the TPP.

(Lance Simmens is the California State Director for the Citizens Trade Campaign. His post first appeared on Labor’s Edge and is republished with permission.)

Related Topics:NAFTATrans Pacific Partnership
Up Next

The L.A.Times Misses the Bigger Picture