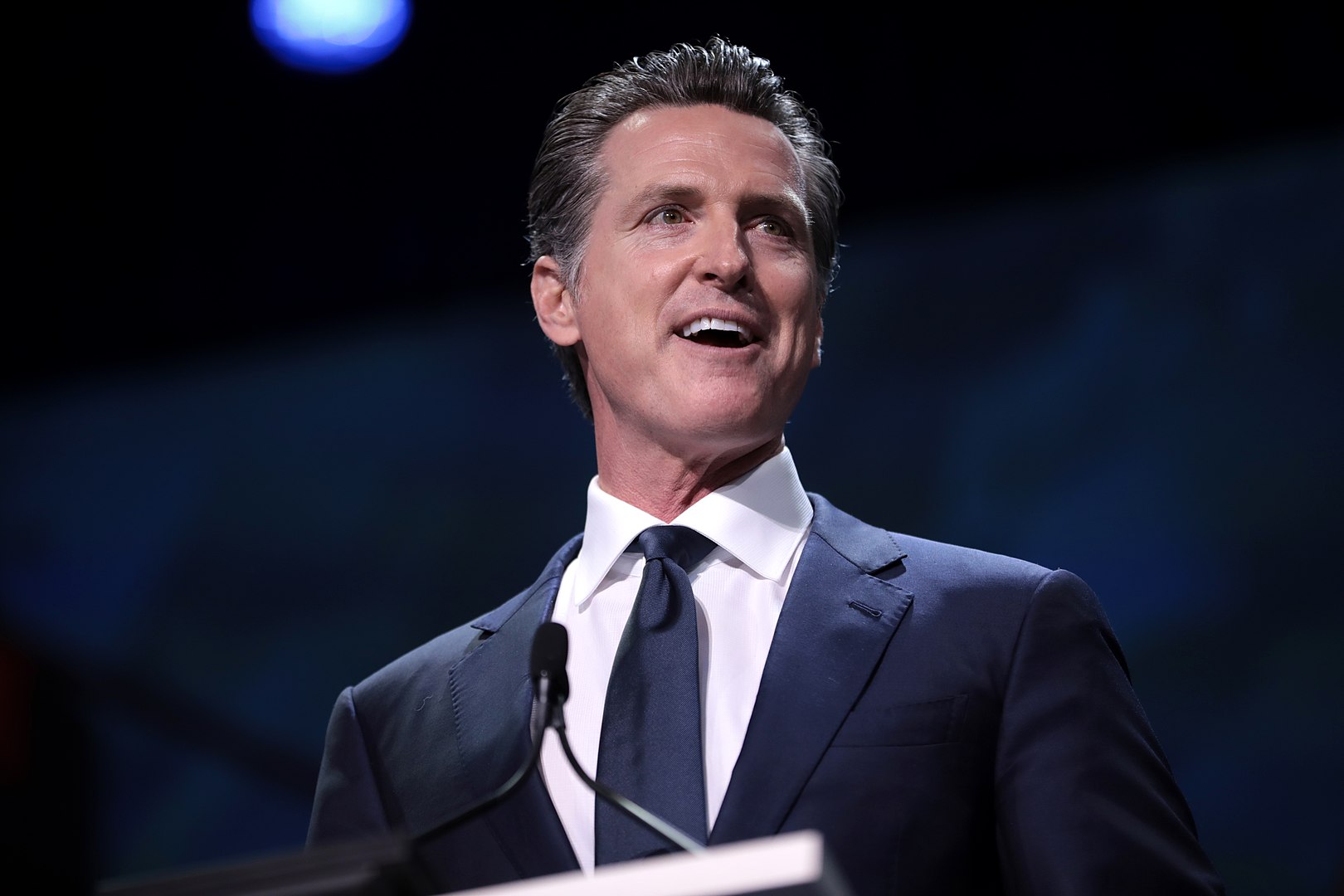 With a presidential election that features a Californian on the ticket, Golden State residents might be excused for not giving ballot measures – even one as consequential as Proposition 15 – much attention so far. But many progressives holding elected office in California have also conspicuously ignored this initiative, which would revise the California constitution to assess commercial property at a higher rate.

As of September 1, the Yes on 15 campaign boasted more than 400 endorsers, including county supervisors, mayors, city council members, members of the state assembly and senate, and school board members. Notably absent, however, are statewide elected officials, except for Sen. Kamala Harris and State Superintendent Tony Thurmond.

42 of California’s 45 Democratic U.S. Representatives
have not endorsed Prop. 15.

Also missing on the endorsement list are the state attorney general, secretary of state, 42 of the 45 Democratic U.S. representatives, and the Democratic mayor of San Jose, California’s third-largest city. True, it was never expected that the secretary of state and attorney general would endorse any ballot measures, to avoid the appearance of conflicts of interest. That’s because the AG might be called upon to defend any proposition that becomes law, while the secretary of state oversees the balloting and vote counting process. But the silence of others remains unexplained.

Capital & Main checked in with U.S. representatives from six of California’s most Democratic districts — Ted Lieu, Jimmy Gomez, Jared Huffman, Maxine Waters, Jackie Speier and Zoe Lofgren — but none responded to repeated inquiries. Senator Dianne Feinstein’s office also did not respond. A spokesperson for San Jose Mayor Sam Liccardo said that he was not likely to endorse Prop. 15 but would not provide a reason why.

Efforts to repeal all or parts of Prop. 13 have failed — sometimes stymied by Democrats, sometimes by Republicans.

Stack had a theory about Liccardo. “San Jose has wealthy companies sitting on prime real estate. IBM and Intel are legacy companies paying $150 per square foot when the going rate is many times that.”

Launched by businessman Howard Jarvis in 1978, Proposition 13 put a ceiling on property taxes, basing taxes on their 1976 assessed value and capping annual increases at 2 percent per year. It also prohibits reassessment of a new base year value except in a change of ownership, or completion of new construction. Supporters of repealing Prop. 13, or in this case one part of Prop. 13, say that wealthy corporations, unlike homeowners, shouldn’t be allowed to pay taxes at rates set decades ago, especially when municipalities are hurting for revenue.

Financed primarily by the California Teachers Association and other unions, Prop. 15 would amend the state constitution to create a so-called “split roll” that would raise taxes on many large businesses, but leave tax rates on homeowners, small businesses and agricultural land at current levels. (Disclosure: CTA is a financial supporter of this website.) The measure would also mandate reassessment of commercial properties at least every three years, at a rate determined by state lawmakers. Currently, commercial properties are not assessed at all unless there is change in ownership, new construction or the market value goes below the base year value.

“The No side says [Prop. 15] will drive out business and hurt jobs. I predict they will say, ‘First they come for the businesses, then they come for your homes.’ Those messages may be more resonant this year.”

An analysis by the nonpartisan Legislative Analyst’s Office estimates that Prop. 15 would raise anywhere from $7.5 billion to $12 billion annually. That money would go toward schools and communities strapped by the COVID-related economic downturn.

While noting the traditional restrictions on the attorney general and secretary of state, political analyst Sherry Bebitch Jeffe is cutting some nonendorsing Democratic officials a break. “The governor and lieutenant governor are pretty busy with crises at this time,” Bebitch Jeffe said, adding that Sen. Feinstein tends not to endorse state ballot initiatives.

One prominent statewide official, Controller Betty Yee, who cast doubt on Prop. 15 in May, is now endorsing it, saying that closing the property tax loophole would increase revenue for schools, and the fact that it wouldn’t take effect until 2022 would give the state “time to implement this well.”

“Proceeds from 15 will help local government and schools, and they need the revenue now. I understand it is not the best time, but there is no best time for this,” Yee said.

Opponents of Prop. 15 say the measure would raise taxes on business property, which would ultimately increase the cost of living. A study generated for the yes side, however, concluded that 10 percent of California’s most expensive commercial properties could, hypothetically, account for 92 percent of revenues generated by Prop. 15.

Yee said Prop. 15 would not impact most small businesses because of the exemptions in the bill and the fact that “small business owners are often lessees, not owners.”

“[Banks] just checking off the box where they held a seminar in a distressed area is not good enough.”

“I come from a small business background, and [those businesses] need stability,” Yee said, adding that she believes small businesses do need relief. “But we can get this [relief] from the federal government and the state.”

Yee added that, as controller, she would ask California CEOs to put capital in Community Development Financial Institutions to provide more lending capacity to struggling businesses, and she would ask traditional banks to lend more to impacted communities: “[Banks] just checking off the box where they held a seminar in a distressed area is not good enough.”

The Yes on 15 campaign said that recent internal polling showed 58 percent of California voters supporting the measure. Polling from the Public Policy Institute of California found support rising to 54 percent in April, the most recent results, from 49 percent last November. A simple majority is required for passage. But political analysts say that the issue may be hard to poll this year, with attention focused on a national race, a pandemic, high unemployment, a looming eviction crisis and, so far, a lack of TV and radio ads from both sides of Prop. 15.

Bob Shrum, director of the USC Dornsife Center for the Political Future, said he supports Prop. 15 but wonders whether the argument that the measure’s potential for driving out companies might carry more weight during a recession.

“The no side says it will drive out business and hurt jobs, and I predict they will say, ‘First they come for the businesses, then they come for your homes.’ Those messages may be more resonant this year.”

“We have a deficit, schools are bleeding money — everyone is bleeding money because of COVID. If you’re a Democrat and it’s a progressive measure, that means something to you.”

On the other hand, Shrum said, the yes side may have sway with its focus on money for schools, and if they ask, “Why is Disneyland paying essentially what it did, with small adjustments, before 1978?”

Efforts to repeal all or parts of Prop. 13 have failed in the legislature — sometimes stymied by Democrats, sometimes by Republicans. Supporters say the political winds have shifted, and that the revenue generated by Prop. 15 would be welcomed by most Californians. Which, if true, begs the question of why there are not more endorsements by Democrats in the state.

Both Shrum and Jeffe said that the conspicuous absence of some endorsements might not matter.

Brown quickly became an enthusiastic implementer of Prop. 13 after its passage, saying he was a “born-again tax-cutter” – and earning the moniker “Jerry Jarvis.”

“A political move hits at the right time,” Bebitch Jeffe said. “We have a deficit, schools are bleeding money, everyone is bleeding money because of COVID.” She added that repealing or adjusting Prop. 13 may have been the third rail of California politics for decades but might not be so now.

“It’s a more progressive state than it was in 1978,” she said. “Votes for propositions tend to break down along party lines. If you’re a Democrat and it’s a progressive measure, that means something to you.” Which if accurate would bode well for Prop. 15’s chances, regardless of a less than universal party endorsement.