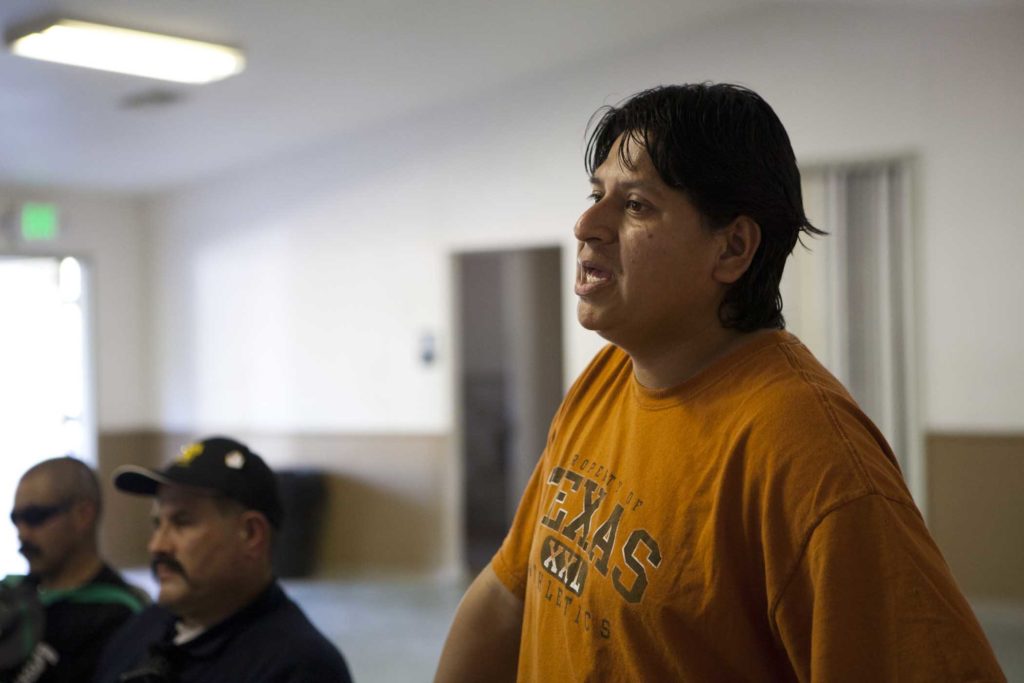 Unlike the Kelly Girls of years past,  today’s temp workers are just as likely to be hired to fill blue collar jobs as office positions, with one major caveat: the new “temporary” hires who pick crops, pack vegetables or clean hotel rooms can work at those jobs for years at the same company — and with little or no advancement. And, according to recent research, that’s exactly the way some of America’s largest companies like it.

The practice has become so pervasive that California Assemblymember Roger Hernandez (D-West Covina) is pushing forward a bill, modeled on similar laws passed in Illinois and Massachusetts, intended to hold companies accountable for serious violations of workers’ rights committed by their own labor suppliers.

“As new jobs are added to the economy, employers are utilizing the subcontracted model known as ‘perma-temps’ to avoid accountability in the workplace,” Hernandez said last week. “Many times, the employer and the staffing agencies are able to avoid responsibility to the worker, leaving the worker without any rights to hold either party accountable if a labor violation occurs.”

Since corporations that heavily rely upon outsourcing, such as Walmart and Taylor Farms, are not their own workers’ direct employers (the staffing companies are), they’re not held responsible for low wages or lack of employee benefits. This kind of “business outsourcing is on the rise,” says a report from the National Employment Law Project. The NELP study notes that many outsourcing practices “are the result of explicit employer strategies to evade labor laws and worker benefits.”

The Assembly is expected to vote on Hernandez’s bill this week. Although Assembly Bill 1897 embodies traditional Democratic Party values, including worker protections and corporate accountability, its approval by the heavily Democratic state Assembly is far from certain. That’s because its passage partly hinges on the votes of a group of Corporate Democrats. One key legislator is Fresno Assemblyman Henry Perea, the leader of an informal group of Democrats known as the Assembly Moderate Caucus. It isn’t clear how Perea will vote, and he declined to speak with Capital & Main for this article.

But Big Agriculture clearly is counting on Perea and other Democrats in its fight over AB 1897 – and has been since 2012, when Dave Puglia, the group’s senior vice president for government affairs and communications, announced that “The agriculture industry will be working closely with Asm. Henry Perea (Fresno), as well as a few other newly-elected Democratic members from Central Valley swing districts, to protect farmers from legislative overreach.”

For worker advocates, AB 1897 is hardly a case of legislative overreach, but a necessary move to protect the growing numbers of temporary workers in a wide variety of industries. They claim that the existing laws already on the books in California and most other states offer only limited protection — and in certain cases don’t cover all industries.

This week’s vote on AB 1897, which is sponsored by organized labor, has national implications for temporary workers and for income inequality. If the bill is adopted in California, it could reverberate nationwide, says Sarah Leberstein, a NELP staff attorney who co-authored its subcontracting report.

“For folks who care about labor conditions, that would be a critical step towards better protecting workers,” says  Leberstein.  Which is why it is being fought so hard by big business.

The California Chamber of Commerce has put the bill on its Job Killer list, and more than 50 other business groups have joined in opposing it – most notably the Western Growers Association and the California Farm Bureau Federation. The Chamber claims that adequate protections already exist to address any abuses and warns that AB 1897 will expand the threat of “onerous litigation” against businesses that routinely use contractors.

Passage of 1897 may well get down to how willing California’s legislators are to halt a trend that increasingly puts America at odds with other developed countries. As the NELP report on subcontracting points out, “Laws explicitly regulating outsourcing and use of temporary workers in the United States lag behind much of the rest of the world.”