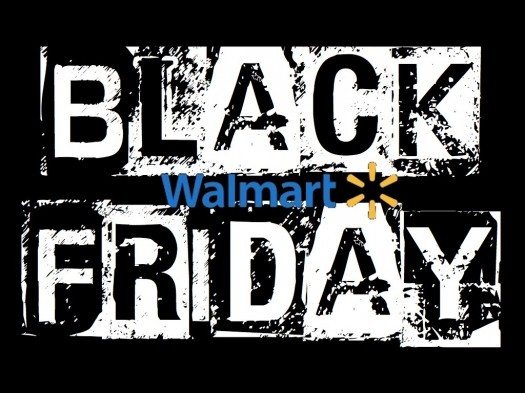 This Friday, the busiest shopping day of the year, tens of millions of Americans will travel to Walmart stores to look for holiday discounts on computers, toys and cell phones as well as to buy groceries and basic household items. But at more than 1,500 of Walmart’s 4,000 stores, shoppers will be greeted by Walmart employees handing out leaflets and holding picket signs — “Walmart: Stop Bullying, Stop Firing, Start Paying” and “We’re Drawing a Line at the Poverty Line: $25,000/year” — protesting the company’s abusive labor practices, including poverty-level wages, stingy benefits and irregular work schedules that make it impossible for their families to make ends meet.

The Black Friday rallies and demonstrations represent a dramatic escalation of the growing protest movement among employees of America’s largest private employer. But they also represent the vanguard of a sharp challenge to the nation’s widening economic divide and the declining standard of living among the majority of Americans.

National leaders and community groups from every corner of the country will join Walmart workers at protests leading up to and on Black Friday. Members of Congress, including Rep. Keith Ellison (D-MN); women’s groups including the National Organization for Women and environmental and consumer organizations such as the Sierra Club and the National Consumers League have all pledged support, saying that the Walmart workers’ fight is a fight for all Americans.

It is sometimes difficult to recognize historical events as they unfold, but it is likely that future generations will look at these Walmart protests as a major turning point that helped move the nation in a new direction, similar to the sit-down strikes among Flint auto workers in 1937, the Woolworth lunch counter sit-ins by civil rights activists in 1960 and the first Earth Day in 1970 that jump-started the environmental movement.

The swelling anger over inequality began with the Occupy Wall Street demonstrations in September 2011 and spread quickly from New York City to cities across the country. The Occupiers were soon evicted from the parks and other places they temporarily inhabited, but movement’s message has continued to resonate with the American public. Activists as well as many politicians and pundits have embraced its “one percent vs. 99 percent” theme, which has quickly become part of the Americans’ everyday conversations.

Public opinion polls reveal that a significant majority of Americans believe that there is too much power in the hands of a few rich people and corporations, that our political and economic system unfairly favors the wealthy and that wealthy people don’t pay their fair share of taxes. Surveys also document that Americans think that people who work full-time should not be trapped in poverty. A July poll conducted Hart Research Associates showed 80 percent of Americans back hiking the federal minimum wage to $10.10 an hour and adjusting it for the cost of living in future years. Not surprisingly, 92 percent of Democrats voice support for this proposal, but so do 80 percent of independents, 62 percent of Republicans, 75 percent of Southern whites and 79 percent of people with incomes over $100,000.

But public opinion alone doesn’t translate into changes in politics and public policy. For that to occur, people have to take collective action. The past year has witnessed a growing protest movement for social and economic justice. Workers at fast-food chains like McDonald’s, Taco Bell, Burger King and Wendy’s have mounted several protest actions, including a one-day strike at more than a thousand restaurants in over 50 cities in August, demanding a base wage of $15 an hour. A bold grassroots crusade is pushing for comprehensive immigration reform, energized by young activists who call themselves “Dreamers” and embraced by a growing number of business leaders and Republicans.

Environmental activists are waging multi-pronged protests to stop the Keystone pipeline and push universities to divest from major energy corporations that exacerbate global warming. Over the past decade and particularly during the last year, the campaign for gay and lesbian rights has transformed American culture, shifting public opinion and state laws about same-sex marriage and other issues.

Growing anger over gun violence, restrictions on voting rights and overseas sweatshops have triggered prayer vigils, rallies and civil disobedience, like the “Moral Monday” protests in North Carolina and the student sit-in at the Florida governor’s office. In Texas, North Carolina, Maine and elsewhere, women’s rights activists staged vigils at state capitals to protect women’s access to health care and reproductive freedom — and challenge those who are trying to shut down Planned Parenthood clinics. Across the country, homeowners facing foreclosure due to banks’ reckless predatory loans have linked arms and resisted eviction, while their community groups and unions push elected officials to hold major lenders accountable with fines, settlement agreements and jail time for top executives.

But no institution epitomizes the realities of hyper-capitalism as much as Walmart and so it isn’t surprising that the giant retailer has increasingly become the target of protests, not only by its employees but also by a broad coalition of consumers, community groups, unions and others.

Walmart — with 1.3 million employees in the U.S. and more than two million around the globe — has probably confronted more opposition on more different issues than any corporation in history.

But beyond these specific offenses, Walmart has become a symbol — and a major cause — of the nation’s widening gap between the super-rich and the rest. The company’s controlling family, the Waltons, have a net worth of more than $144 billion. This is more than the total wealth of 40 percent of all Americans — over 125 million people. Walmart CEO Michael Duke received over $20 million in compensation last year. Last year Walmart made $17 billion in profits.

Bill Simon, CEO of Wal-Mart’s American operations, recently told financial analysts that 475,000 employees make more than $25,000 a year. In doing so, Simon unwittingly confirmed that more than half and as many as two-thirds of the company’s American employees — as many as 825,000 workers — make less than that.

In what has become a major embarrassment for the company, the Cleveland Plain-Dealer reported that a Walmart store in Canton, Ohio, had organized a food drive, asking its own employees to donate to their hungry coworkers so they could afford a Thanksgiving meal. The store manager no doubt meant to help his employees, but for most Americans the food drive symbolized Walmart’s greed rather than its good intentions. The incident quickly became front-page news, an instant sensation on radio talk shows and on the blogosphere, the subject of editorial cartoons and the butt of jokes by Stephen Colbert and others.

Economists note that if Walmart paid its employees at least $25,000 a year, a million and a half workers would be lifted out of poverty. That would mean more money staying in communities to support local businesses, helping to create at least 100,000 new jobs.

Not surprisingly, a growing coalition of Americans have rallied behind Walmart workers not only to help them win better conditions at work but also to challenge Walmart’s and the Walton family’s political influence.

Over the past year, protests against the company have escalated, led by Organization United for Respect at Walmart (OUR Walmart), a nationwide network of Walmart workers. Last fall, the group announced that it would hold rallies outside Walmart stores in dozens of cities on Black Friday. In response, Walmart executives threatened disciplinary action against workers who participated in rallies and strikes, even though they are perfectly legal.

Speaking on national television, Walmart spokesperson David Tovar threatened workers, saying that “there could be consequences” for employees who did not come to work for scheduled shifts on Black Friday. Despite the threats, several hundred Walmart workers joined tens of thousands of supporters at the Black Friday protests around the country.

In June, over 100 striking Walmart workers, along with allies from labor, community and faith-based groups, trekked to Wal-Mart’s annual shareholder meeting in Bentonville, Arkansas, the company headquarters, to tell shareholders about the company’s abusive practices. When these workers returned to work, Walmart — hoping to knock the wind out of the sails of the growing movement — systematically fired at least 23 workers and disciplined another 43 employees despite their legally recognized, protected absences.

Earlier this month Walmart workers won a big victory when the National Labor Relations Board ruled that the retail giant had broken the law by firing and harassing employees who spoke out. The federal agency will prosecute Wal-Mart’s illegal firings and disciplinary actions involving more than 117 workers.

The ruling couldn’t have come at a better time, just as Our Walmart was gearing up for another — and much larger — wave of protests this Friday in what is likely to be one of the largest mobilizations of working families in American history. In anticipation of Friday’s actions, workers and community supporters recently staged a two-day strike that culminated in the largest-ever act of civil disobedience against Walmart. Last week, Walmart workers in Seattle, Chicago, Ohio and Dallas walked off their jobs in solidarity. This week, they were joined by Walmart workers in Washington, D.C., Miami, Tampa and Minneapolis.

Walmart workers have escalated their online organizing and community outreach ahead of Black Friday, allowing customers and community members to join the fight for $25,000 and an end to illegal retaliation against employees who raise their voices against company practices. Chicago worker Charmaine Givens-Thomas launched an online petition asking President Obama to meet with Walmart workers, which currently has more than 100,000 signers. Individuals can sponsor a Walmart striker online.

Friday’s rallies by Walmart workers and their community allies are planned for more than 1,500 stores in dozens of cities, suburbs and small towns. Those interested in joining them can find out the location of the nearest demonstration at BlackFridayProtests.org.

This crescendo of conscience has put Walmart on the defensive. Its latest television ads aren’t pushing consumer goods but instead seek to persuade viewers that Walmart is an ideal employer. In recent years, the company has spent hundreds of millions of dollars in philanthropy, hoping that its charitable giving to food banks, homeless shelters and various nonprofit groups will cleanse its image as a corporate predator.

But Walmart’s propaganda campaign doesn’t seem to be working. As Black Friday approaches, calls for change at Walmart continue to grow louder. Many unlikely suspects have jumped aboard the anti-Walmart train. Demos, a nonprofit research group, released a report this week finding that Walmart could easily pay every employee $14.89 without raising prices by simply not buying its own stock to further enrich the Walton family. Even Fortune magazine — hardly a radical rag — recently observed that “Walmart can afford to give its workers a 50 percent raise,” without hurting its stock value. Writing in the Wall Street Journal on Sunday, Al Lewis chided Walmart for paying its employees “always low wages,” in turn “creating a growing class of working poor.”

This year, the day after Thanksgiving will be remembered not as the biggest shopping day of the year, but as the day Americans took action to demand that Walmart, the country’s largest employer, pay workers livable wages and play a part in improving our economy.

Last Day to Shop for a Union Feast!