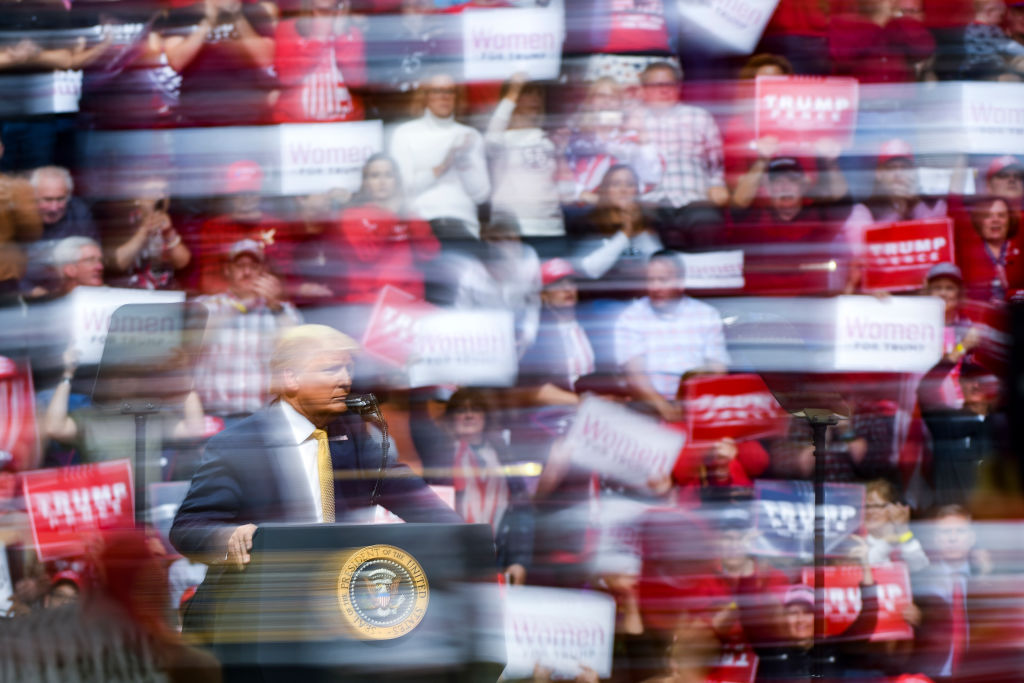 All but two states saw a decline in growth of real median household income under Trump — including Pennsylvania, Wisconsin, Michigan, and Florida, four states widely regarded as the key electoral battlegrounds that will likely determine the 2020 presidential election.

“Despite what we heard at the State of the Union, the truth is that this economy is not performing well for most Americans,” says Thea Lee, president of the Washington, D.C.-based Economic Policy Institute (EPI). “At this point in the business cycle, wage and income growth for working households should be accelerating, not slowing.”

The new findings — from an EPI and Capital & Main analysis of the most recent U.S. Census data — offer a stark departure from Trump’s characterization of how well middle-class Americans are faring as the country heads into the thick of its primary season. In his State of the Union speech last month, he declared his economy to be “the best it has ever been.” In fact, the analysis found that:

Our analysis compares two periods of economic expansion: Obama’s last two years in office (2015 and 2016) to the first two years of the Trump presidency (2017 and 2018). In each case, the income reported in the prior years (2014 and 2016) serve as base years that allow us to measure growth over the subsequent years.

Presidents often claim too much credit and take too much blame for the country’s economic performance, economists agree. Indeed, David Cooper, a senior analyst with EPI, who led the analysis of Census data, says that Obama benefited from a prolonged low rate of inflation during the last two years of his presidency. A low inflation rate makes it easier for households to stretch a dollar to cover basic necessities.

But, economists also say Trump has squandered opportunities to support greater gains for middle-class families, and, in some cases, he has backed policies that have worked counter to their interests.

“An infrastructure bill would clearly have [had] a marked impact, especially on middle-level jobs,” says Mark Muro, a senior fellow at the Brookings Institute’s Metropolitan Policy Project. “Manufacturing is going in the wrong direction. I think there are all kinds of policy opportunities that have not been exploited.”

Muro sees some warning signs for 2020, such as the manufacturing recession and uncertainty over trade due to the lingering effects of the trade war and now the coronavirus, which has sickened tens of thousands of people in China and shuttered factories. Factory production in the U.S. shrank by 1.3 percent in the past year, according to the Washington Post.

EPI’s Lee argues that Trump has taken steps that have hurt the middle class, including the 2017 Tax Cuts and Jobs Act and the overturning of regulations like overtime protection that shore up workers’ paychecks. “The current administration’s focus on cutting taxes for the wealthy, expanding tax incentives for outsourcing, and undercutting workers’ rights has left ordinary working households in most states barely gaining ground,” notes Lee. 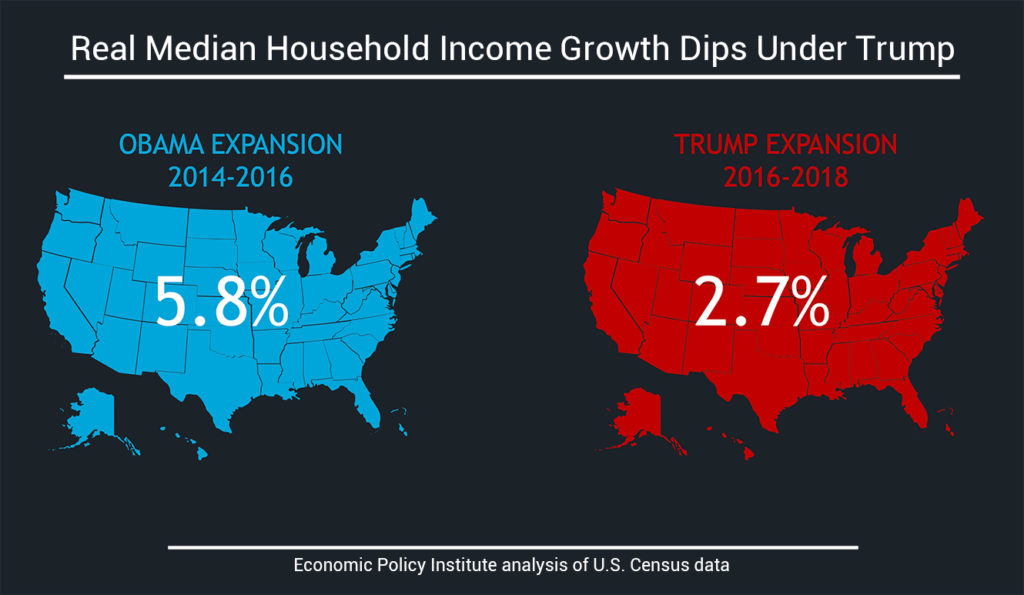 Trump has claimed that real median household income growth during his presidency vastly exceeds growth under the Obama presidency, an assertion that relied on research from Heritage Foundation fellow Stephen Moore, a former Trump campaign advisor.

Moore used as his starting point 2009, thereby saddling Obama with the consequences of the recession he inherited. Given the severity of the Great Recession, household incomes continued to plummet for two years after it ended in June 2009.  In addition, Moore drew his data from a private data firm, Sentier Research, which uses smaller sample sizes than the U.S. Census to generate monthly and more current estimates of household income.

EPI’s Cooper attributes the comparatively weak wage growth to “slack in the labor market,” as well as to lower unionization rates, the weakening of safety net programs, and trade policies that have encouraged offshoring of work, among other factors. “Employers have greater leverage to hold down wages now than they did during previous periods,” notes Cooper.