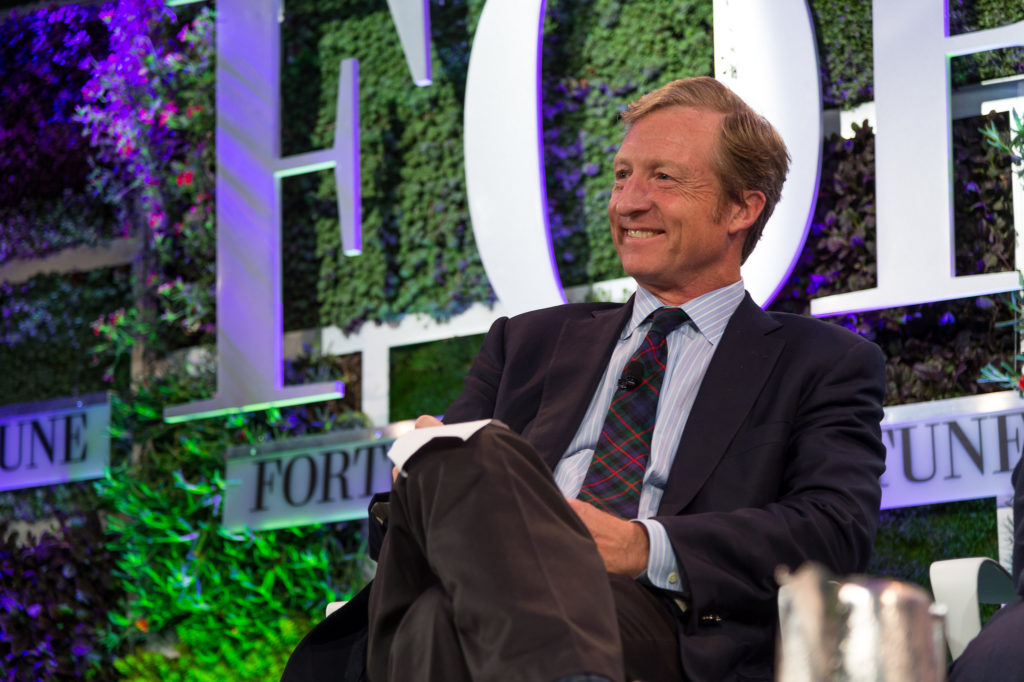 Tom Steyer at the Fortune Brainstorm Green conference in 2013. Photograph by Stuart Isett.

Tom Steyer has been one of the Democratic Party’s biggest financial supporters. He made his fortune in the investment world, and has spent tens of millions of dollars to support Democratic candidates, as well as to support efforts to reverse climate change. Lately, he has made headlines with a new project – a campaign to impeach Donald Trump. The campaign is called Need to Impeach, and can be found at www.needtoimpeach.com.

Capital & Main’s David Sirota recently spoke to Steyer about his impeachment campaign, America’s divided politics and the role of money in politics.

Related Topics:Donald TrumpTom Steyer
Up Next

Infographic: Charter School Money is Pouring into the California Election