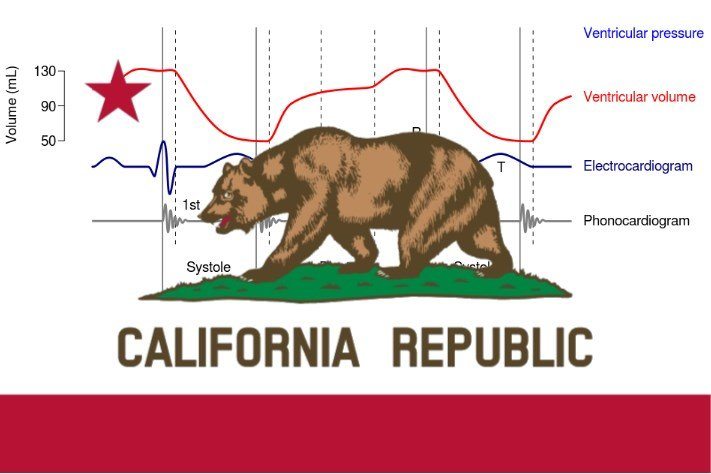 As Sacramento shifts into its August overdrive this week, three key health care reforms have been attracting fierce lobbying attacks by business interests and the hospital and health insurance industries, to keep them from advancing out of the Senate Appropriations Committee for floor votes. August 31 is the deadline for the full Assembly and state Senate to pass any bills destined for the governor’s desk.

AB 503, the proposed hospital charity care law, introduced by Assemblymen Bob Wieckowski (D-Fremont) and Rob Bonta (D-Oakland), and co-sponsored by the California Nurses Association (CNA), the Greenlining Institute and California Rural Legal Assistance (CRLA), would bring California into line with the Affordable Care Act (ACA) as far as how private nonprofit hospitals live up to their community benefit obligations, as well as add what the lawmakers maintain is a much needed level of transparency to the sometimes sketchy methodologies and liberal accounting practices tolerated under current state law. (The CNA is a financial supporter of Capital & Main.)

That, says Ruth Milkman, a sociology professor at the City University of New York Graduate Center and an author of the Connecticut study, isn’t exactly the case.

“Our research is quite consistent with the findings that other people have done in the [other] cities,” Milkman told Capital & Main. “In virtually every case, regardless of the details of the law . . . the alleged impact on business — that this somehow kills jobs — is not borne out by experience.”

Currently, about six million California workers – nearly 40 percent of the state’s workforce – are denied paid sick leave. Many of them are concentrated in the low-wage restaurant, fast-food and retail industries, where contact with customers poses a public health safety concern. The bill would require California employers to give paid sick leave to employees who have worked at the job for at least 90 days, but allow employers to cap each worker’s total sick time at three days — half of what the San Francisco ordinance requires for large employers.

“We wanted a measure that was as manageable as possible,” Gonzales explained to Capital & Main. “We wanted to make sure that as many workers as possible are covered, including workers in small businesses. So we wanted a standard that we thought nobody could really argue against. You know, a three-day standard is very mild. But it’s a good minimum.”

The Assemblywoman noted that part of the bill was inspired by conversations she had with workers already covered under collective bargaining agreements.

“You’d say, ‘What do you like best about your union?’” Gonzales recalled. “And time and time again, if you’d get a mother, she’d say, ‘I like having paid days off. I can take my child to the doctor when they’re sick — I can pick them up from school.’”

CHA was instrumental in killing last year’s version of the bill, AB 975, and maintains that the new bill is even worse. “The minor differences in AB 503 are even more harmful than last year’s bill,” declared CHA President/CEO C. Duane Dauner in a March press release, “because they would cripple community benefit programs provided by nonprofit hospitals in diverse communities across the state.”

“The industry is trudging out the same unsupported arguments as last year,” Assemblyman Wieckowski told Capital & Main. “It is still proclaiming the sky will fall if this common sense bill is approved. The bill provides for local stakeholder input in community benefits planning and for penalties if hospitals fail to meet the reporting requirements. It will shine a much-needed spotlight on the actual amount of community benefits going to California’s low-income communities.”

Such transparency is long overdue, says Lauren Valdez, a Summer Health Associate and researcher at the Greenlining Institute. Valdez has been updating last year’s Greenlining study that questioned whether California’s biggest not-for-profit hospital systems were meeting the “community benefit” requirements mandated by their tax-exempt status.

She told Capital & Main that her new study, which looks at three San Francisco hospitals, suggests that the majority of the community benefit write-offs actually go towards charity care or the unreimbursed costs of Medi-Cal or Medicaid or subsidized health services.

“For example,” she explained, “when a hospital like St. Mary’s in San Francisco says, ‘We give away $51 million in community benefits,’ when you look that more closely, the majority of that money — over 80 percent of it — is going to that subsidized cost of health care.” The problem with that, she adds, is that there’s no relationship between the actual cost of care and the amount charged.

It’s a lesson that Valdez recently learned first-hand following surgery for thyroid cancer when she received a $72,000 bill for one day’s room and board — not including the surgery itself. What her insurance actually paid, she said, was closer to $6,000.

“Hospitals kind of make up those numbers to give themselves more leverage when they’re negotiating with insurance companies,” Valdez explained. “And it’s really scary, with community benefits, that when hospitals say, ‘Hey, we gave away millions of dollars in care,’ that we don’t know if those numbers are real or what they’re even based on.”

“Taxpayers are giving these nonprofit hospitals over a billion dollars in subsidies as a result of their tax-exempt status,” adds Wieckowski, “so it is appropriate that we add more transparency and accountability to determine the level of community benefits and charity care we are receiving from them.”

Those trade lobbies and others have claimed that expanding out-of-network access for patients would act as a disincentive for providers to sign up with networks and is largely unnecessary since current law already requires timely access to non-emergency care.

Not so, counters registered nurse and CNA president Deborah Berger, who says that the bill addresses a very real need that arose with implementation of the ACA.

That lack was most dramatically brought to light last year when Kaiser Permanente was slapped with a $4 million fine by the state’s Department of Health Services for providing inadequate access to mental health services. “People were waiting three or four months,” says Berger, “or were channeled into group appointments that really don’t adequately address the needs of some of the patients that were maybe suicidal or [had] other serious mental health issues that need to be addressed in one-to-one appointments.”

The need for the law is very genuine, Berger stresses, adding that aside from mental health, the most critical at-risk areas include children’s services and pediatrics, oncology services and gerontology.

For his part, Ammiano says, “I’m trying to make sure that people are getting the care they need under their insurance . . . . If people with insurance find their networks are so small they can’t get care or have to pay huge amounts out-of-pocket, that’s almost the same as not having insurance. We need to be doing what we can to fulfill the promises of affordable care.”

Plastic Bags: Blowing in the Wind No More?