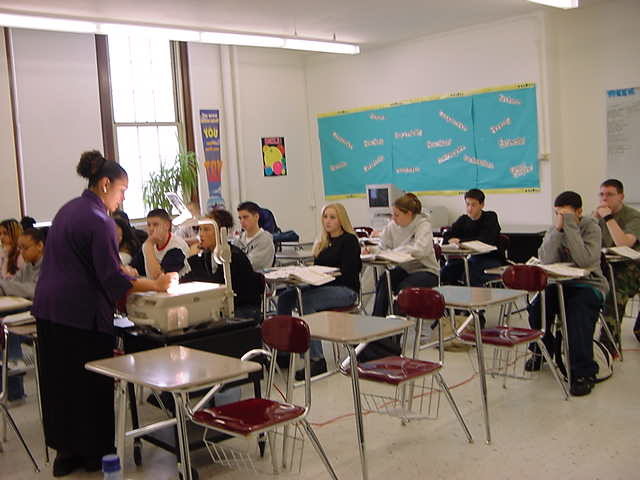 Aimee Roylance was thrilled when her son was accepted into Livermore Valley Charter School in 2010. The traditional public schools in their part of the Bay Area were cash-strapped and struggling, and the K-8 charter school, with a waiting list 300 kids long, was known to be an excellent alternative. Sure enough, her son thrived at Livermore Valley, thanks to its diverse programming and strong leadership of its well-liked principal. Eventually, Roylance enrolled her younger two children at Livermore Valley, too.

“The experience overall was very positive,” she says. But she didn’t know what was going on behind the scenes.

She first heard inklings of financial and management troubles at the school early this year. Curious, she used her real estate background to look up the tax status of the land parcels on which the school sat – and found the charter was months behind in payments. Soon, Roylance and other parents were packing board meetings of the Tri-Valley Learning Corporation, the nonprofit that operates the school, demanding answers that didn’t come. Board members, Roylance claims, refused to address their tax troubles, release budget information or explain how they were using public funds. The board limited public comment at its hearings, changed meeting locations and released only snippets of pertinent financial documents, says Roylance. Livermore Valley didn’t return a request for comment by press time, but the charter school’s troubles have continued to mount: Tri-Valley is now under investigation by the Alameda County District Attorney for fraud, mismanagement of its foreign exchange program and child endangerment.

Roylance isn’t alone in such beliefs. An alliance of teachers, community activists and state officials is advocating that California’s charter school industry – the largest in the country, with more than 1,200 charter schools statewide – be held to the same accountability standards as traditional public schools. It’s calling for the passage of Assembly Bill 709, which would require charter schools to follow open-records and open-meeting laws, and disclose how they use taxpayer funds, as well as to prohibit charter board members from profiting from their schools. Currently, that bill sits on the desk of Governor Jerry Brown, who launched two charter schools while mayor of Oakland and has a history of opposing new charter regulations. But maybe, hope activists, with scandals and public outcry mounting, California’s charter schools are ready to be held accountable.

When the first charter school law passed in Minnesota in 1991, the idea was that these independently run schools would boast increased inventiveness and accountability, since they’d be run by parents, teachers and community members who’d have the students’ best interests at heart. But as the charter movement spread across the country, for-profit enterprises saw the potential for tapping into the $620 billion the United States spends on elementary and secondary schools without the regulatory restrictions placed on traditional public schools.

“Charter schools were originally a union concept,” says Eric Heins, president of the California Teachers Association. “We’d create these laboratory schools, exempt from the usual restrictions — then if we see things work, we’d scale them up to the traditional system. But they have become co-opted by a for-profit industry and backed by this small cabal of billionaires.” (Disclosure: CTA is a financial supporter of this website.)

“Does Jerry Brown want his legacy to be the anti-democratic privatization of our public schools?”

Since these charters are exempt from most school district laws, there’s nothing on the books compelling them to abide by California’s open-meeting and open-records rules. And these days, California is being singled out for lax oversight of its booming charter school industry. “I came away appalled,” says Carol Burris, executive director of the New York-based Network for Public Education, after a recent fact-finding trip to the state for a four-part series she’s writing on the state of charters in California. “I was really taken aback by how unregulated charters are in the state.”

Part of the problem, says Burris, is Governor Brown’s pro-charter stance; last year he vetoed a bill that would have banned for-profit charter schools in the state, a restriction that even many charter school advocates support. Another factor, says Burris, is that the California Charter Schools Association, which did not respond to a request for comment for this article, has become a powerful lobbying force against many reforms, thanks to major funding from deep-pocketed charter advocates.

Charter critics contend that the absence of regulations contributes to the scandals that have plagued California’s charter schools, including:

Last year, a report by the Center for Popular Democracy, the Alliance of Californians for Community Empowerment Institute and Public Advocates Inc. concluded that charter school fraud and mismanagement had already cost California taxpayers more than $81 million. And last month, the American Civil Liberties Union of Southern California and Public Advocates reported that more than 250 California charter schools – one-fifth of the state’s total – violated state law by excluding low-performing and other potentially undesirable students. In both reports, authors concluded that because of minimal oversight, such misconduct findings are likely to be “just the tip of the iceberg.”

Such troubles don’t just generate headlines; they impact students, says Sarah Vigrass, a longtime K-8 teacher at California Virtual Academies (CAVA), the state’s largest online charter school. In July, K12 Inc., the Virginia-based for-profit that manages CAVA, agreed to a $168.5 million settlement with California in the wake of a state Attorney General probe and a Mercury News investigation into whether the company had manipulated its success rates and attendance records. According to Vigrass, over the years she’s seen K12 reduce the quality and quantity of education materials it provides to its students – but she and her colleagues have no way of knowing why that might be happening.

“We are a public school and information should be easily accessible on our budgets and our school board meetings, but you can’t find anything online,” she says. “The board meetings are really very closed, and sometimes they are just a phone call. It’s really hard to find information on where the money is going.”

Additional transparency, says Vigrass, would pressure “the school [to] refocus its resources on the students and not play fast and loose with its finances. A great percentage of our money goes to a for-profit company in Virginia. I would [prefer] to keep resources here in California.”

Mother: We are a public school and information should be accessible, but you can’t find anything.

It’s why a coalition that includes the California Teachers Association, State Treasurer John Chiang, Assemblyman Mike Gipson (D-Compton) and various school administrators and civil rights activists spoke out at a media teleconference call two weeks ago in favor of AB 709. There are signs that the group has public support on its side; a 2015 poll of 700 California voters by the research group In the Public Interest found that roughly 90 percent of respondents wanted charter schools to hold open board meetings and release financial information to the public.

The fact that California’s largest teachers union is among those leading the charge on AB 709 and also recently launched a Kids Not Profits charter reform campaign, is noteworthy, says Julian Vasquez Heilig, a professor and director of the doctorate of educational leadership at California State University, Sacramento. “The unions have for a long time stayed on the sidelines on this issue in most states,” he says. “That’s because their strategy was trying to unionize charters one by one. But they realized this is a growing issue and they have taken a stronger stand for transparency and accountability.”

Now, says Vasquez Heilig, the ball is in Governor Brown’s court: “Does he want his legacy to be the anti-democratic privatization of our public schools?”

Whatever Brown decides to do about charter school transparency, it won’t impact Aimee Roylance. A week before school started at Livermore Valley Charter School this year, she pulled her kids from the charter and enrolled them in a traditional neighborhood school. It wasn’t easy, she says, leaving behind the school they’d loved, it wasn’t easy leaving the fight to make the school better. But there were just too many unknowns about what the future would hold for her kids at Livermore Valley, and no easy way for her to find out the truth.

Related Topics:AB 709charter schools
Up Next