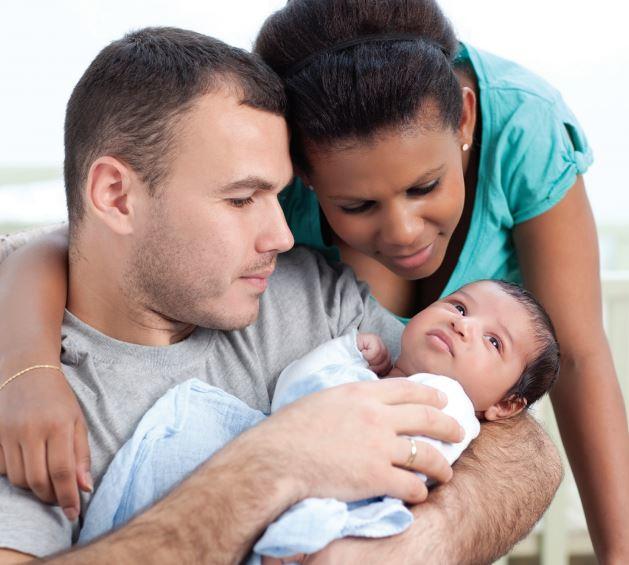 In February 2005, Patti Phillips sat by her daughter’s bedside during the weeks before Stephanie Phillips died of bone cancer. Patti was able to be at her daughter’s side the day she died because of the federal law that allows millions of Americans to take family leave without risking their jobs. “You want to be there with your child…. and you don’t want to worry about your job,” said Phillips, 49, an inventory specialist at Coca-Cola in Atlanta. “The law gives you peace of mind.”

This week will mark 20 years since the Family and Medical Leave Act (FMLA) was signed into law by the newly inaugurated President Bill Clinton on February 5, 1993, after years of bitter opposition by the Chamber of Commerce and other business lobbies. Clinton said that it was time for employers to make basic commitments to American workers so that during those critical times when we must put our family’s health first, we shouldn’t have to give up our livelihood — and job — to do so. He claimed that, “we all bear the cost when workers are forced to choose between keeping their jobs and meeting their personal and family obligations.” The new law, he said, would mean that “American workers will no longer have to choose between the job they need and the family they love.”

The FMLA assigned a simple responsibility to businesses with more than 50 employees: Give workers 12 weeks of unpaid leave per year to care for a new baby or ailing family member and let them return to their job. Unfortunately, since it didn’t provide paid leave to workers, millions who were eligible weren’t able to take advantage of the new law because they couldn’t afford the loss of income.

It was, though, a hard-fought and vitally important first step. For millions of workers it has been, and continues to be, a godsend. Workers who used family leave returned to their old jobs and picked up where they left off in skill, earnings and experience; better off economically and with a stronger resume. They faced fewer bankruptcies and relied less on public assistance programs.

Before the law finally passed, business lobbies including the Chamber of Commerce and the National Federation of Independent Business had successfully defeated family leave bills in Congress for almost a decade. They predicted the worst, calling it a job killer, an assault on freedom, and an unnecessary government intrusion since businesses know what’s best for their workers.

Virginia Lamp (later to become Virginia Thomas after marrying Supreme Court Justice Clarence Thomas) of the Chamber of Commerce called it a “dangerous precedent.” Chamber president, Richard Lesher, argued that “most people don’t want the federal government to be their personnel administrators.” John Sloane Jr., president of the National Federation of Independent Business called family leave benefits “the greatest threats to small business in America.” Rep. Cass Ballenger (R-NC) described it as “nothing short of Europeanization — a polite term for socialism.”

Future Speaker of the House of Representatives, John Boehner (R-OH) complained that the legislation would “be the demise of some [businesses].” “And as that occurs,” he continued, “the light of freedom will grow dimmer.”

But by 1990 the new reality of families with two working parents and millions of single parent households produced enough pressure on Republicans that the FMLA passed with bi-partisan support. Nineteen Senate and 40 House Republicans voted yes.

Two states have already taken the extra step to create paid family leave laws so workers don’t have to choose between getting paid and taking family medical leave.

In 2002, California was the first state to create a paid family leave insurance program.

The Chamber of Commerce lobbied vigorously to kill the bill but was unable to stop it. Chamber President Allan Zaremberg described the leave law as a coming disaster for business. “We’re opposed to a lot of bills, but this is one of the worst,” claimed Zaremberg. A lobbyist for the National Federation of Independent Business predicted “If it becomes law, it will be the biggest financial burden for small businesses in decades.”

Now after 10 years and 1.4 million leave claims paid, an extensive survey of employers and employees by sociologist Ruth Milkman and economist Eileen Applebaum found that the California law didn’t turn out to be the costly “job killer” that business lobbies warned about. In fact, the survey found the leave law actually helped employers with reduced turnover and increased employee loyalty while helping families meet the challenges of working and caring for their children. And research clearly shows that babies do better when their parents can stay home with them for their first few months.

New Jersey passed a paid family leave law in 2008 that offered six weeks off for employees to care for a sick child or parent at two-thirds salary, paid for by a payroll tax. Business lobbies claimed that it would destroy businesses and send them fleeing to fleeing to other nearby states. Employees, they claimed, would abuse the system.

Some claimed it was un-American. Steven Lonegan, then-mayor of Bogota, New Jersey and executive director of the New Jersey chapter of Americans for Prosperity called it a “… socialist diktat takes feel-good politics to a new level. The basic argument for this socialist propaganda is the necessity for Big Brother to subsidize an army of breastfeeding single mothers.”

As it turns out, New Jersey’s paid family leave has been working just fine; 100,000 working people — the vast majority women — have taken advantage of the program in the last three years. Two years after the program began the leave fund had a surplus causing a reduction in the payroll tax. And employers found real benefits too. Caliper Corporation CEO Herb Greenberg called it a “win-win situation” that benefited his workers and his business, noting that 20 of his 22 employees who have taken family leave have returned to work for him.

Despite the Chamber’s consistent opposition, the Family and Medical Leave Act is a popular law that even conservative Republicans lawmakers have a hard time opposing. In 2008, the FMLA was expanded to allow family members of wounded, ill, or injured service members and veterans to take unpaid leave to care for them. In 2009, the law was extended to cover flight attendants who had been exempted in the 1993 law. The House of Representatives voted unanimously for the expansions.

Efforts are now underway to take important next steps to enact paid family leave policies that would allow millions more workers to afford to take time off during those critical family situations. The Chamber of Commerce will likely again claim the sky will fall. The difference is that now an overwhelming majority of Americans support the 20-year old law that’s good for families, good for employers and good for the economy.

President Obama during his 2013 inaugural address proclaimed that “The commitments we make to each other–through Medicare, and Medicaid, and Social Security–these things do not sap our initiative; they strengthen us. They do not make us a nation of takers; they free us to take the risks that make this country great.”

Paid family leave also wouldn’t make us a nation of takers, but rather a nation of makers — of family, of community, of health and ultimately of prosperity. It strengthens our families, makes us more independent and more able to lift ourselves back up after hard times. And most importantly it makes it possible for Americans to carry out the most meaningful and important of our personal responsibilities — to care for the health of our families.

(This feature first appeared on Huffington Post and is republished with permission.)

The Calculus of Organizing: A Strategy To Win