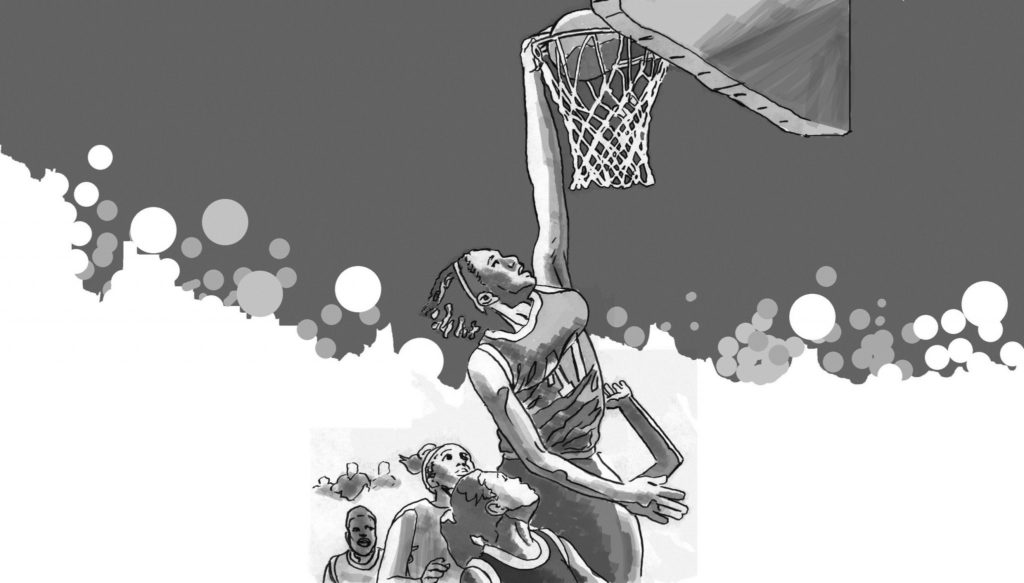 “That can’t be,” Alma Gutierrez said, shaking her head.

“Why not?” Hank Dixon shot back. “It makes money for the university and they get to, you know, what do you call it they do in college … field work, I guess you’d say.”

The two were standing in the laundry room of the Eden Arms. Dixon was installing a new drive belt on one of the dryers. She’d been walking by and he’d called her inside. The handyman continued, “Look, I’m not saying this is for sure, since it comes secondhand.”

“But this man, this gambling friend of your nephew is a lawyer?” The widow Gutierrez didn’t approve of card playing or betting on the horses. Her deceased husband had a gambling habit and more than once had lost the rent money chasing the ponies or doubling down in blackjack.

“Yeah,” Dixon answered while continuing his repair work. “Little Joe talked to him, Vic his name is, about what we’re going through, and he made a couple of calls. Vic’s got all kinds of connections from where he used to work.”

The older woman crossed her arms as if warding off a blast of cold air. “So this is not a certain thing?”

“No, but I’m going to check it out with Juanita. See what she can dig up.”

“A detention center,” she said sourly.

Using a box wrench, Dixon tightened the brackets holding the motor. Then with his index finger he pushed on the drive belt he’d just installed to check the tension. He said, “Not just a normal kind is what Vic told Little Joe. The way he hears it, and he admits he hasn’t confirmed this yet, but the idea is to build an illegal-immigrant detention place that would be a model for the nation. Classes for the kids, psychological counseling, that sort of thing. The university would train the staff.”

“The politically correct phrase is ‘undocumented,’ Hank,” she said with a trace of a smile. “And what’s with this psychology? Some head doctor with a ten-cent degree going to tell the poor woman from Sinaloa with the two kids her problem is she’s not self-motivated?”

Dixon lowered the hinged top of the dryer, which opened like a car’s hood. “Supposedly this is going to be something built with private money.”

Gutierrez said, “By one of those companies building private prisons, I bet.”

“Could be. Now if that is the case, we might raise a ruckus around that. Those outfits have shady records. Embarrass the university.”

Wiping his hands on a rag, Dixon said, “Then I better get to finding out, Alma. The fight’s just starting.”

“Good work, Shawna,” Little Joe shouted from the sidelines to his power forward as her shot swished through the net. “Rebound, rebound,” he coaxed as the game clock wound down from fifteen seconds. The Waterston Center’s team, the Wagonwheels, nicknamed the Wa-Was, were down by a single point.

“Darren, hustle,” Little Joe said as the other team, the politically incorrectly named Sultans, got the rebound. Their star guard, Hugo Morales, had the ball and was charging toward the basket. But as he did a crossover dribble darting to his left, Wa-Wa Stevis Farmdale got his hand in and stole the ball.

“That’s it, man,” Little Joe yelled and jumped, then ran along the sidelines. Stevis Farmdale passed the ball to his teammate, Darren Smallwood, who was heading toward the opposition’s basket. The Sultan center Wayne Brewer was there alongside him. Taller and heavier, the Brewer kid got an arm and hand up to block Stevis’ shot as he went up. But having anticipated this, Stevis twisted in mid-air and, underhanding the ball, came up and under Brewer’s arm and released it.

All eyes were on the ball as it circled the rim of the basket as the buzzer sounded. Little Joe momentarily closed his eyes, as if sending up a silent prayer. The ball seemed to be orbiting off the rim but rocked the other way and dropped through. The Wa-Was, their relatives and their friends went wild in the gym.

Some thirty minutes later, as the gym cleared out, Little Joe was pleasantly surprised to encounter Dr. Carmen Vaughn. “You got my message,” he said.

“Yes. And I think I have a source, a way to obtain the money for DeMarkus to get him out from under.”

She fixed him with a Cheshire grin. “Of course, Joe. Didn’t Marx teach us that money is the measure of the value of commodities?”

He raised an eyebrow, realizing it was probably him being the commodity in this potential exchange.

Working a double shift to keep pace with the Christmas shopping crush, Jess Dixon looked up from loading a toaster in the shape of Darth Vader’s head into an open box on the conveyor belt. Somebody nearby was shouting above the constant hum of the machinery.

“That’s it, I can’t take this shit no more.” Mike Reese, one of her fellow workers, usually a mild-mannered man, was standing atop a table and holding aloft a plastic pitchfork from a children’s farm set.

“Burn this mother up!” he screamed. “Shut Christmas down!” He then repeated over and over.