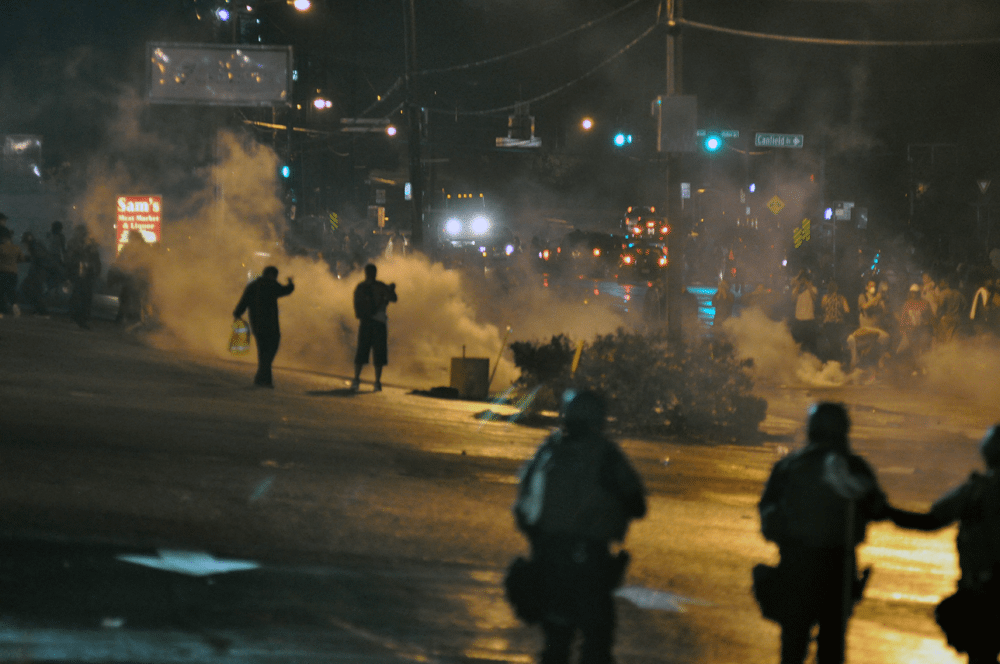 A year and a half ago, I wrote an article for the Huffington Post that I called “Will the Killing of Trayvon Martin Catalyze a Movement Like Emmett Till Did?” I pointed out that Rosa Parks was thinking about Emmett Till — a 14-year-old African American who was brutally murdered by two white thugs in Mississippi in August 1955 — when she refused to move to the back of the bus in December of that year and sparked the Montgomery bus boycott which, in turn, triggered the civil rights movement.

At the time, I hoped the answer to my question would be yes, but I wasn’t sure. I wondered whether the protests over the murder of Trayvon Martin, and the acquittal of his killer George Zimmerman, would coalesce into a sustained movement.

Now we can see that, indeed, a movement for social and racial justice has emerged from the Trayvon Martin murder and more recent events — among them, the tragic killings of Michael Brown in Ferguson and Eric Garner in NYC, and the outrageous failings of our criminal justice system to indict their killers, and the murders of 19-year old Kendrec McDade in Pasadena and 12-year-old Tamir Rice in Cleveland.

Protests around the country have escalated over the past two years. Activists have transformed the outrage into local community organizing projects, voter registration drives, and mass protest campaigns like the Moral Monday movement in North Carolina. They’ve focused on the epidemic of murders, opposition to Stand Your Ground (“shoot first”) laws in many states, the persistence of racial profiling and stop-and-frisk tactics by police, sentencing reform, and the overlapping issue of voter suppression and ex-felon disenfranchisement.

One of the clear successes of these efforts occurred last month, when California voters passed Proposition 47, which lowers penalties for drug possession and petty theft. It is part of a growing effort to challenge America’s mass incarceration crisis, the for-profit prison-industrial complex, and the school-to-prison pipeline that has devastated low-income communities, especially among Black and Latino youth. The new law now makes California a national leader in progressive prison reform. The advocates for Proposition 47 mounted an impressive grassroots effort to identity, register, and turn out “yes” voters. But they also used the campaign to strengthen local community organizing efforts in cities across the state that will continue to mobilize people on issues in-between election cycles.

This wave of activism reflects the difference between what community organizer Ernie Cortes calls hot anger and cold anger. With hot anger we act irrationally and misdirect it toward the wrong people. With cold anger we focus on what we can do to change oppression, exploitation and injustice. (You can learn more about these ideas and Cortes’ work in the book Cold Anger by Mary Beth Rogers).

There is widespread anger around the country about the racial and class injustices. The struggle to reform our criminal justice system is just one aspect of this growing progressive movement.

What’s especially impressive is the large number of young people who are involved in these efforts. They are taking to the streets, the ballot box, and the campuses to make sure that their voices are heard in the corridors of power. And they have been inspired, and taught organizing skills, by a remarkable cohort of 20-, 30-, and 40-something Millennial activists who have become the new leaders of the movements for workers’ rights, women and LGBT equality, environmental justice, criminal justice reform, voting rights, and other issues.

On Friday, Occidental College held a teach-in about the events in Ferguson and the broader issues of racial injustice, organized by Ella Turenne, the college’s director of community engagement. Classes ended this week and students are studying for finals and finishing term papers, so I wouldn’t have been surprised if only 25 students showed up. But more than 200 students, as well as a significant number of staff and faculty, showed up, and stayed for over two hours. In addition to four faculty speakers (Regina Freer, Thalia Gonzalez, James Ford, and me), the students heard from Patrisse Cullors, a founder of Black Lives Matter and a remarkable community organizer.

My 17-year old daughter Sarah, a high school senior, came to the teach-in and we discussed it afterwards. She said she learned a lot and was impressed by the large turnout of students. So was I. It is one more thing that makes me hopeful.

Occidental isn’t alone. On college campus across the country, students are educating themselves about a wide range of issues, but their outrage over the acquittal of Michael Brown’s and Eric Garner’s killers has been particularly palpable. Students are joining forces with activists in surrounding low-income and working class communities who experience the devastating consequences of violence in general, and police brutality in particular, every day.

This generation of young people has grown up in the shadows of 9/11 and Katrina, and came of age just as the mortgage meltdown and the Wall Street-induced recession devastated many of their families. In middle school and high school, many volunteered for Barack Obama’s campaigns for president, inspired by the possibility of electing a young black president who promised to change business-as-usual. He’s delivered on many of his promises, but what most young people see when they look at our national politics is gridlock, the overwhelming influence of money, and a Supreme Court that is out of touch with prevailing attitudes on most issues. Certainly they have reason to be cynical and angry. But more and more of them are learning how to turn their hot anger into cold anger.

If you’re feeling hopeless, or just restless, read Dani McClain’s new article in The Nation, “The Civil Rights Movement Came Out of a Moment Like This,” about the aftermath of the murder of Emmett Till and its parallels today. Sometimes we don’t know that we’re in the middle of a movement-building period. McClain’s article helps us see that now without having to wait for the benefit of hindsight.

In 1964, at the height of the civil rights movement, the great organizer Ella Baker said: “Until the killing of black men, black mothers’ sons, becomes as important to the rest of the country as the killing of a white mother’s sons, we who believe in freedom cannot rest.”

Her words still resonate. We need a bold inter-racial movement to demand social justice for all of America’s sons and daughters. That movement is already underway.

The Limits of Charity