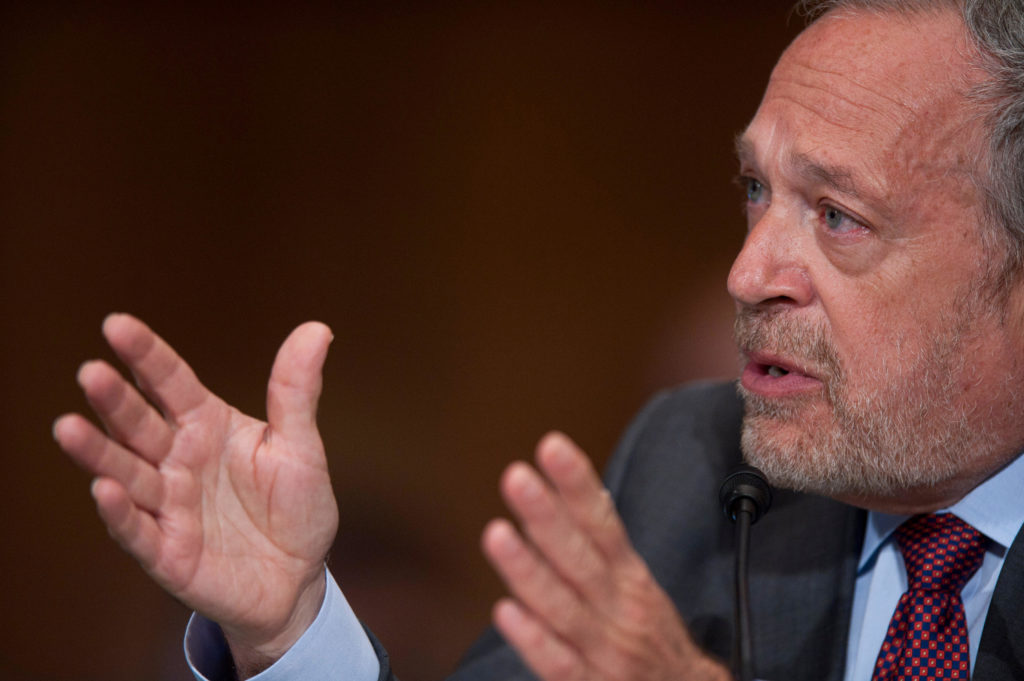 “If [CEOs] were truly courageous, they would be doing everything they could to reduce the power of money in American politics.”

CEOs who challenge Trump on race, immigration and climate are taking “minimal” risks, according to former U.S. Labor Secretary Robert Reich, who holds fast to his well-known skepticism of the corporate responsibility movement in a recent interview with Capital & Main.

Reich questions the value of what he calls CEOs’ “symbolic actions,” such as signing pledges and petitions, and challenges big companies to put their lobbying might behind safeguarding the U.S. Environmental Protection Agency, reducing the power of money in politics and defeating the Republican tax bill. But his optimism about the country’s future rests in what he sees as a level of citizen activism in politics not seen since the Vietnam War.

Reich has written 14 books, including 2007’s Supercapitalism, in which he calls the corporate responsibility movement “a kind of faux democracy.” His most recent book, Saving Capitalism, serves as the basis for a recently released Netflix documentary, in which he takes his vision for the economy into the American heartland. Reich is Chancellor’s Professor of Public Policy at the University of California, Berkeley.

Capital & Main: You’ve written that CEOs can no longer function as “corporate statesman,” as they had in the post-war period. Have this year’s events, with CEOs taking public stands on all sorts of issues, from climate to race to immigration, made you revise your views at all?

Robert Reich: I applaud CEOs who are standing up for American ideals and important principles, but the reality is that they are constrained by their responsibility to maximize shareholder returns.

Since the 1980s, CEOs have been very tightly bound to the demands of shareholders, not only because of private equity partnerships and activist investors who threaten any CEO who departs from the goal of maximizing shareholder returns, but also because CEOs, themselves, are now paid in shares of stock.

So you can bet that when they take a stand against racism, or for other American ideals, they are doing so because their public relations people have assured them that their stands will either promote their brands and help the stock price or, at the very least, won’t hurt their share price.

Do you think they are taking any risks?

Reich: They’re taking minimal risk. Most CEOs of big companies were not prepared to leave Trump’s business advisory council over Charlottesville. After [Merck CEO Kenneth Frazier] took a very courageous stand, he shamed the rest into following suit. There might have been a negative effect on their share prices and on their public images if they had not done so.

I think they did the right thing, but if CEOs were really courageous, and felt that they could take strong stands, [they] would have spoken out much more forcefully against Trump’s decision to leave the Paris climate accord. They would be speaking out right now against the shortsighted and dangerous tax bill that is coming through Congress….If they were truly courageous, and didn’t have to worry about their share prices, they would be doing everything they could to reduce the power of money in American politics. 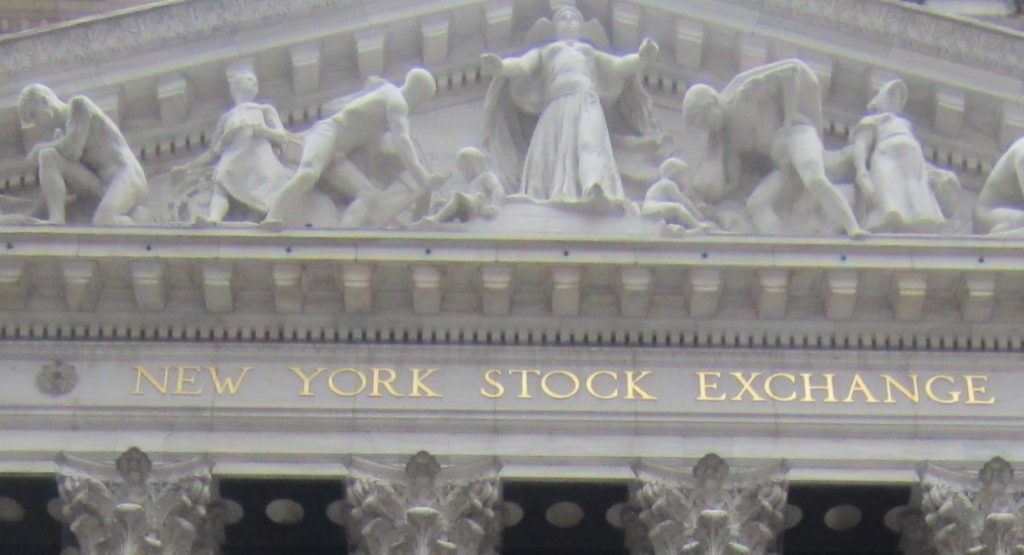 There are 1,700 companies and investors that have signed a pledge to support climate action to meet the Paris targets, including some big ones like Walmart, Apple and Google. Aren’t these companies playing an important role in keeping the world on track to meet those goals?

Reich: Remember, these big companies constitute a large proportion of the financial contributions that these Republican members of Congress, in fact all members of Congress, are receiving. If these CEOs of these big companies instructed their lobbyists to demand action on climate, and to overrule Trump’s actions on the Paris accord, and also on the evisceration of the EPA, we’d be in a completely different place politically, today.

Signing pledges and putting their names on petitions and other symbolic actions are fine, but there is no substitute for using political power.

You’ve made a broader critique of corporate responsibility efforts, which are now housed in most major corporations, and you’ve called them a kind of “faux democracy.” What makes you say that?

Reich: They may engage in public relations activities that help sales, including sounding very responsible about the environment. But there’s no reason to suppose they are going to do anything that will undermine shareholder value in the pursuit of social purposes or social goals. To expect otherwise is to fall for a large scam, and to be distracted from the realities of political power. The way we get action on the environment, or any other important goal, is through legislation that forces companies to make changes.

Because these companies are so powerful, they also can have tremendous impact when they make internal policy changes. If Google sets ambitious renewable targets, or Levi Strauss works to improve conditions in its supply chain, is that not better than the alternative?

There’s research showing that people increasingly want to invest in, and work for, companies that have a social purpose. Do you think that the socially conscious consumer or investor can force corporations to serve broader goals, beyond increasing returns to shareholders?

Reich: Well, I like the idea. But, in practice, that’s not what’s happening. In fact, if anything, corporate governance is becoming more and more restrictive. CEOs don’t have the latitude to use their profits as slush funds to do whatever they want to do. Regardless of how much we might like them to do at least some of what they’re doing, they are very tightly controlled by the demands of activist investors, private equity managers and Wall Street analysts.

You’ve argued that the balance of power has shifted away from the public sphere and citizens, towards corporate lobbyists and large monopolies. In spite of how things look, do you think we are already at a moment when the Trump agenda can be successfully challenged?

Reich: I’m generally optimistic. One of the silver linings on this dark, Trump cloud is the citizen activism that has emerged at the local and state levels. I haven’t seen this degree of engagement since the anti-Vietnam War movement of the late ’60s. Our best chance of constraining Trump and stopping Republicans from [inflicting] more damage is through this citizen activism. It’s already stopped the repeal of the Affordable Care Act and, hopefully, it will lay the foundation for much more in the future.

The Business of Change: Can Business Schools Make Companies Ethical?