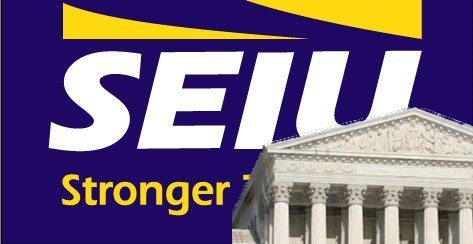 Springtime is typically emblematic of the birth and growth of new life forms. However, in 2014 this time of year could become a moment of death for the labor movement as we have come to know it. In the coming weeks the United States Supreme Court will render a decision in the case of Harris v. Quinn that could paralyze labor’s ability to organize workers throughout the country. Despite its major implications, the case remains largely absent from our mainstream discourse or even within discussions among progressive allies.

Harris v. Quinn comes out of years of successful organizing by the Service Employees International Union to win collective bargaining rights for thousands of home health and child care workers in Illinois. In 2009, Democratic Governor Pat Quinn signed an executive order to grant home care workers the right to unionize.

The main plaintiff in the case, Pamela Harris, contends that she and six other home caregivers do not want to be union members and, therefore, should not be forced to pay what are known as agency fees. These are monies collected from nonunion members in lieu of dues to help pay for the cost of representing all workers within a given bargaining unit.

Courts have protected this practice numerous times, utilizing the precedent established in Abood v. Detroit School Board (1977). Abood affirmed that unions could collect fees from nonunion members within a unionized workplace, as long as those fees are not used for ideological or political purposes.

The phrase “ideological or political purposes” is key to why this case is significant to the labor movement and the country as a whole. The plaintiffs’ anti-union conservative supporters and financiers are putting forward an ideological and political argument against the perceived dominance of labor within Illinois’ political system. This battle is really about conservative and corporate interests’ attempting to diminish Democratic power in Illinois, thus putting Illinois’ 20 Electoral College votes and its state legislature in play for the Republican Party for years to come.

Attorneys for Harris argue that:

While the lower courts have sided with Governor Quinn and the State of Illinois, the Supreme Court, with its conservative-led majority, could go another direction. It could rule that home care workers and, by extension, child care workers, are not state employees and, therefore, cannot collectively bargain. Such a ruling would challenge the status of thousands of service workers across the nation who have successfully fought to have a real voice in the workplace.

However, there is a more damaging possibility. The high court could choose to attack the financial foundation of organized labor by reversing Abood — ruling that agency fees are indeed a violation of the plaintiffs’ rights. Such a ruling could essentially make every state a “right to work” state. This would mean that labor unions would have to spend most of their time soliciting dues rather than fighting to improve working conditions for their members. One would only have to look at Wisconsin to see the potential damage a decision like that could create.

Of course, the court could surprise us all and affirm the decision of the lower courts. However, many legal experts believe that the Supreme Court took on this case to establish a new precedent. One that would make organizing workers in both the public and private sectors a more difficult and strenuous task for an already declining labor movement.

Couch Surfers and Billionaires: On the Sharing Economy

Finance the Future By Investing in Change