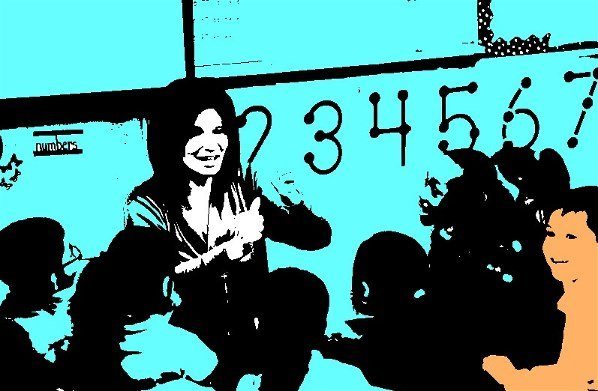 The latest legal assault on the right of the state’s public-sector unions to collect dues was filed in Los Angeles earlier this month by StudentsFirst, the Sacramento-based, national school-privatization organization.

The federal suit, Bain v. California Teachers Association, was brought on behalf of four California public school teacher union members who claim that the state’s current “fair share” rules infringe on their rights by forcing them to choose between paying for union-supported political causes with which they disagree or quitting the union. It seeks to bar unions from collecting dues money earmarked for political purposes as a condition of membership.

At stake are an estimated tens of millions of dollars — and a corresponding political clout — that unions stand to lose if the suit succeeds in making voluntary the 30 percent to 40 percent of dues that members currently pay for political activities.

Also being sued are the union locals where three of the teachers work along with the superintendents of Los Angeles Unified (LAUSD), West Contra Costa Unified and Arcadia Unified school districts.

“These folks essentially want to have their cake and eat it too,” CFT president Joshua Pechthalt told Capital & Main. “They disagree, I guess, with all of the union’s political stances, and so they want to be able to opt out of that portion. … It seems pretty clear to me that part of the intent of this suit is to weaken public sector unions.”

Not so, insists StudentsFirst spokesperson Kellen Arno. “I think that all the plaintiffs involved in this case are ardent supporters of the union. They want to be a part of the union. They appreciate all the representation that the union provides. I think they just don’t want to be coerced into also supporting a political agenda.”

The plaintiffs include StudentsFirst activists April Bain, a math teacher with LAUSD, and Bhavini Bhakta, an Arcadia Unified teacher who has testified on behalf of StudentsFirst in the past on proposed state education legislation, and testifed for plaintiffs in last year’s Vergara trial, which successfully challenged the state’s teacher tenure laws.

California law requires that a union represent all workers at a so-called agency shop in matters of collective bargaining and workplace grievances, regardless of membership status. In return, the union can charge nonmembers a fair share of costs incurred under its statutory obligation to represent them in collective bargaining.

The Bain lawsuit, however, contends that by forcing dissenting teachers to forego union membership and the additional benefits provided by unions for its members, the law represents an unconstitutional First Amendment burden.

“There’s something like 40 years of legal precedent establishing our right to determine the qualifications for membership,” Pechthalt said. “And to that extent, from our perspective, I wouldn’t call this a frivolous lawsuit, but it doesn’t have merit.” Bain signals the first major attack against teachers unions by StudentsFirst since its founder, former Washington D.C. school superintendent Michelle Rhee, resigned under a cloud last August. She was replaced as the group’s president by Jim Blew, who has worked as an advisor to the Walton family, the owners of Walmart.

Bain also follows on the heels of a barrage of lawsuits brought against unions in the wake of Supreme Court decisions in 2012’s Knox v. Service Employees International Union, Local 1000 and last year’s Harris v. Quinn, in which a conservative majority, led by Justice Samuel A. Alito Jr., used First Amendment arguments to chip away at state laws requiring public-sector workers to pay union dues.

Chief among those cases is Friedrichs v. California Teachers Association, a suit similar to Bain that was filed in 2013 by the ideologically conservative law firm Center for Individual Rights. The suit was submitted on behalf a group of 10 nonunion teachers challenging Calfornia’s law that authorizes teachers’ unions to charge agency fees to nonmembers. That lawsuit is now on appeal to the Supreme Court.

“Friedrichs is sort of attacking [Abood] head-on,” labor attorney and Century Foundation fellow Moshe Marvit told Capital & Main, “saying that it should be overturned, that the whole agency fee or fair share provision model that Abood sort of formalized in the public sector should be deemed unconstitutional. Bain is not attacking Abood in the same way. It’s saying that a fair share balance should be struck, not necessarily in favor of a right to work, but more in favor of the idea that nonmembers should get all the benefits of membership.”

Marvit: Not optimistic about SCOTUS

The common denominator, Marvit added, is an argument conservatives have been making for a long time — that people shouldn’t have to join a union, and even if the majority votes for it, they shouldn’t have to pay for political activities. That doesn’t mean the logic employed by Bain isn’t convoluted.

For California teachers unions, bearing the brunt of the suits has forced them to reallocate resources away from initiatives aimed at benefiting public schools. But, Joshua Pechthalt adds, it also highlights the competing, market-driven vision for education of the corporate reformers.

“It’s about testing kids to death,” the CFT president declared. “It’s about frankly creating greater disparity between kids from well-to-do families … and the growing number of middle- and working-class kids who are both finding higher education out of reach while attending schools that have, over the last 10 to 15 years, deadened learning.”

With Friedrichs a strong possiblity to land on the Supreme Court’s calendar, Marvit isn’t optimistic about the future of Abood.

“It seems like in Alito’s decisions,” observed the attorney, “he’s very much kind of laying the groundwork for destroying Abood and inviting a case that attacks it head-on. I think that’s what Friedrichs was made for, and I can’t imagine they won’t accept it. And if they do, if they don’t use it to kill Abood, I think they’ll just take one more kind of furious swipe at it. But I think over the next few years, it’ll probably be overturned.”

The View from U.C. Riverside

The Stalled Engine of Social Mobility