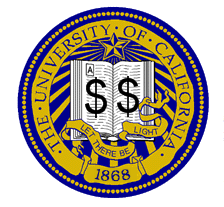 (The following post first appeared on Dog Park Media and is republished with permission. It describes events that occurred earlier today at a Regents meeting held at the University of California’s Mission Bay campus. A news update can be found here.)

About 500 students are currently blockading entrances to the University of California Board of Regents meeting at UC San Francisco this morning, where the Regents are scheduled to vote on a budget that presumes a 24 percent across-the-board increase on UC tuitions over four years. Picketing students have pledged to shut the meeting down.

According to Charlie Eaton, one of the organizers of the protest and co-author of a report released this week that charged the Regents with employing exotic financial instruments that doubled the UC system’s debt load over three and a half years, as of 8:45 a.m. PT only a third of the Regents have made it inside the building. About 100 students are inside, according to Eaton.

At Governor Jerry Brown’s prompting, yesterday the trustees of California’s State University system postponed a decision on fee hikes and the Regents backed off a plan to raise fees on UC professional school students. But major tuition hikes for all UC students remain on the table. The Regents have voted to increase tuitions in all but two of the last eleven years, this year being one of the two.

Last week, California voters passed Proposition 30, which raises taxes in part to stem tuition hikes in the state’s UC and CSU systems. Student organizing and activism played a major role in the success of the Prop 30 campaign. Yet in the very first meeting of the UC Regents following the measure’s passage, the battle over tuition hikes is continuing unabated.

“These proposed increases are totally unacceptable, especially given the fact that the Regents leveraged student tuition hikes to enter into reckless interest rate swaps that created a huge part of UC’s financial mess in the first place,” said Eaton. “There will be no business as usual today for the UC Regents.”

Leighton Woodhouse is a partner and co-founder of Dog Park Media and Communications Director of the National Union of Healthcare Workers.

Related Topics:Proposition 30UC Board of Regents
Up Next

Three Generations: From Fields to Construction to UCLA