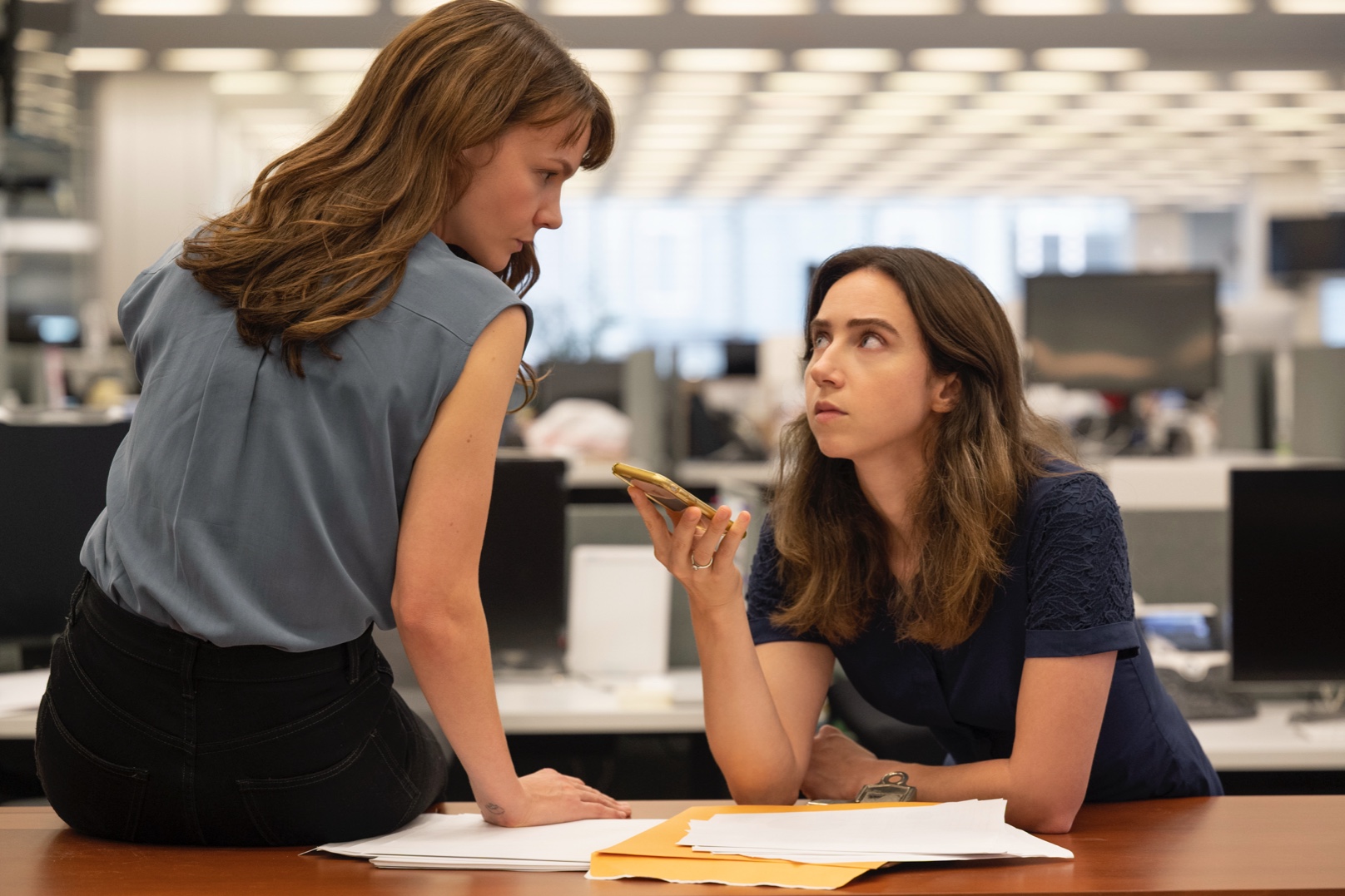 The power of the press can bring down the mighty without firing a shot, and with our democracy  — and the media — increasingly under attack, investigative journalists are the pen-wielding warriors on the frontlines of that battle. Case in point: the reporting that spawned the #MeToo movement, the social crusade that brought to light modern society’s systemic sexual abuse, sexual harassment and rape. What helped ignite that movement was a Pulitzer Prize-winning New York Times report that uncovered innumerable sexual assaults by film producer Harvey Weinstein.

The Times’ Megan Twohey and Jodi Kantor’s reporting eventually led to over 80 women stepping out of the shadows to reveal assaults by the movie mogul, who now sits in a prison far removed from his perch as the one of the most powerful figures in Hollywood. Now the story of how these investigative reporters brought down a mogul is the subject of the film She Said (opening in theaters today).

Any film about investigative journalism will invariably be compared to the 1976 classic All the President’s Men. And understandably so. The Watergate scandal was a story most every American felt they knew, yet fewer than four years after President Nixon’s resignation, filmmaker Alan J. Pakula delivered a mesmerizing mix of mystery and suspense that still felt fresh, punctuated by the type of details usually found scribbled on pages in reporters’ notepads.

Although that film’s antagonist targeted political enemies from the Oval Office, She Said’s preyed on women. During their grueling pursuit to expose Weinstein’s discretions, Twohey and Kantor (expertly played by Carey Mulligan and Zoe Kazan, respectively) quickly learn that the Tinseltown tycoon wields immense power and influence that, bolstered by the culpability of both genuflecting sycophants and the enabling entertainment industry as a whole, allow his misdeeds to multiply. Weinstein abused and violated women for decades, until his horrifying actions were finally revealed to the world by dogged reporting.

She Said director Maria Schrader deftly decides not to depict any of Weinstein’s numerous assaults, relegating Weinstein’s presence to a voice on conference calls or a few shots from behind of a balding actor portraying the disgraced producer. This effective, restrained approach delivers one of the film’s most powerful moments. We hear the authentic audio captured by Filipina-Italian model Ambra Battilana Gutierrez, as Weinstein vacillates between pleading and threatening in his efforts to coax her to come with him to his hotel room. It is at once revealing and sickening.

Although always engaging, She Said never elevates its action cinematically. The pacing lacks dynamics, the visuals lack punch, and the music is forgettable, especially when compared to the spellbinding craftsmanship in Pakula’s masterwork. But what the film does well is illustrate the level of detail needed for these scribes to get the goods necessary to publish their story. We see the determination necessary to fly across the country when phone calls go unanswered, but also the sensitivity essential when trying to get victims to go on record without reopening past wounds.

When, after all the hang-ups and slammed doors, Twohey and Kantor’s hellbent persistence and precision pay off, we experience some of the emotional impact these reporters felt when the first victim decides to go on record. And Weinstein’s fate is sealed. The devil is, after all, in the details.