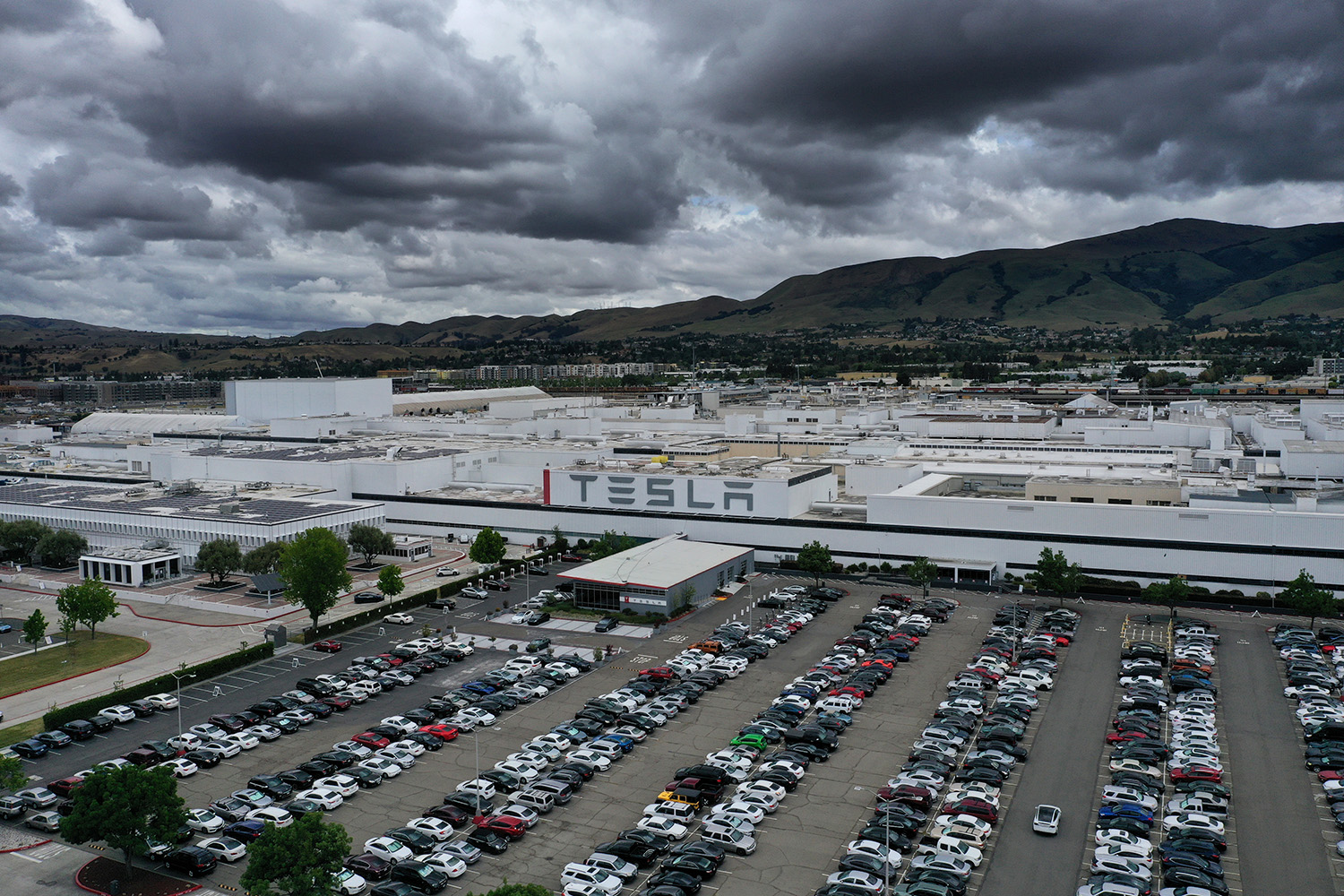 In the spring of 2017, when Fatima Islam learned she had been hired to work at Tesla’s production plant in Fremont, Calif., she had high hopes. Then a single mother of two young children, the 33-year-old was willing to face the four-hour round-trip commute from her home in Merced, and didn’t flinch when she learned she was expected to work 12-hour shifts, six days a week, inspecting Model 3’s that rolled down the line.

“I had heard so many great things about Tesla,” she said. “I thought that I would be able to grow at the company and turn it into my career, maybe be there my whole life.”

On the plant floor, Islam quickly started having second thoughts. As an African American woman, she noticed a striking lack of women or African Americans in supervisory roles. Soon after getting hired, she became pregnant, and during one grueling shift she fainted. Later, she said, one of the mechanical technicians referred to her as “the Black pregnant bitch.” Islam said that the same employee repeatedly harassed her 18-year-old co-worker, another African American woman, demanding that she sleep with him. When Islam reported the incidents, bringing along multiple witnesses, she said nothing was done. “He let it be known that he’s cool with HR,” she said of the technician. Soon after, she said, the 18-year-old was fired.

According to California’s lawsuit against Tesla, workers at the factory used, along with the n-word, terms such as “monkey toes,” “boy,” “hood rats” and “horse hair.”

Equally shocking to Islam was the overt racism. She heard the n-word constantly on the plant floor, while Latino workers also called her a mayate, roughly the Spanish language equivalent. Supervisors, she said, did nothing in response; in fact, floor leads sometimes joined in. Racist graffiti, including the n-word and swastikas, were carved into workbenches and scrawled on bathroom stalls.

Tesla did not respond to a request for comment. “They make it seem like this great place,” said Islam, of the high-end electric vehicle company that positions itself as a force for social good. “But the nickname for the Tesla plant was ‘the slave ship,’” she said. “You see how comfortable they are with things like that?”

Islam finally left Tesla in 2020, and in September of 2021 she filed a complaint with the California Department of Fair Employment and Housing (DFEH), alleging that she suffered racial and sexual harassment and discrimation.

While Islam’s individual complaint is still pending, last week the DFEH dropped a bombshell of a lawsuit based upon a nearly three year investigation, which included factual allegations from Islam and other workers. According to the DFEH lawsuit, workers at the factory used, along with the n-word, terms such as “monkey toes,” “boy,” “hood rats” and “horse hair,” and referred to areas where African Americans were concentrated as the “porch monkey station.”

The Tesla Fremont plant is the only nonunion auto plant in the U.S. that is operated by a major American carmaker.

The lawsuit also alleges that the pervasive racism placed African Americans into the most physically demanding jobs; one worker that DFEH interviewed reported that only Black workers were assigned the task of cleaning the factory floor on their hands and knees. The lawsuit states that African American workers had complained about racial harassment and discrimination as far back as 2012, and that in response to complaints, they were “falsely accused of being late, unjustifiably written up, denied transfers, assigned to physically strenuous posts or undesirable locations, constructively discharged or terminated.”

In response to the lawsuit, Tesla published a blog post refuting the allegations. “Tesla has always disciplined and terminated employees who engage in misconduct, including those who use racial slurs or harass others in different ways,” the company wrote. “A narrative spun by the DFEH and a handful of plaintiff firms to generate publicity is not factual proof.”

The DFEH lawsuit is only the most recent alleging racial and sexual discrimination and harassment at Tesla’s Fremont plant, which employs more than 15,000 workers across 5.3 million square feet. According to the lawsuit, African Americans hold no executive positions at the plant and make up only 3% of the professional positions, while filling 20% of the factory operative jobs. Previously the home to General Motors and Toyota, the Fremont plant is the only nonunion auto plant in the U.S. that is operated by a major American carmaker. “Our mission: to accelerate the world’s transition to sustainable energy” is stenciled over the entrance.

In an article published Feb. 11, the Los Angeles Times reported that “the last two years have seen a major uptick in racial and sexual harassment suits against the company,” including at least five in the previous six weeks. Last October, a federal jury ordered Tesla to pay a Black elevator operation at the plant, Owen Diaz, nearly $137 million because the company ignored the racist abuse he suffered. Tesla has since challenged the decision in court.

“If you’re hush hush and let everything slide past, you’re gonna move up. But if you’re someone who stands your ground and has morals, you’re going absolutely nowhere.”

In 2017, a class action lawsuit was jointly filed by the California Civil Rights Law Group and Bryan Schwartz Law, also alleging widespread racial and sexual harassment at the Tesla plant. The suit, which is still active, was filed on behalf of African-American workers at the Tesla plant hired by staffing agencies, who, unlike direct Tesla employees such as Islam, had not signed mandatory arbitration agreements that prevented them from suing their employer in court. “Although Tesla stands out as a groundbreaking company at the forefront of the electric car revolution,” the lawsuit contends, “its standard operating procedure at the Tesla Factory is pre-Civil Rights Era race discrimination.”

In response to the 2017 lawsuit Tesla CEO and Product Architect Elon Musk responded with an email to workers. “Part of not being a huge jerk is considering how someone might feel who is part of an historically less represented group,” he wrote. “In fairness, if someone is a jerk to you, but sincerely apologizes, it is important to be thick-skinned and accept that apology. If you are part of a less represented group, you don’t get a free pass on being a jerk yourself.”

For Islam, who has since found another job where she says she is thriving, asking employees to be thick-skinned in a racist and sexist workplace is another way of asking workers to be quiet. “If you’re hush hush and let everything slide past, you’re gonna move up. But if you’re someone who stands your ground and has morals, you’re going absolutely nowhere. For a person like me who never really missed days, who has worked on every line, there’s no way I shouldn’t have leveled up,” she said, referring to being promoted. But while she remained in the same position, inspecting Model 3’s on the line, she said she watched non-Black workers rise quickly, and attributes her lack of promotion to three factors.

“One, I’m a woman. Two, I’m African American. And three, I won’t stand for anything. You’re not going call me the n-word, you’re not going to sexually harass someone and I’m going to shut up about it. That played a big part in why I didn’t make it with Tesla. Because now I’m watching myself level up so quickly in the workplace, and I’m still me.”

Correction: A previous version of this story stated that the Tesla Fremont plant was the only major nonunion auto plant in the U.S. The Tesla plant is the only nonunion U.S. plant operated by a major American carmaker. We regret the error.

Can California’s ‘Momnibus Act’ Create a Better Future for Black Moms and Babies?

What Does the End of Forbearance Mean for California’s Homeowners?