The following additional conversations have been lightly edited for clarity. For full article, see A Great Divide: The Election Fight for California’s Schools.

Doesn’t the academic performance of California students have a lot to do with being near the bottom of the state on money spent per pupils?

Definitely funding has to play a role . . . but it doesn’t play the only role. I can share this from pure experience because I’ve worked in schools where we had limited funding and had better results. Also, at some schools where we actually got more funding the results didn’t necessarily translate into great success.

How do you counter arguments that Mr Torlakson has more classroom experience than you?

What about the perception that you are aligned more with school reformers than teachers and other traditional education advocates?

I don’t really think of myself as an education reformer versus the teachers’ union. Teachers are essential to schools. I think of it as we’ve got six million kids in our state that are going to public schools right now and we are not making the changes necessary for them.

Some people, such as education historian Diane Ravitch, dismiss your stewardship at the Partnership for Los Angeles Schools as unimpressive – care to comment?

I’ve never received a call or an email from Diane Ravitch. In terms of the Partnership, we have the highest improvement of any large school system in the state.

Where do you stand on the Parent Trigger law?

I’m a supporter [of] the idea that if a school is doing a really poor job for a long period of time, that parents have more power to drive change at that school.[/box] 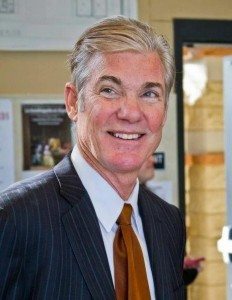 Why are you running for a second term?

I’m running to continue our work to send more money straight to schools and classrooms and give all students the world-class education they deserve. I approach this job as a teacher. I know that decisions about our education dollars are best made by local schools, parents and teachers themselves – not politicians in Washington or Sacramento.

What will be your second-term objectives?

I’ll continue to fight for the resources our students and schools need, including critical investments in early education. I also believe students need a taste of the working world before they graduate. That’s why I will continue our work to expand career and technical training for high school students.

Why should voters choose you over challengers Lydia Gutierrez or Marshall Tuck?

I’m not focused on my potential opponents. I know that one is a perennial Republican candidate and the other is a former Wall Street investment banker.

How do you respond to Mr. Tuck’s charge that California’s low math and reading scores are proof your office hasn’t done enough for students?

Classroom teachers face this kind of criticism every day – whether it comes from Washington or Wall Street. People have an agenda and they want to impose it on our schools. We still have a long way to go, but after years of decline and billions of dollars in funding cuts, we’re seeing real progress – including higher graduation rates and lower dropout rates statewide.

How effective or ineffective has the Parent Trigger law been so far?

I think it is too soon to judge. We have 10,000 public schools in California and Parent Trigger has been attempted in only a few, and only in the last few years. We have much better evidence that the most effective reforms over the long term are like those undertaken in the Quality Education Investment Act, a bill I authored to direct $3 billion in new funding to help parents, teachers and communities plan and carry out school-specific local improvements at low-performing schools.

A Great Divide: The Election Fight for California’s Schools

The Education of Ted Mitchell