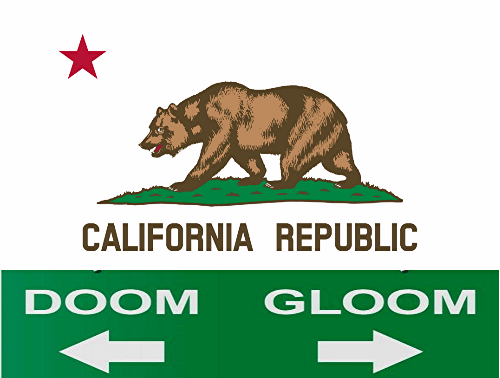 Last week’s announcements about 2013 earnings by California’s largest public pension funds suggest the agencies may be making significant progress in shaking off the lingering after-effects of the 2008 stock market crash.

The California Public Employees’ Retirement System (CalPERS) said it rode a 25 percent run-up in stock prices to post a 16.2 percent gain for its 2013 portfolio — its best showing in a decade. For its part, the California State Teachers’ Retirement System (CalSTRS) reported an impressive 19.1 percent return on its 2013 investments, led by a 28 percent return on its stock holdings.

The announcements undoubtedly came as welcome news to the roughly 1.6 million California government workers and 860,000 public school teachers represented by the systems. Ever since the 2008 global financial meltdown, their pensions  have been in the crosshairs of fiscal conservatives and anti-public pension activists who wish to see the employees’ traditional defined benefits plans replaced by 401(k)-type packages.

However, the reports couldn’t come at a worse time for San Jose Mayor Chuck Reed and his politically conservative backers, whose statewide retirement-cutting ballot initiative now finds itself undermined by prosperity. Its political momentum had already shown signs of faltering last November, when Reed was forced to tone down some of the measure’s harshest and more constitutionally radical language. Then California Attorney General Kamala Harris released the state’s official title and summary for the ballot initiative and Reed’s Pension Reform Act of 2014 re-emerged as the less gainly but more descriptive Public Employees Pension and Retiree Healthcare Benefits Initiative Constitutional Amendment.

When reached for comment, Reed welcomed the pension-fund news, yet reiterated that the grounds for his ballot measure remain.

“It’s certainly good news for everybody — the beneficiaries of the plans and the taxpayers that have to fund them,” Reed told Capital & Main. “But it doesn’t eliminate the enormous unfunded liabilities, either for CalPERS and certainly not for CalSTRS. The governor identified $218 billion of unfunded liabilities just for the state-level liabilities and many, many billions more at the local level. So, yeah, this is a step in the right direction, but fundamentally it doesn’t change the problems that the state of California faces and local governments face with huge, unfunded liabilities.”

Yet research groups, such as the  nonprofit National Institute on Retirement Security, counter that the current status of most public pension funds is primarily the temporary result of the recent economic downturn. The Washington, D.C.-based organization, as well as investigative journalist David Sirota, point to a Boston College study showing that making up funding shortfalls will be relatively painless if spread out over several decades.

“There’s little doubt that this makes it more difficult for people like Reed who are proposing a radical change to the state’s public pension system,” says Logan.

Logan claims that the proposed ballot measure has been on shaky political ground almost from the start.

“Reed was already facing difficulties,” Logan says. “Many Republicans in Sacramento don’t support his scheme because they are worried it will drive up the Democratic vote in a low-turnout election. Most of his money to date has come from an out-of-state conservative. Some of the original small-town Democratic mayors who supported him have now thought twice about it; and polling suggests that when voters really understand what he’s proposing, most are against it.”

Reed was noncommittal when asked about his initiative’s chances for being placed on the 2014 ballot.

“We’re still moving ahead, whether it’s 2014 or 2016, a decision has yet to be reached,” he said. “But we are currently talking to our lawyers and our stakeholders about the ballot language — the fact that it is inaccurate and misleading is something that is troubling. To get it corrected, we may have to bring a suit in the Superior Court against the attorney general to correct the language. That’s a decision that we are currently considering.”

Reed’s skepticism about the fiscal health of the retirement funds is shared by longtime public-pension critic Marcia Fritz, the president of the California Foundation for Fiscal Responsibility. An advisor to  Reed on the ballot initiative, Fritz is not impressed by the pension systems’ new performance numbers.

“It’s not anything we didn’t expect,” she says. “With my own portfolio, I actually did quite a bit better than CalPERS and I don’t think they beat the market if you compare them to other criteria. On their own they did okay, but if you look at other pension plans across the nation and other investment returns, they were either comparable or slightly below.”

What is more important, Fritz insists, pointing to fact that CalPERS’ projected 30-year unfunded liability currently hovers at 75 percent (still significantly shy of its pre-crash 101 percent but better than the 60 percent of 2009), “is now that they’re fully recovered, we should be fully funded and we’re not. They’re talking about continuing to have to increase pension costs as a percentage of payroll. So that tells you that things are not [that] good.”

Ken Jacobs, director of the University of California, Berkeley’s Labor Center, disagrees with Reed and Fritz’s gloomy assessments and, instead, believes the recovery of the public employee pension system is on track, thanks to reforms that have already been put in place during Governor Jerry Brown’s recent tenure. These include ending so-called “pension holidays,” during which investment earnings were substituted for the required contributions to pension funds if times were prosperous.

“The big issue,” Jacobs says, “was that [there were] pension holidays during the period that the stock market was doing very well, and had the pensions been paid into, at normal cost as they always should during the time the stock market was doing well, we wouldn’t be in this situation we’re in right now. Full recovery will take time, and that’s why the amount that state and local governments and employees are paying toward their pensions were increased in order to make up for those shortfalls.”

Technically, the CalPERS and CalSTRS announcements of the calendar year returns haven’t altered the pension systems’ outlooks or balance sheets by a single cent. That’s because official measures of performance and unfunded liability are based on fiscal year returns.

However, asserts Hank Kim, the executive director and counsel for the National Conference on Public Employee Retirement Systems, that doesn’t mean the news isn’t significant.

“It certainly benefits us rhetorically,” Kim says, “that pension plans are doing well, that returns are significantly above the expectations, which then can go towards addressing some of the underfunding created by the Great Recession. … It adds a quiver to our rhetorical defense against some of those who believe that public pension plans ought not to exist.”

Bill Sokol, who is a senior partner at the labor law firm Weinberg, Roger & Rosenfeld and represents benefit funds, concurs that 2013’s superlative returns are good news for public retirees. He is blunt when it comes to Reed and his pension measure.

“It’s a total smokescreen,” says Sokol. “You know, he’s Silicon Valley’s mayor; he is the mayor for companies that keep literally hundreds of billions of dollars outside the U.S. borders so there won’t be taxes to pay for the infrastructure they use here in the state of California, so they won’t have to pay for the policemen and the firemen and the school teachers in Silicon Valley.”

“They are not reforming people’s retirement,” Sokol continues. “They [are out] to eliminate and destroy the very idea that working people in America can have a decent retirement and reach a point in their lives where they can stop working and enjoy the fruits of their labor.”

Whether or not Reed will still forge ahead and gather the signatures needed to put the measure before voters this year, or hold off until 2016 in the hopes that the economic news will be less rosy is unclear at this time.

Fritz remains optimistic. “You know the problem is that we’re going to be looking at another recession,” she says. “I know that the next downturn is going to be devastating.”

Careless: How Governor Brown Is Harming California’s Seniors and Disabled — and the People Who Care for Them