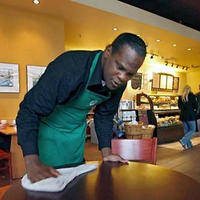 The New York Times recently reported on how small business owners in certain cities are dealing with paid sick days laws. The takeaway? These new requirements have caused very little pain. The article highlights Bill Stone, the owner of Café Atlas in San Francisco’s Mission District, who was initially leery of paid sick days for his employees back in 2007 when San Francisco became the first city in the nation to implement a paid sick leave law. In 2007 Bill felt that the new paid sick law would only make it more expensive to run his business.

But Stone recognizes that his fears about paid sick days were unfounded. Robb Mandelbaum of the Times writes:

Six years later, Mr. Stone admits to having been a little alarmist about paid sick leave. “As a small restaurant business, it’s really hard to make money, and when they add another requirement, it makes you nervous,” Mr. Stone said in a recent interview. “But all and all, I actually think it’s a good thing.”

Cities such as San Francisco, Washington, D.C., Portland, Oregon and the state of Connecticut all have similar paid sick days laws in place, and according to the article, “It can be difficult to find small-business owners [in these places] who say they have been hampered by the law’s obligations.”

Nearly two-thirds of all small businesses in San Francisco already provided paid sick leave, even before the law was implemented.

“I don’t remember when we didn’t have paid sick leave,” said Paul Cowden, who employs four people at Cowden Automotive, a San Francisco car repair shop he started in 1978. “To me, it’s a humane way to run a business. And I give my guys their time if they don’t use it. I figure I’m making deposits in my karma bank.”